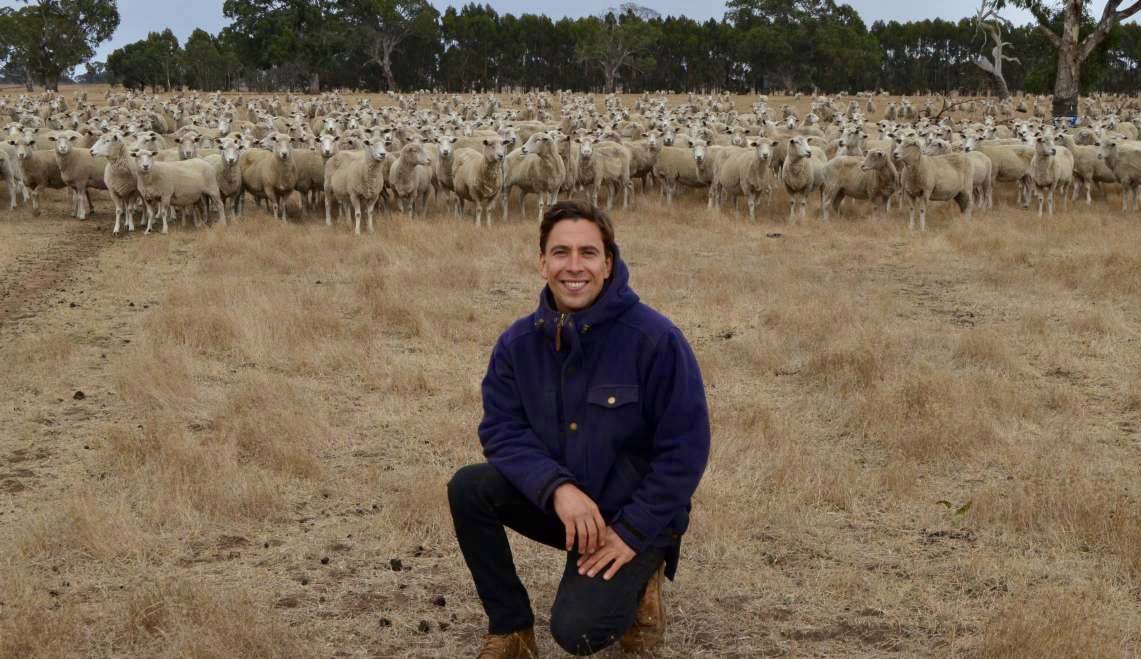 SCHOLAR: Johnny Gardner, Cavendish, says it has been challenging to put international travel on hold.

Overseas travel may be off the cards but Nuffield scholars are still keeping busy.

Nuffield scholars have been forced to adapt their research following the ban on overseas travel.

Mr Gardner applied prior to the pandemic and had planned to travel to Europe, North and South America to research the lamb industry.

He hoped to get an insight into lamb production, marketing and market access, and also draw on other industries to see how Australia could improve when it came to sustainability, traceability and consumer feedback.

He said it was a challenge at the start because there were so many unknowns.

"We sat idle a little bit just at the start, wondering 'will this be over after 12 months and then we'll go hard?' but then it's gone a bit longer now," he said.

"To keep motivation has been really challenging.

"Even just the disruption of your own business.

"I'm trying to just utilise Zoom and probably the connections of Nuffield as well."

He commended Nuffield for managing to keep the ball rolling.

Past scholars from Ireland, Brazil, the Netherlands and Kenya had put together online presentations of their businesses, which had been a real eye-opener about the issues and work being done in other countries, he said.

"We've had a fair bit of exposure in what is a limiting time," he said.

"The plan is still to travel around the world, it just might not be quite as long.

"Just with this all being so unknown, my thought is that the most likely thing will be domestic and maybe travel through New Zealand."

Nuffield Australia chief executive Jodie Redcliffe said there was still strong interest in the scholarships even after the the pandemic hit.

"It just goes to show the agricultural sector is pretty resilient and pretty used to coping with whatever's thrown at them," Ms Redcliffe said.

"What we've emphasised to our scholars is that we have a fantastic network and whilst we can't see people face to face, we can certainly make those connections with our network."

Scholars had been given extensions on their research but were also using Zoom to get started, she said.

"We actually think these guys will be the best prepared of any of our scholars because they will have started the process and started their research," she said.

"When they are travelling they'll really be able to drill down on what they want to know."

Domestic group travel had been planned for August through to October but the escalating cases in Sydney and Melbourne had put that on hold too.

Some individual scholars had already been able to travel domestically.

"We identified that early on as a fantastic opportunity for us to connect our alumni and our current scholars here in Australia," she said.