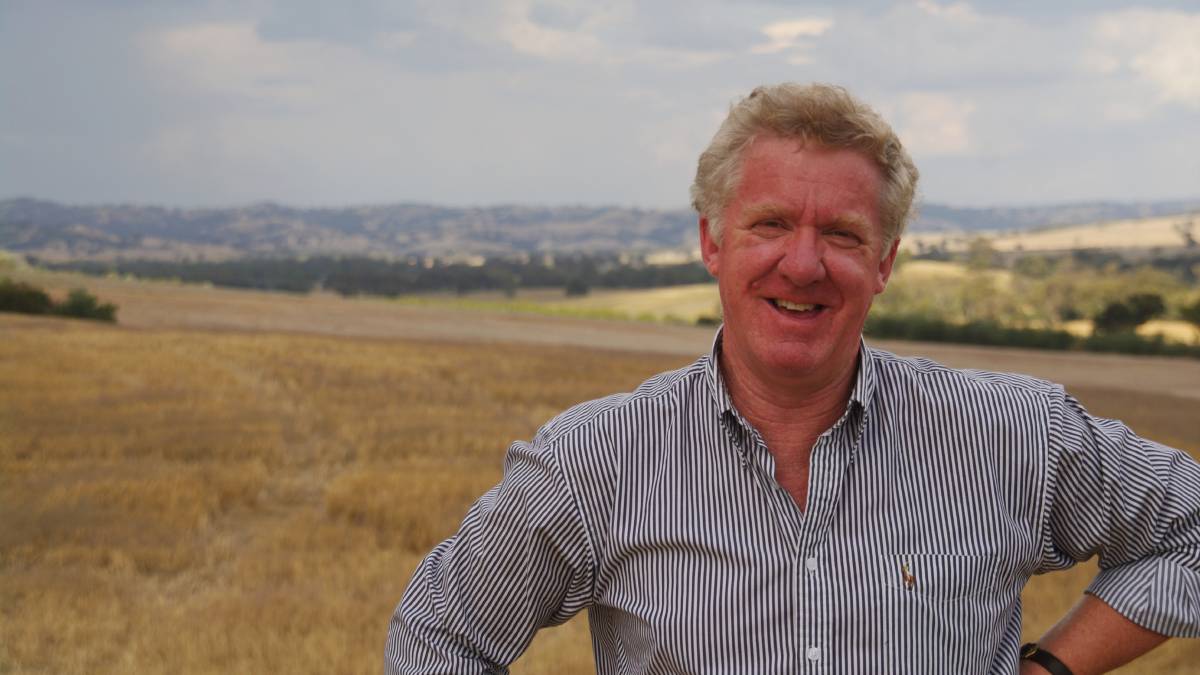 NOT PITT ST FARMERS: Growth Farms Australia director David Sackett said the firm's was founded by farmers who were looking to expand by leasing and ended up managing other people's assets.

They're far from "Pitt Street" or "Collins Street" cockies. These investment advisors know first-hand how to farm.

Not all corporate agriculture investors wear suits and many enjoy spending regular time out in the paddocks getting their hands dirty.

"Some investors regularly come out and tree plant and do different things, others will do it two or three times a year, so it just varies depending on their interests in agriculture."

It might well be a reflection of Growth Farms Australia itself, which was founded in 1999 by a group of farmers who were looking to expand by leasing and ended up managing other people's assets.

"We understand agriculture, we're not Pitt Street or Collins Street farmers who might have been in oil and gas but now think agriculture is the next big thing," director David Sackett said.

With such scale, it could hardly be described as boutique but Mr Sackett said the service it offers institutional, family office and high-net worth individuals was highly personalised.

"We're probably different to a lot of other managers in that we have individual investors, who will say, 'I have X amount of money I want to invest into agriculture'," he said.

"It's driven by how much the client has to invest, the level of risk they're happy with and their preferences and we help them work out the best strategy for them, the sectors, regions and so on," he said.

Those factors dictate which of two broad strategic approaches the investment will take.

The first is a low-risk, passive model where the investor buys farmland and leases the assets to other farmers.

"Some European investors, for example, quite like what's a more passive exposure and that's a really good opportunity for Australian agriculture because someone provides capital to buy a farm, and then allows the family farmer to take on a lease, and maybe double the size of their business without having to find all the capital," Mr Sackett said.

The second model was to buy and operate the farm business directly, which typically reaped higher returns of 3-6pc for operations and 5-10pc land appreciation.

Mr Sackett said the exposure to operations and commodity prices meant returns were more variable. On the other hand, it offered more opportunities for development, land use change, and improved productivity.

Whichever the approach, a long-term view of at least 10 years was important and Growth Farms managed the acquisition, operations, tenants and exit.

Clients could also choose to purchase individual assets or invest in comingled funds, which offered exposure across a number of properties.

The total Growth Farms Australia portfolio returned a compound annual growth rate of 9.5pc (net of fees) between 2010 and 2020.

Unlike many investment firms that have considerable holdings in tree crops and intensive agriculture, Growth Farms assets are generally broadacre.

Of the roughly $500m assets under management, $150m is in livestock, comprising mostly sheep and beef.

Another $200m is in irrigated cropping, primarily cotton and sugar and there's $150m of rainfed cropping, dominated by wheat, canola and chickpeas throughout the higher rainfall areas of eastern Australia.

"Growth Farms was started by farmers who were involved with cropping and livestock operations," Mr Sackett said.

"That's where we came from and that's why our strength tends to be in the broadacre sectors."

While business does have some involvement with permanent crops, it's limited.

Mr Sackett said that permanent crops tended to require heavy spending on infrastructure whereas most returns come from appreciation of the land.

"Permanent crops give you higher operating returns but lower exposure to the land component of agriculture so it's a different sort of asset or risk profile," Mr Sackett said.

"Some would say it's riskier because if you get citrus canker or something and you've got 10-year-old citrus trees you spent a fortune getting to where they are, then suddenly, the tap can be turned off on you."

Growth Farms was still interested in investigating intensive operations but only if it was low-risk.

"A sector might only have average performance but you can find a farm that will do particularly well because of the way it's set up or its natural resource base."