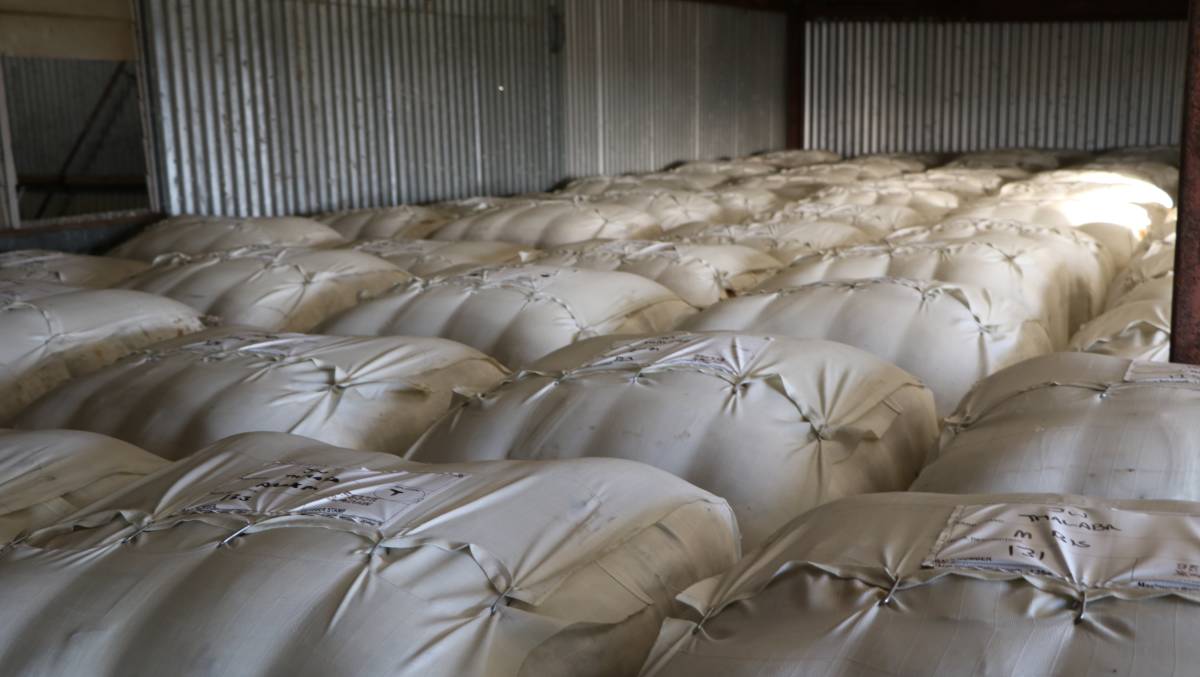 Producers are hesitant to sell as the wool market remains volatile.

A smaller national offering helped the AWEX Eastern Market Indicator (EMI) to lift this week, but producers are cautious to sell as the wool market remains on tender hooks.

And industry experts predict the bottom of the market may not have struck yet.

But for this week's series, the price lifted by 29 cents to finish at 1361 cents per kilogram, clean.

Nutrien NSW north-east wool manager David Hart said for this time of the year, that amount of wool sold is considerably small.

He predicts growers are "waiting to see what happens".

"We are finding since the market has flattened out after the recess, and not opening up as strong as we had hoped, that a lot of growers are just waiting to see what the movements are," Mr Hart said.

"I don't think a lot of them have intentions to hold their clip for long periods of time, but they are probably a bit nervous.

"But the wisdom of holding wool only become known sometime after the event."

He said he is not convinced the industry has experienced the bottom of the market just yet, as the trading environment remains considerably volatile.

"This week we had a welcome turnaround, it wasn't a huge turnaround, and whilst it is welcome, I am not convinced we have seen the bottom of the market yet," he said.

"I hope we have, but given the COVID situation in China, even though information it is quite patchy, I think they are still struggling to contain their Delta strain.

"There is nervousness that if exporters or mills take on a fair amount of stock and then there are mill closures, they will be left holding large amounts of stock which effectively they can't do much with until the mills re-open.

"Then throw in the ongoing difficulties and expense of shipping and logistics, it is not a very good trading environment."

However, Mr Hart said there is still good underlying demand for wool at the consumer level.

"We have no reason to not believe there is good consumer demand. It is the external factors of COVID and logistics which are weighing on the market," he said.

According to the AWEX weekly wool market report there were anecdotal reports of many overseas orders being booked early in the week. Because of these sales the talk amongst the trade was of the market being dearer.

And the market did climb higher with all Merino fleece types and descriptions enjoying a rise as buyers scrambled to get meaningful quantity in the smaller than normal offering.

By the end of the first day the individual Micron Price Guides (MPGs) across the country had risen by between 14 and 60c.

On the back of these rises the EMI added 29c for the day - the largest daily rise in the EMI for the 2021/22 season so far and the highest since June 16 where the EMI climbed one cent higher.

The second day of selling the market settled, with prices achieved generally within 15c of those of the previous day.

This was reflected in the regional MPGs, where the movements ranged between +15 and -16 cents.

The Merino skirtings followed a very similar path to the fleeces with solid prices increases recorded on the first day of selling, followed by a generally unchanged market on the second.

According to Zoë Macfarlan of AuctionsPlus, the online offer board witnessed a significant boost this week, with a total of 814 bales sold for the period, up 530 bales on last week.

Although finer wools were sought after, it was crossbred types that sold in the largest quantities.

The higher prices this week have reportedly encouraged growers to sell, resulting in the national offering increasing next week.

Just over 38,500 bales are currently expected to be offered in Sydney, Melbourne and Fremantle with that figure of 40,000 expected per week for the next month.