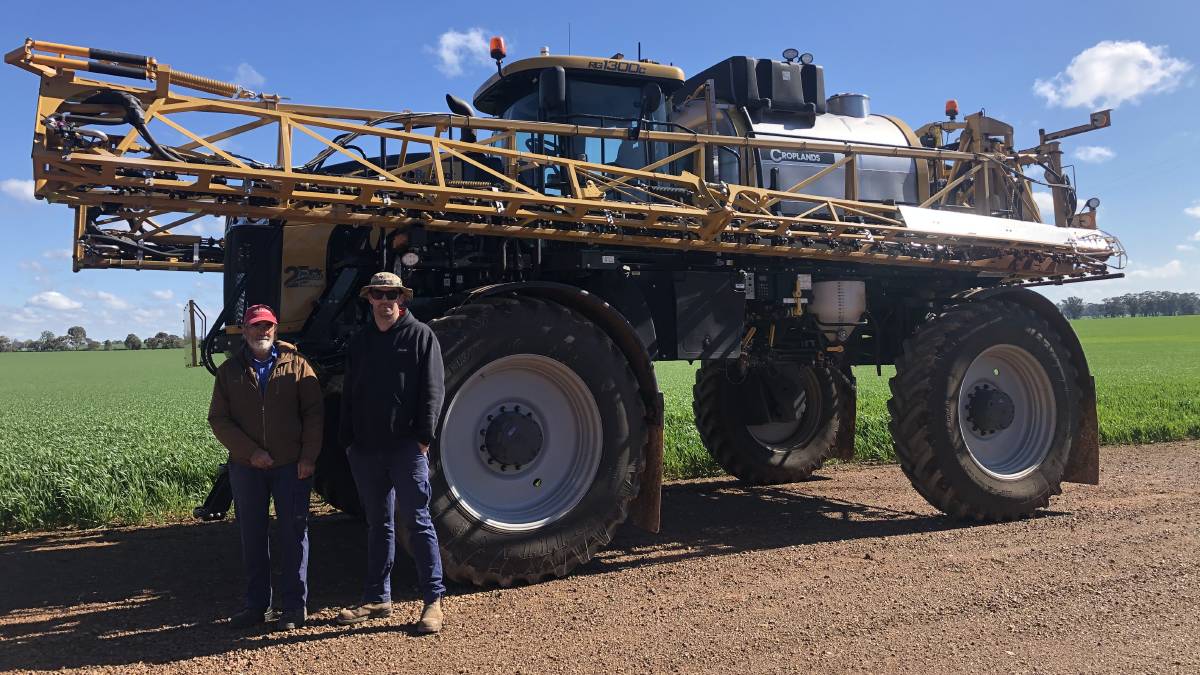 The Jelbarts moved to a RoGator 1300C in February and said it was a big decision as it was different to anything they had used previously.

Increased efficiency and the flexibility that comes with higher clearance was the driving force behind father and son Rodney and Joel Jelbart's decision to upgrade to a self-propelled sprayer.

The Jelbarts moved to a RoGator 1300C in February and said it was a big decision as it was different to anything the New South Wales farmers had used previously.

"This is the first RoGator we have had. We have had trailing booms before this," Joel Jelbart said.

"I was keen on the increased efficiency of the self-propelled sprayer and the ability to apply higher water rates over shortening spray windows. The higher clearance also gives us the flexibility to apply later in the season.

"We are very happy with it so far."

Mr Jelbart and his wife Laura are based at Tarcoma in the Alectown district of NSW. They farm about 2000 hectares in partnership with Mr Jelbart's parents, Rodney and Penny.

They sow winter crops in April and May, ready for harvesting in November and December and do all their own spraying.

In the last six months Joel has done one round of fallow spraying, some pre-sowing applications and some in-crop work.

Mr Jelbart said he likes the SmartDrive traction control feature, which is standard on all C series RoGators.

SmartDrive controls each wheel to ensure any wheel slip is automatically countered as power goes to the gripping wheels.

This gives the slipping wheel a chance to regain traction. It also matches engine RPM to the power required, ensuring minimal fuel usage.

He also likes the operating controls in the cab and is impressed with the boom.

"We have got other Agco gear, and the RoGator is very similar technology. We are very familiar with it. I have also been impressed with the boom's strength and stability," Mr Jelbart said.

The ClearFlow chemical recovery system allows the operator to flush unused product out of the boom and back into the tank at the end of the day.

Mr Jelbart said it was another big plus and means the boom can be properly rinsed and cleaned out after use, while minimising waste and contamination.

He was also impressed with the Croplands fill station which makes it easy to fill up with chemical and water.

"It is all very quick, whether you are filling with liquid or granular," Mr Jelbart said.

"We have noticed an improved coverage with the nozzles spaced at 250mm compared to our older 500mm spacings," Mr Jelbart said.