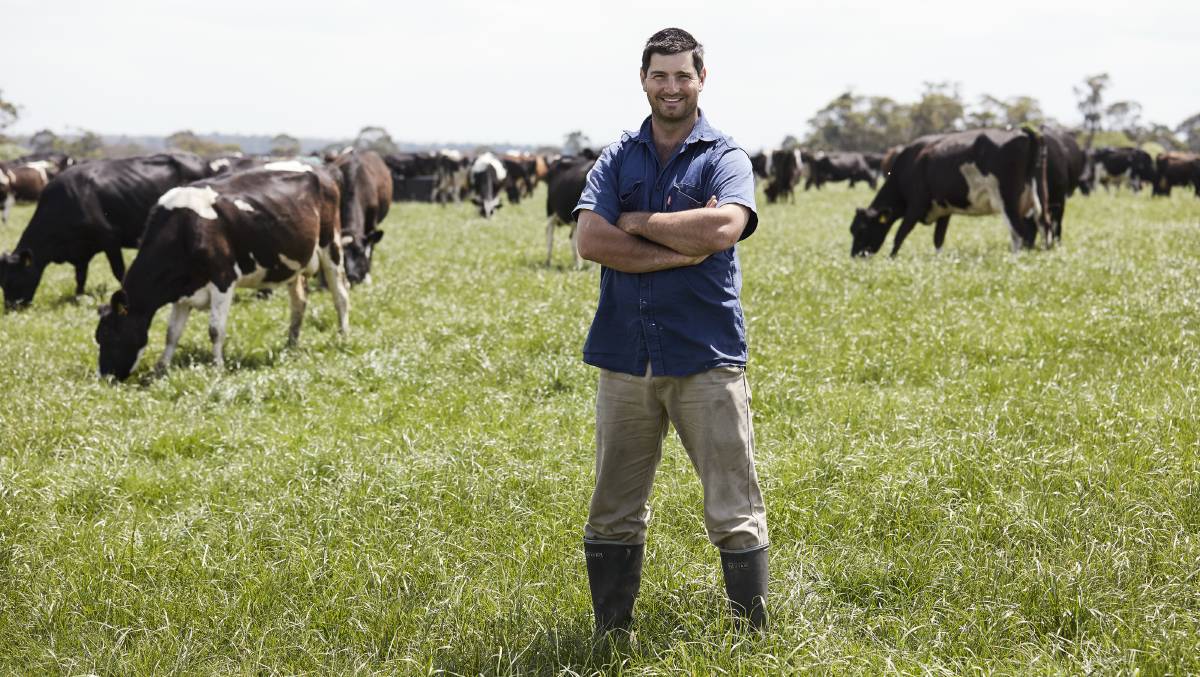 SAVVY FARMERS: Westbury dairy farmer Stu Griffin said the "clawback" was a few years ago and its not something that comes to his mind, very often.

Fonterra says it collected 5.4 million kg MS in July, a 6.6 per cent jump on the same time last year.

Multi-national dairy processor Fonterra appears to have repaired the damage to its reputation from its infamous 2015-16 "clawback", when it slashed farm-gate prices.

But in July this year, Fonterra announced it has collected 5.4 million kg MS, a 6.6 per cent jump on the same time last year.

"The increase was driven by additional farm milk collections from new suppliers joining Fonterra for the 2021/22 season," the company said.

"Third party collections were down 2.3pc on July, last year."

Fonterra was one of the first processors to announce its opening price, this year.

Fonterra Farm Source director Matt Watt said this season almost all of the company's existing suppliers had signed on.

"We have partnered with new farms across each of our dairy regions - particularly in northern Victoria, which is good news for our Stanhope factory and our domestic and export cheese production," Mr Watt said.

"Good seasonal conditions have also led to higher milk production compared to the same time last year for some farms."

"It's a common movement, across the various regions, but particularly in northern Victoria, where the price offering has been extremely strong, particularly with the Vic Fresh contracts.

A premium was paid on flat milk and Mr Davenport said it had been "well received" by suppliers.

"Fonterra were willing to go our early, with a price, which farmers appreciate."

Mr Davenport said most people hadn't forgotten about 2016, but had generally moved one.

"Fonterra has been consistent in the way they have behaved and the signals they are sending to suppliers.

Fonterra has been consistent in the way they have behaved and the signals they are sending to suppliers. - Alan Davenport, Fonterra Australia Suppliers' Council Board chair

"There has been a rebuilding of trust, across the supply base."

He said even though Fonterra's initial price was lower than the final one, it gave farmers confidence it would remain strong.

Mark Mullins, Kyabram, said Fonterra had again picked up suppliers that were "burned" in 2016.

"I was at Tatura, back in those days, and I would never have supplied them," Mr Mullins said.

He believed the price was right, for suppliers.

"Gone are the days of loyalty, back in the old days you were with the one company for many years, now it's all about money," he said.

He said Fonterra had a good Farm Source team to deal with.

Read more:Fonterra says it's holding the line in Victoria and Tasmania

Westbury dairy farmer Stu Griffin said the "clawback" was a few years ago.

"They weigh up a lot of different things.

"It's not something that comes into my mind, all the time."

He said he had a business to run and had to make the best decisions for it.

"We are very happy with our supply arrangement and with who we supply."

"I know a lot of people who still think they are on the nose," Ms Singh-Mahil said.

Read more:Dairy processors optimistic about season ahead after challenges of COVID-19 pandemic

She said the company had "no morals", but it didn't surprise her that farmers had gone back to Fonterra.

"Nothing surprises me about human nature," she said.

"If Fonterra have to compete for milk now, its because of what they did."