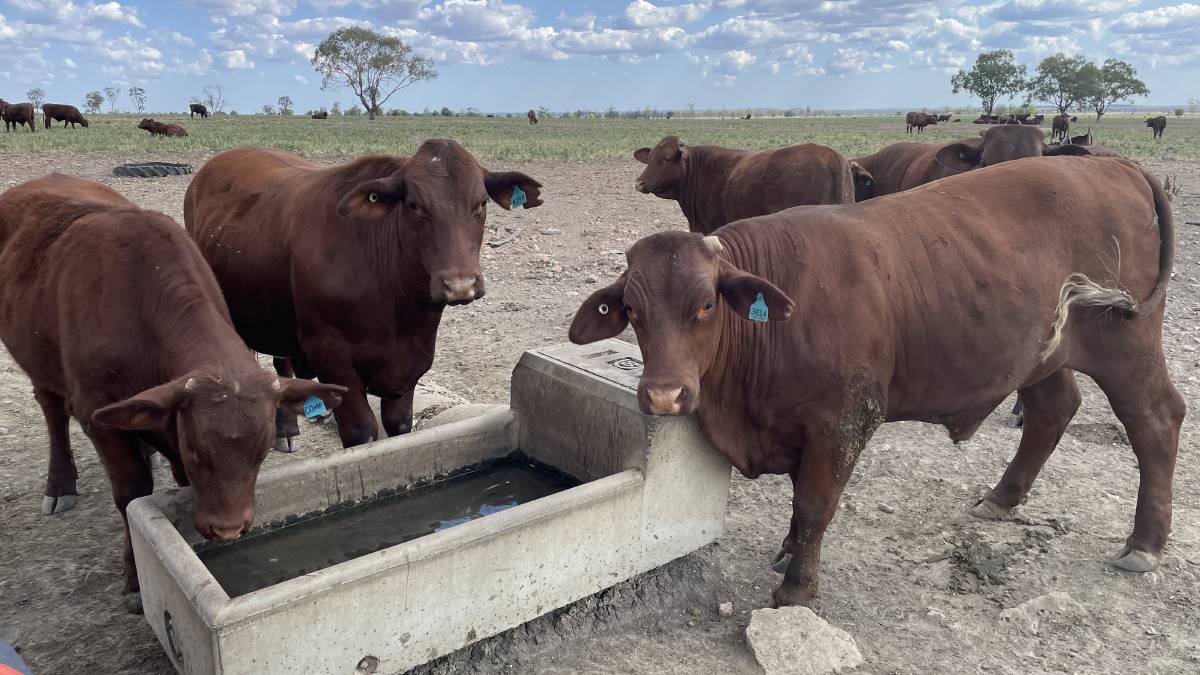 Farmers have their fingers crossed that rain producing La Nina conditions are set to develop in 2021.

Farmers have their fingers crossed that rain producing La Nina conditions are set to develop in 2021.

FARMERS have their fingers crossed that rain producing La Nina conditions are set to develop in 2021.

The Bureau of Meteorology says although the El Nino-Southern Oscillation (ENSO) is currently neutral, strengthening model outlooks and recent cooling in the tropical Pacific Ocean has raised the chance of La Nina forming next year.

La Nina events increase the chances of above-average rainfall for northern and eastern Australia during spring and summer.

Encouragingly, BOM says there is now around a 50 per cent chance of the farmer friendly conditions forming - about double the normal likelihood. 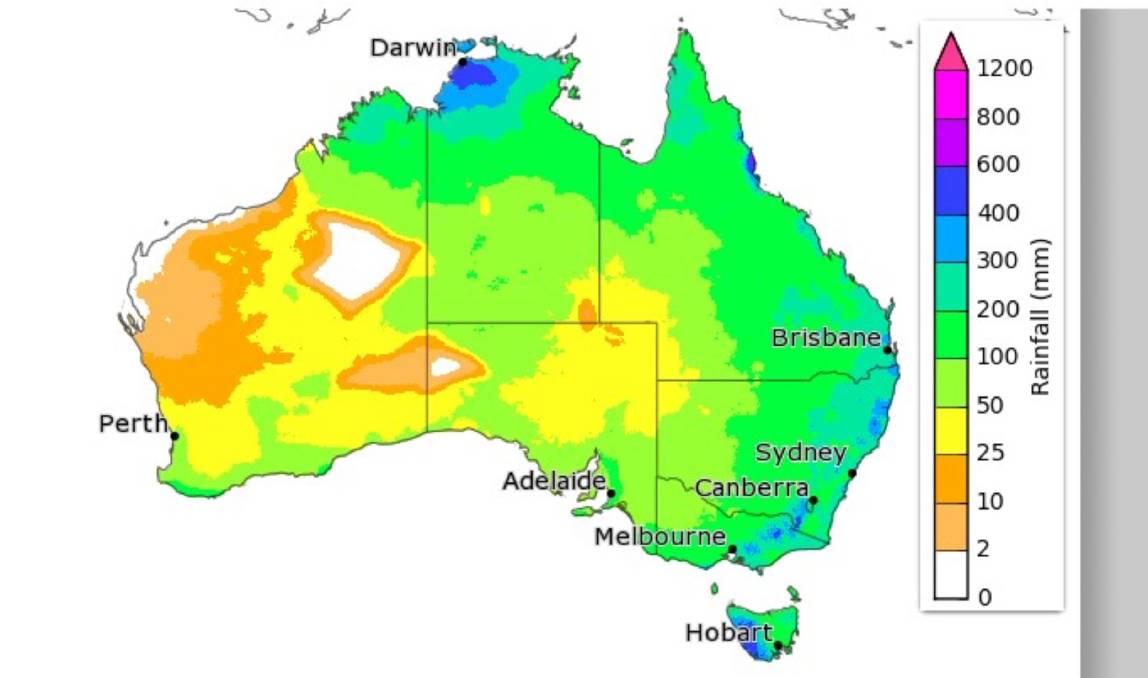 Rainfall totals that have a 75 per cent chance of occurring during October to December. Source - BOM

"Most oceanic and atmospheric indicators of ENSO remain within the ENSO-neutral range," BOM says.

"However, sea surface temperatures in the central tropical Pacific Ocean have cooled over the past two months, supported by cooler than average waters beneath the surface.

According to BOM the negative Indian Ocean Dipole (IOD) has also weakened, with IOD values at marginal negative levels. However, the pattern of sea surface temperatures in the Indian Ocean remains likely to influence Australian rainfall over the coming months. 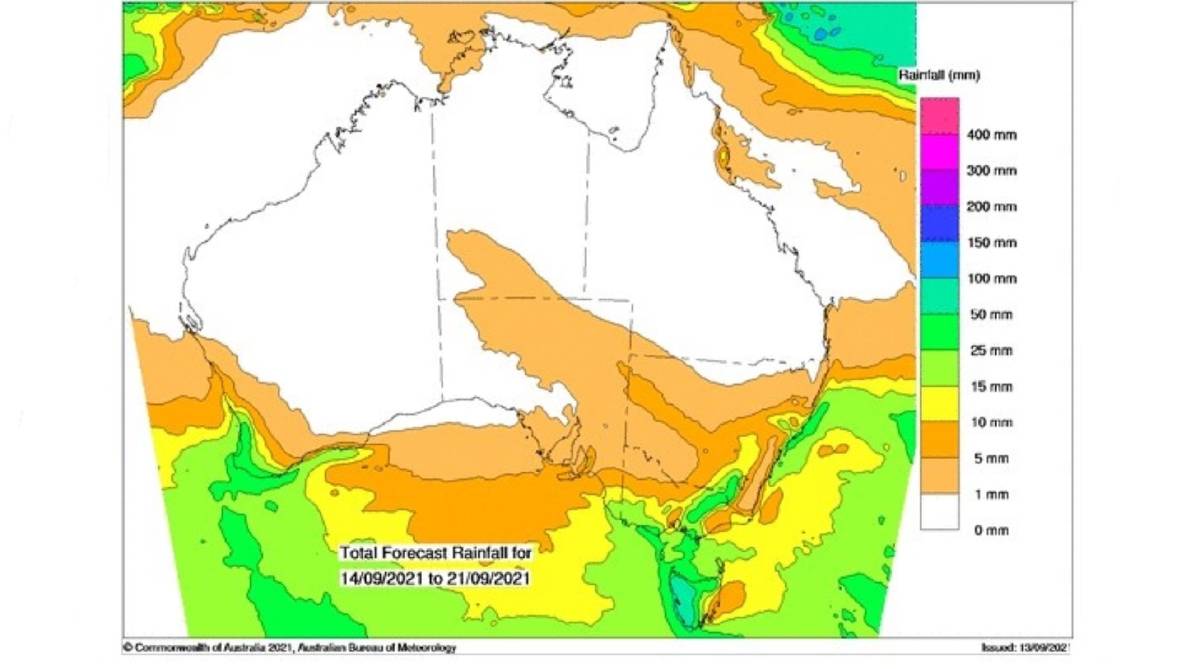 Virtually no rain is forecast for Queensland in the next eight days. Source - BOM

A negative IOD increases the chances of above-average spring rainfall for much of southern and eastern Australia.

BOM says the Madden-Julian Oscillation (MJO) has also recently stalled over the eastern Indian Ocean. The MJO's influence on the wind patterns across the Maritime Continent region, north of Australia, may have contributed to weakening of the IOD.

"Most models indicate the MJO is likely to move across Australian longitudes in the coming fortnight, but there is divergence in the forecast strength of the MJO," BOM says. 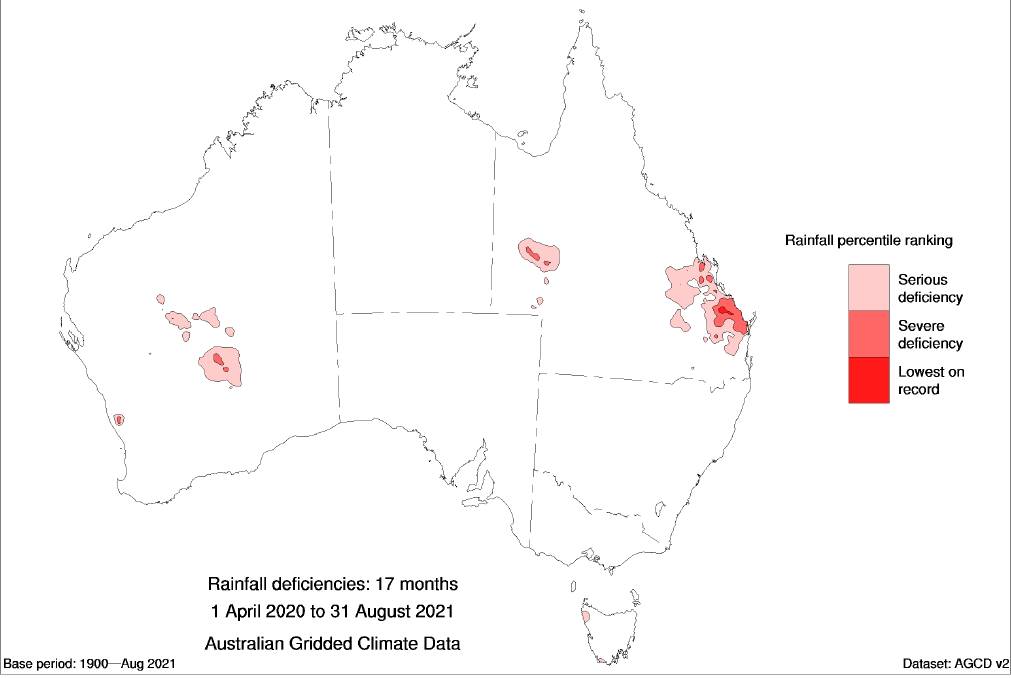 "If the MJO remains moderately strong over Australia longitudes, it would likely lead to increased rainfall over the tropics to Australia's north, and strengthen the trade flow across the central Pacific region."

The Southern Annular Mode (SAM) index has been positive over the past three weeks, and is forecast to remain positive for several weeks to come.

"This is supported by a strengthened polar vortex over Antarctica," BOM says.

"A positive SAM during spring typically brings wetter weather to eastern parts of Australia, but may be drier for western Tasmania."

The Bureau of Meteorolgy has upgraded its advice to 'La Nina watch'.

Climate change continues as a influence.

BOM says Australia's climate has warmed by 1.44 degrees Celcius plus or minus 0.24 deg C during 1910-2019, while southern Australia has seen a reduction of 10-20pc in cool season (April-October) rainfall in recent decades.