MORE MONEY: Packhorse's signature appeal to investors is to combine cattle production with carbon sequestration on a large scale.

Cattle property investment firm Packhorse Pastoral Company is moving ahead with plans to buy properties worth $1.5 billion across Australia in the next five years.

Cattle property investment firm Packhorse Pastoral Company is moving ahead with plans to buy properties worth $1.5 billion across Australia over the next five years.

The company has launched a second public fundraising looking for another $50 million to continue its buy-up of cattle properties, mainly in NSW and Queensland.

Stuart's Creek, a family operation, had been in the same family for the past 75 years and was not even publicly listed for sale at the time of the purchase.

The company is ramping up its expansion plans with "the imminent settlement" of another two properties.

Packhorse's signature appeal to investors is to combine cattle production with carbon sequestration on a large scale.

An important sideline to its growing grass-based cattle business across two million hectares is to generate carbon credits.

Packhorse engaged Carbon Link last month to provide a carbon baseline for Stuart's Creek which could sequester up to 2800 tonnes of carbon per annum.

The company is aiming to provide returns to investors approaching 10 per cent per year and raise $300 million from investors.

"Packhorse delivers investors an opportunity to own a piece of Australian country that has a long history of strong capital gains, due to its finite nature and provision of sought-after quality grass fed beef.

"We know that food production will need to almost double in the next 30 years to feed the population and the global demand for sustainably sourced Australian grass-fed beef is increasing.

"These are critical drivers that underpin Packhorse's mission to accumulate and regenerate agricultural land on a significant scale across Australia". 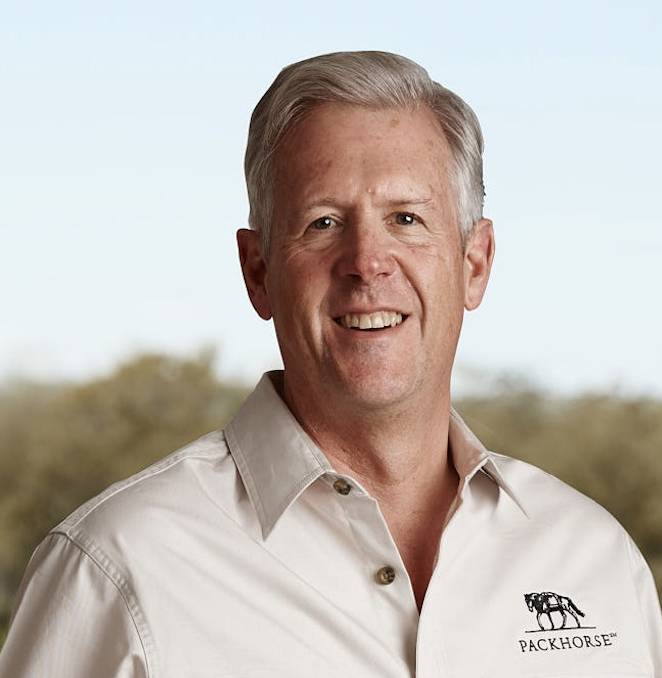 Packhorse wants to improve soil and grassland quality across its properties to enable carbon to be more successfully sequestered in the rejuvenated land.

"Currently, we're seeing an increase in land price because the opportunity in the sector is being noticed," Mr Murrell said.

"There is considerable pressure in the market, but our focussed and disciplined off-market acquisition strategy gets us access to quality properties at good prices.

"Coupled with the added security that comes with our agistment revenue model that smooths the peaks and troughs, we deliver even in times of volatility," he said.

The second round of funding closes November 19.

There are many big investment firms eyeing off the farm property market in Australia, notably Canadian super funds who have made some big buys in recent years.

Earlier this month, one of Australia's biggest corporate grain growers, Lawsons Grains, was sold to an Australian forestry manager back by a Canadian super fund.

Changing hands was 103,000ha and related assets in Western Australia and NSW.

Sponsored by
One of the participants has farm experience.
Test
Years of love, sweat and tears have paid off for the owners of one of Australia's oldest pubs located in a small southern NSW town.
Test
Cooradigbee Homestead really should be blowing up bubbles from the bottom of the Burrunjuck Dam.
Test
Seasonal conditions across Australia were favorable leading to an improvement of nearly $3 million on the previous financial year's sales.
Test
US investigation reveals how JBS cyber attack unfolded
Test
South Australian dairy farmer Rick Gladigau was elected the president of the Australian Dairy Farmers board at its annual general meeting on Thursday.
Test
New director elections at the 2021 MLA AGM
Test
You can blame pandemic travel restrictions for Victoria falling short of one million fox scalps collected in the only government reward scheme of its type in Australia.
Test