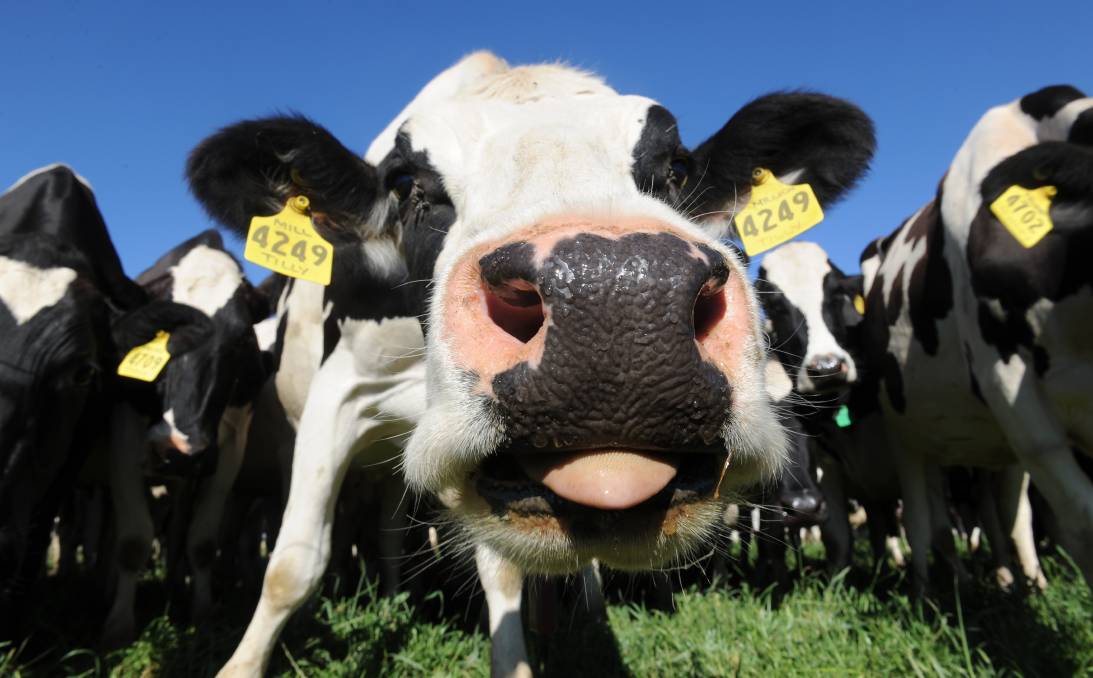 The United States and EU are both due to propose laws this year to restrict methane emissions.

The US cattle industry is closely watching President Joe Biden's next steps after he signed a pledge with the European Union to cut global methane emissions by almost a third in less than a decade.

The US cattle industry is closely watching President Joe Biden's next steps after he signed a pledge with the European Union to cut global methane emissions by almost a third in less than a decade.

Agriculture is a key target of Friday's pledge.

The US and the EU agreed on the deal to help cut methane emissions by nearly a third by 2030, and President Biden encouraged other countries to sign on to the effort.

Methane has been blamed as only being second to carbon dioxide as the biggest cause of climate change.

The global focus is on methane as it is seen as the fastest way to slow warming in the next two decades.

The United States and EU are both due to propose laws this year to restrict methane emissions.

The pledge would cover key sources of methane emissions, including leaky oil and gas infrastructure, old coal mines, waste such as landfills as well as agriculture.

The livestock industry, both in the US and Australia, is blamed for being a high methane producer although not all scientists agree cows are climate destroyers.

Australia's red meat industry has been blamed for contributing 10 per cent of Australia's greenhouse gas emissions as it seeks to be carbon neutral by 2030.

Other than the push into carbon farming, the great white hope of the industry is scientific advances into new products like the red seaweed asparagopsis which is claimed to drop cattle methane emissions by 95 per cent.

Ruminant animals like cattle emit methane when they digest grasses.

According to experts, methane breaks down in the atmosphere in 9-12 years, is sequestered in soil and grasses, and then consumed by ruminant animals as part of a natural grazing cycle.

On signing the methane pledge on Friday, President Biden said: "This will not only rapidly reduce the rate of global warming, but it will also produce a very valuable side benefit, like improving public health and agricultural output."

In response, the US National Cattlemen's Beef Association urged the Biden administration to maintain an open dialogue with experts in agriculture.

"The industry stands ready to continue leading the American agricultural community - and the rest of the world - on responsible resource management."

Last month, NCBA announced the US cattle industry will be working to demonstrate climate neutrality by 2040.

The method for calculating greenhouse gas emissions - GWP100 - has come under attack from many scientists and was debated by experts at Beef Australia in May.

Professor Frank Mitloehner from UC's Davis Department of Animal Science emphasised to his Rockhampton audience the short lived nature of methane and also disputed the method used for calculating emissions.

The climate change policies of President Biden's administration are being followed closely because of their focus on the livestock industry and a long rumoured move to restrict beef consumption in the US.

The US Department of Agriculture has been directed to pursue the voluntary adoption of climate-smart agriculture practices which would reduce methane emissions from key agriculture sources.

They include incentivising the deployment of improved manure management systems, anaerobic digesters, new livestock feeds, composting and other practices.

According to media reports, the US Congress is considering extra funding to support many of these on-farm changes.