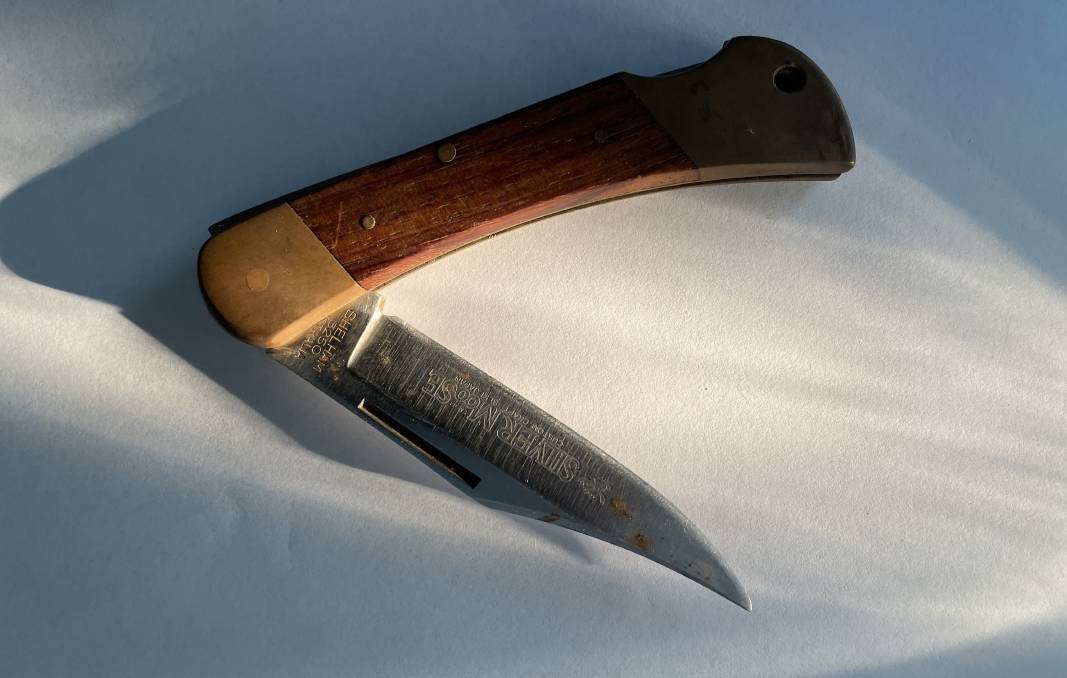 Many rural Australians habitually wear a small pocket knife or multi-tool on their belt to do odd jobs around their property, not intended for self defence, which is prohibited by law.

Rural Australians have reacted with alarm over a fine dished out to a Queensland man for carrying a pocket knife.

Rural Australians have reacted with alarm over a fine dished out to a Queensland man for carrying a pocket knife.

Wayne McLennan, aged 75, was last week fined $100 for unlawful possession of a weapon because of a small pocket knife he carried in a pouch on his belt.

Many country people right around Australia wear the same, either a knife or a multi-tool, not for self-defence but for the hundreds of daily chores they may be called on to do while remote on their properties.

As one farmer said on social media last night, strapping his Leatherman to his belt in the morning was as automatic as pulling on his boots.

Mr McLennan from Chinchilla, which is about 300km north-west of Brisbane, has become the rallying call for authorities to re-consider the application of laws, which differ around the country.

In fact the laws in Queensland are as clear as any jurisdiction for law enforcement officers to first consider the reasons the knife is being worn in the first place.

Mr McLennan came to the attention on police on August 2 in an alleged drink-driving case, which he was cleared of, it was only when being tested a second time the knife was noticed.

He was charged and fronted court where he admitted carrying the pocket knife, and was fined the $100.

Under Queensland's Weapons Act, a person needs a "reasonable excuse" to carry a knife in a public place.

But another section of the Act says a person may "carry a knife on his or her belt for performing work in primary production" or "a person may carry a pen knife or Swiss Army knife for use for its normal utility purpose".

Australia's states and territories have a mish-mash of laws covering an incident like this - in fact Queensland is regarded by many as having the most relaxed approach to the wearing of knives.

Almost all laws prohibit the carrying of a knife in public unless the wearer has a "reasonable excuse" like primary production.

The ban on wearing them in a public place applies universally, as does the carrying of them for self defence.

In NSW, a public place is defined as being shopping centres, schools, restaurants, pubs and clubs, and sporting venues.

In Victoria, the wearer would need a "lawful excuse" which could include having the weapon for work, sport, recreation or a weapons collection, display or exhibition.

In South Australia, people are free to carry smaller knives and multi-tools but again not in public.

In Western Australia, the laws are the same and the wearer must rely on a lawful excuse defence.

The laws covering the wearing of a multi-tool are less clear but the same prohibition applies about not wearing them in a public place, like a pub.

Editor's note: The author of this article is not related to the subject of the story.