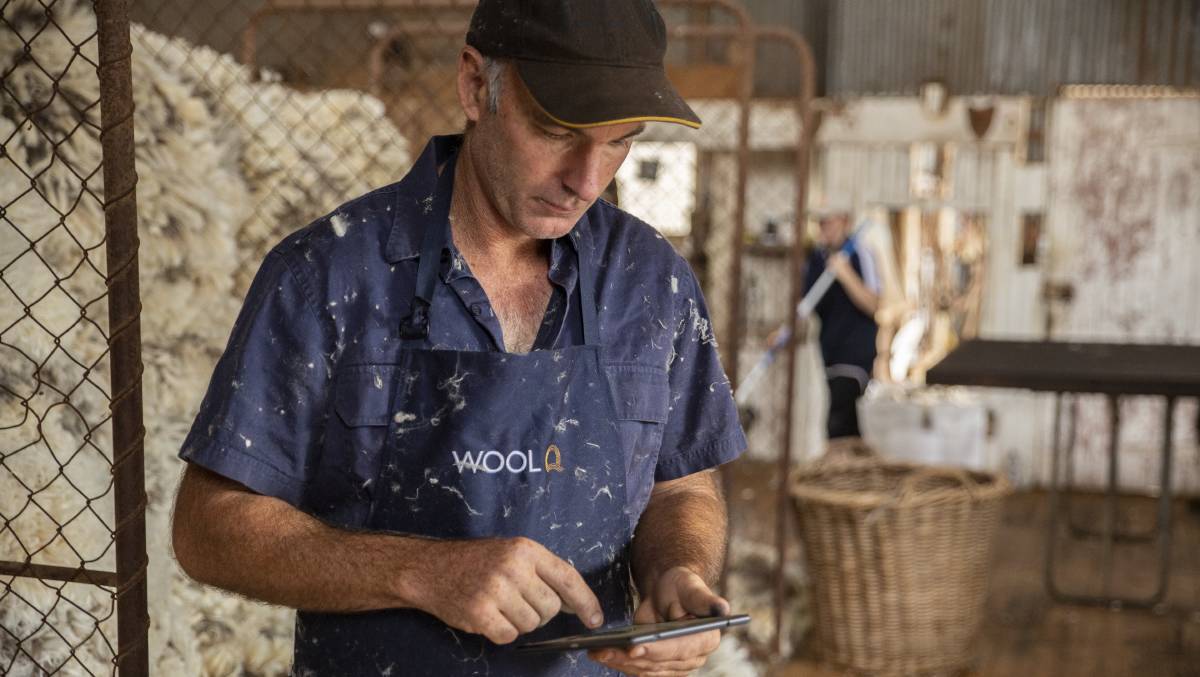 Australian Wool Innovation is looking at commercialising the online marketplace component of its digital platform, WoolQ.

Australian Wool Innovation will look to commercialise the market component of its oft-criticised digital platform WoolQ.

Australian Wool Innovation will look to commercialise the market component of its oft-criticised digital platform WoolQ.

AWI chairman Jock Laurie told growers in a webinar that the body was now at the stage of looking into commercialisation, with a prospectus being prepared.

"WoolQ itself needs to be separated into two different platforms," Mr Laurie said.

"One is the WoolQ trace component and everybody wants sustainability, traceability, understanding where their product's coming from... that is still there and being developed.

"Then you've got the selling platform component... which was basically developed and finished with that about two years ago.

"It's just been sitting there waiting for an opportunity to be put into the commercial arena and that's the intention of the board to work through that over the next few months."

Mr Laurie did not respond directly to a question on exactly how much money has been spent on WoolQ to date but details could be provided to growers "down the track".

"The development of the trading platform has been done, as I've said there's no more expenditure happening in developing and building that but the traceability component... all the information that we're getting back from overseas, from our consultants and managers is the traceability component is incredibly important to what's happening coming out of COVID," he said.

"But there's a really, really powerful tool there that's being developed and can be utilised by the industry."

The most recent AWI review of performance found that WoolQ was consistently mentioned by woolgrowers as a project of concern and said that a clear and transparent strategy regarding the platform was needed to improve confidence.

It noted that at the time of the report, adoption of WoolQ from woolgrowers was below the target of 1700 and the target of two per cent of all Australian wool traded had also not been met.

WoolProducers CEO Jo Hall said indications to date would suggest there might not be much interest in WoolQ from the market.

"AWI have spent $6.4 million on WoolQ, we would be very keen as levy payers to see some return on investment... that's a big ask to cost recover let alone make money off WoolQ given that sectors of the trade have been clear that they don't see a lot of value in WoolQ," she said.

"It will be interesting to see what the prospectus looks like, how much they might raise out of that and in fact if anyone is willing to buy it.

"The unfortunate thing with WoolQ or the Wool Exchange Portal as it was originally called, is there needed to be industry partners brought along to have buy-in in this concept if it was ever going to work.

"Unfortunately AWI never tried to accommodate that and hence that's why we're in the position that we are."

Ms Hall said traceability is a priority for consumers and for the Australian government and WoolProducers have been issued a grant to establish recommendations for the basis of an entire wool traceability system.

"AWI have been consulted on that... it doesn't mean that WoolQ will be identified as the traceability system for the wool industry," she said.

"From the very start, they've never really had full industry support for the WoolQ platform," he said.

"They should have had more agreeance and should have worked with the wool industry more when they were developing it.

"I don't really know what the future is for it but at the moment the industry cannot keep sinking funds into WoolQ... it's going to hard, I would think to commercialise at any great value but it needs to happen because it's just going to die a natural death if it sits there and remains under the same operation."

Mr Cocking said he didn't think woolgrowers would ever know the full value of how much money had been spent on WoolQ.

"There's been a lot of promotion, advertising and staff time, publicising it and trying to get uptake as well," he said.

"Growers are not going to get the money back... it's a shame it wasn't put in with a system that the brokers and the wool industry was happy with in the first place.

"We do need a robust, modern selling platform, there's no doubt, but it's got to have a lot more industry buy-in for it to work and WoolQ has never had that and that is the biggest underlying problem.

"There's no doubt traceability is an issue but again they should be working with the current companies that are already there and working closer with the brokers and exporters."