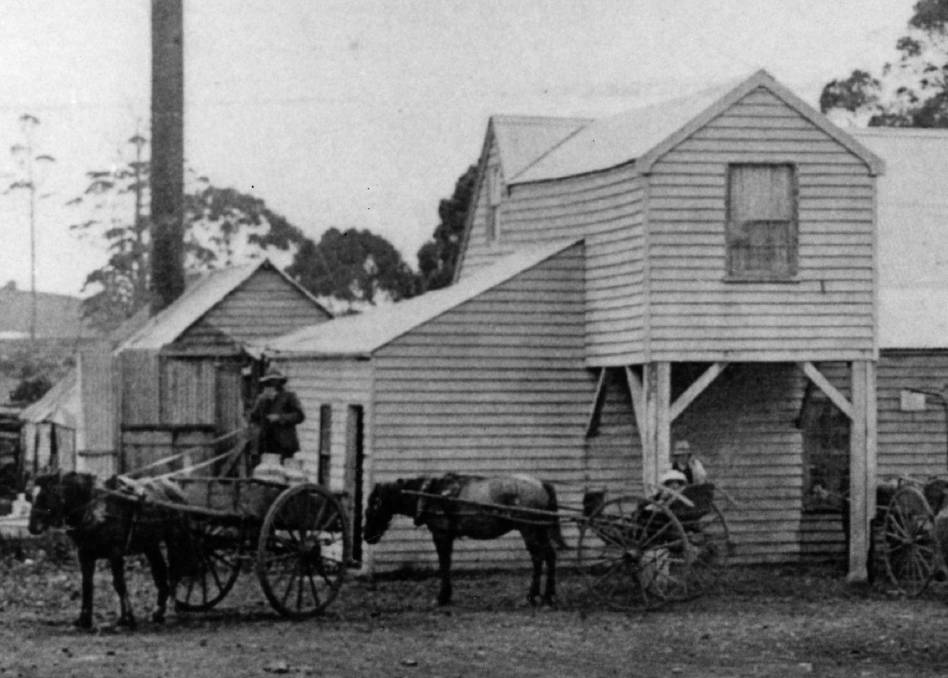 Dairying in the Southern Highlands developed into a thriving business from the 1870s.

Dairying in the local district developed into a thriving business from the 1870s.

As outlined in a previous series, fresh milk was supplied to Sydney and to local factories where butter was made for the Sydney market and for export.

In the early 20th century, dairying grew to support a major local manufacturing industry and contributed greatly to the districts prosperity from the 1920s to the 1970s.

From the 1820s pioneer settlers in the Southern Highlands had to be self-dependent.

They planted crops, grew fruit and vegetables, and raised cows, pigs and poultry.

Small dairy herds provided milk, with any excess turned into butter which was salted and sent to Sydney directly by road or by pack-horse to steamships at the coast.

This revolutionised the dairy industry, as did the inventions of a cream separator and butter-making machinery.

Mort established the Fresh Food & Ice Company (FF&I) with a cold-storage depot at Darling Harbour and chose the Southern Highlands as the first country area to supply fresh milk to Sydney.

From October 1876, milk was consigned from Bowral on a specially constructed railway truck.

The trade continued to prosper after Mort's death in 1878.

Milk was also supplied to a butter factory that FF&I opened at Mittagong in 1882 equipped with an imported Danish separator.

The South Coast & West Camden Co-operative was formed in 1880 by mostly Illawarra producers to cut out manipulative city selling agents.

It handled all farm produce, including bacon, eggs, butter and cheese. The co-operative movement would become a major competitive threat to proprietary companies, especially FF&I.

Many local farmers on the districts eastern side became members of the co-operative as they remained reliant on making their own butter due to isolation from the milk trade at Moss Vale and Bowral because of poor roads.

The local suppliers of fresh milk encountered setbacks in the 1880s.

Due to delays on the railway causing their milk to turn sour before it arrived in Sydney, FF&I cancelled its supply from the Highlands, as by then it was also receiving milk from coastal farmers.

Yet the demand for milk grew to such an extent that in 1890 FF&I resumed taking local milk, building a butter factory at Exeter and a milk depot at Bowral.

Farmers centralised production in jointly owned factories with separators installed and with a piggery nearby.

Other factories to open included one at Robertson in 1889, at East Kangaloon in 1890, at Glenquarry and Manchester Square in 1891, and at Pheasant Ground, on Jamberoo Rd down from Robertson, in 1892.

The Wingecarribee Butter Factory Co Ltd, incorporated in 1892, established a butter factory on the Oxley's property at Bowral, where cheese was made from about 1902.

Farmers carted their whole milk in cans to the nearest factory and, after separation, the skimmed milk by-product was taken back to feed pigs, calves and fowls.

Dissatisfied with how the Sydney market dealt with them, in 1891 many local farmers united to form a marketing co-operative.

Renamed the Berrima District Farm & Dairy Company in 1895, it acquired FF&Is Mittagong factory and the Robertson factory, converting them into central processing units to achieve greater efficiency than the small, scattered factories, most of which continued for a while as feeders before closing.

The co-operative enabled its member farmers to prosper into the 20th century.