A 5.8 earthquake on the Richter scale has rocked Victoria and been felt extensively.

An earthquake in Victoria, felt as far away as Tasmania and the NSW Central Coast, was 5.8 on the Richter scale, seismologists say.

The earthquake in Victoria, was felt as far away as Tasmania, South Australia and the NSW Central Coast.

The earthquake's epicentre was at Gaffneys Creek, near Mansfield, about 190 kilometres' drive north-east of Melbourne at the foothills of Victoria's high country.

It hit about 9.15am, but tremors have been felt up the coast of south-east Australia. 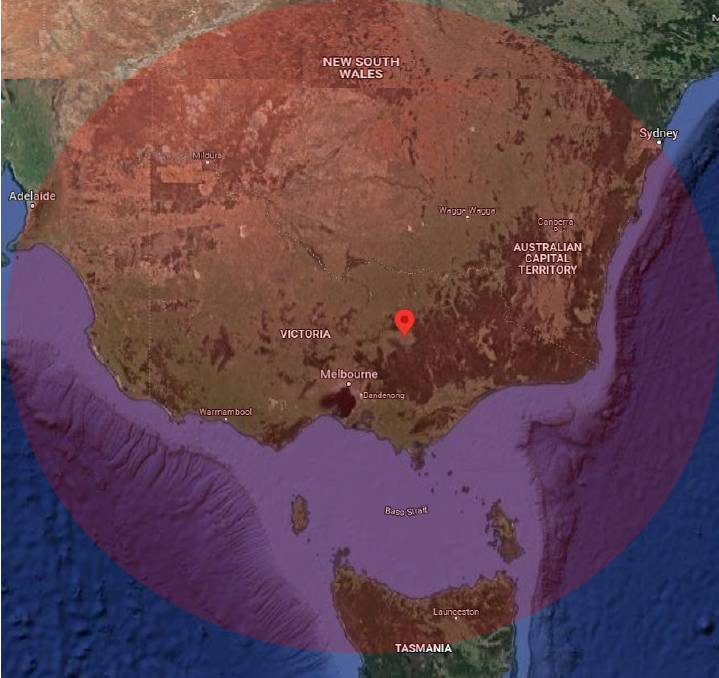 The impact of the earthquake which had its origins near Mansfield, Victoria.

Mansfield Shire Councillor Mark Holcombe said he lived in the area for 20 years but had never experienced an earthquake. He said it "came out of left field".

"It was really strong. I was sitting down at work at my desk and I needed to run outside, it took me a while to work out what it was," he told ABC television.

"I have been in earthquakes overseas before and it seemed to go on longer than I have experienced before. The other thing that surprised me was how noisy it was. It was a real rumbling like a truck going past."

Tremors from the earthquake were also felt in Melbourne, regional Victoria as well as Sydney, regional NSW, the ACT, Adelaide and Launceston in Tasmania.

Dozens of workers in a building in Newcastle, almost 900km north, were evacuated after tremors were experienced.

"We felt the building move," McDonald Jones staff member Brett Lavering said. "It felt like it was significant."

A second earthquake was measured 15 minutes later at the same location, this time at a magnitude of four.

It is not known if anybody has been injured yet.

The 400km stretch between Melbourne and Mount Gambier in South Australia is considered to be the country's most active volcanic region, with 400 historical eruption sites.

The largest earthquake ever recorded in Australia was magnitude 6.7, on March 24, 1970, in Western Australia's Canning Basin. It caused little damage.

Our most destructive was the Newcastle earthquake of December 28, 1989, which measured 5.6 on the Richter scale. Thirteen people died and 160 people were injured.

The story Earthquake rattles most of south-east Australia first appeared on Stock & Land.