The luxury of 10,000 hectares of arable cropping country in one giant block is bound to attract corporate investors in this NSW Riverina property. 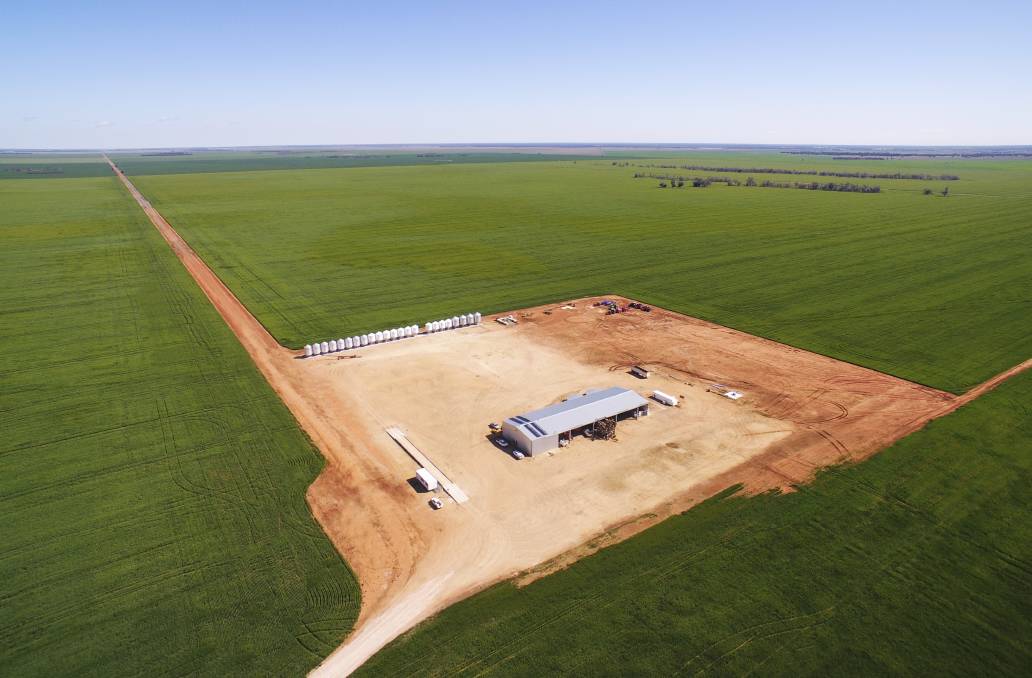 There are several large aggregations on the market right now but the 11,260-hectare Yarrabee Park stands out because it's literally one giant block of Riverina cropping country.

It's so big, there are 60 kilometres of high-quality internal roads, which if nothing else, simplify the movement of headers through the cereal, oilseed and pulse crops.

Last year, Yarrabee Park produced approximately 37,500 tonnes of grain and fodder and the latest crop assessments and soil moisture suggest it will top that performance this season.

Almost half is sown to barley, with the remainder almost equally split between wheat, canola, hay and pulses.

Selling agents Elders expects it will return at least $60 million.

The location is Morundah, about 130 kilometres west of Wagga Wagga, NSW, where the annual rainfall averages 430 millimetres.

There's also a proposal for a 2600ha (900MW) solar farm project on the property, which expected to generate $3m a year during its 30-year lifetime.

Of Yarrabee's arable 10,000ha, 740ha is developed for lateral irrigation with Groundwater (Zone 3 Lower Murrumbidgee), Murrumbidgee River and Coleambally Irrigation Co-operative Ltd Scheme Access, although no water entitlements are included in the sale.

The vendor, goFARM, has operated a system designed to preserve soil structure with no-till operations, retention of stubble to maintain ground cover and introduced a range of break crops into the rotation to manage weeds, pests and diseases.

"The decision is motivated by several factors but, principally, goFARM's purpose is to transform agricultural assets and, after seven years of executing against the development plan, Yarrabee Park is now the showpiece 'grain factory' we set out to deliver," he said.

"This, combined with unsolicited purchase enquiries in recent months, has resulted in our decision to offer the property to the market.

"The quality, scale and optionality of Yarrabee Park makes it a rare asset, and as such, if it sells, it will be sad to see it go. It will however release capital to allow further investment across a number of other farmland developments in the pipeline."

"A large portion of all major inputs have been procured and due to start arriving on farm next week," he said.

Preparations for the news season include a hayshed under construction, homestead renovations, two new 18-metre airseeders and carts on order, a new tracked tractor due for delivery in February and a new Patriot sprayer that arrived on farm last month.

The property has 1,750t of on-farm seed and fertiliser storage.

The property is being marketed in a two stage expression of interest process, with non-binding offers due on November 10.