Increased demand during World War I greatly benefited Australian farmers, who were the chief suppliers of dairy products to Britain, with all surplus milk, butter and cheese exported at good prices. 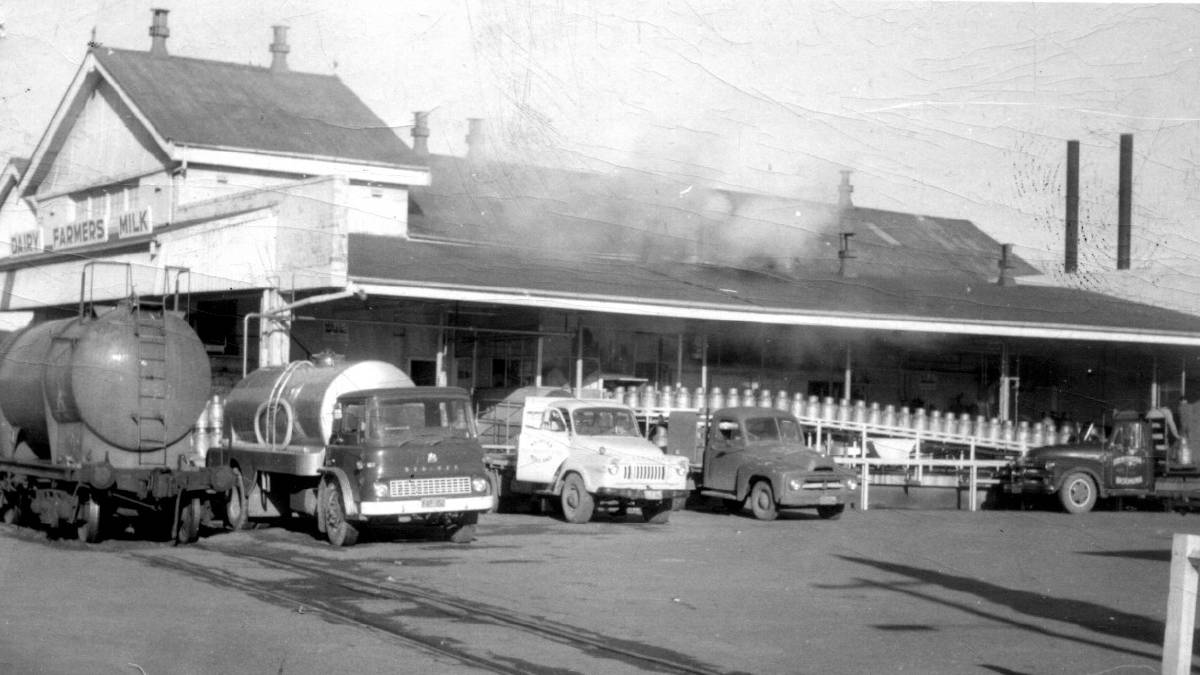 At the end of the 19th century, the districts milk and butter industries were flourishing.

A history of local dairying in the early 20th century continues here. As mentioned in the previous article, farmers situated close to the railway at Bowral were receiving good prices for their fresh milk, railed daily to Sydney by the Fresh Food & Ice Company (FF&I) which also built a butter factory at Exeter in 1890. The more distant farmers, mostly dependent on butter making, established small, jointly owned butter factories.

A group of local farmers formed a co-operative to take control of their production and marketing. Known as the Berrima District Farm & Dairy Company from 1895, with Mr N H Throsby as Chairman, it supplied butter, eggs, bacon, cheese and other goods to its cold storage depot in Sydney, at 5% commission. Butter was obtained from factories at Robertson, Barrengarry, Wildes Meadow, Burrawang, Kangaloon, East Kangaloon, Glenquarry, Manchester Square and Mittagong.

The Scrutineer reported in 1895 that the company has secured a 31-year lease of the Robertson factory, the largest in the colony, and also a lease of the premises at Mittagong formerly owned by FF&I. The company has, besides doing a big local business, entered into the export trade, realising the highest price for the season of any NSW butter in the London market. It must certainly be commended, and producers congratulated on the stand they have made and the consequent increase in the price of butter. It will result in an immense gain to district producers.

As the company's creameries at Robertson and Mittagong enabled better handling and output, the smaller factories were reduced to separating stations. When a small, hand-turned separator became available and installed on each farm, cream could then be transported in cans directly to the central factories, thus bypassing the smaller ones, which mostly closed. Farmers then had more time to improve their land and to comply with stricter dairy cleanliness regulations that came into law.

After the introduction of farm separators, some farmers left the co-operative and provided their cream to FF&I, which sent it directly to Sydney. As well, FF&I converted the butter factory it had established in 1890 at Exeter, situated on Frank Badgery's Vine Lodge property, into a creamery that operated until 1932. Its early directors included Messrs Nicholson, Williams, Hines and Ellsmore, prominent local farmers.

The Wingecarribee Butter Factory Co Ltd, situated on Oxleys Hill at Bowral, from 1902 made cheese as well as butter until the 1940s

As Sydney companies raised and lowered the price of milk at will without considering the producers, those local dairy farmers who consigned milk directly to Sydney companies or agents, decided at a Bowral meeting in May 1896 to form the Berrima District Milk Suppliers' Association, to better regulate the milk price. Those involved included Messrs Badgery (Exeter), Cordeaux (Berrima), Dawes and Osborne (Bowral), Coles and Oxley (Wingecarribee), Troy, Ottery and Loseby (Mittagong), Gibson (Roberton Park) and Fredericks (Kangaloon).

Increased demand during World War I greatly benefited Australian farmers, who were the chief suppliers of dairy products to Britain, with all surplus milk, butter and cheese exported at good prices. By war's end, Sydney-based FF&I was in fierce competition for milk supplies with the Dairy Farmers Co-operative Milk Company, which had been established at Albion Park in 1900. This co-operative enabled coastal dairy farmers, dissatisfied with city middlemen's costs, to jointly market their milk and butter direct to consumers. Dairy Farmers annual intake of milk exceeded that of FF&I for the first time in 1920.

Due to the rivalry, complex arrangements developed locally. With motor vehicles in use by 1919, milk could be more quickly transported and so FF&I enticed some of the far-flung farmers to break from their local co-operatives and supply it with their milk for Sydney.

Not to be outdone, in 1922 Dairy Farmers established a milk depot at Moss Vale. The company became a major player in the dairy industry, not just locally but nationally. By the 1990s it was supplying 40 per cent of Australia's fresh milk.