Origin's Kyalla 117 was the first well to be drilled after the NT's moratorium on fracking was lifted to explore for shale gas in the Beetaloo Basin near Daly Waters. Picture: Origin Energy.

CSIRO, the NT Government, industry and gas exploration companies will investigate the proposal.

The NT Government desperately needs greenhouse gas offsets to the shale gas industry both it and the Federal government are keen to develop in the Beetaloo Basin.

One well credentialled estimate claims fugitive emissions from natural gas production in the NT are expected to be about three per cent of Australia's total methane emissions.

There are other alarming estimates the Beetaloo Basin, where the shale gas exploration is centred, could produce 22pc of Australia's entire emissions.

When it dropped its moratorium on fracking for gas in 2019, the Labor government promised it would "ensure there is no net increase in the lifecycle emissions emitted in Australia from any onshore shale gas produced in the NT".

Like many others, the government has also set an a long-term "aspirational" target of net zero emissions by 2050.

This proposed carbon capture hub near Darwin, likely at Middle Arm on the harbour, would "would both significantly reduce emissions, but also catalyse the growth of new sustainable industries that could continue throughout the energy transition", it was stated today.

Most carbon storage projects involve separating carbon dioxide from other gases, compressing it and then storing it in underground geological formations.

If the Darwin hub is built, it would be one of the world's largest facilities of its kind and could also create a blueprint for future low emissions hubs around Australia.

The business case will assess the hub's viability and outline options to significantly reduce the emissions of the Territory's gas industry.

It is not the only carbon capture plan which wants government support.

More than a decade ago, Santos unveiled plans to use its pipeline network and depleted reservoirs at Moomba to take carbon dioxide from Queensland, New South Wales and South Australia. 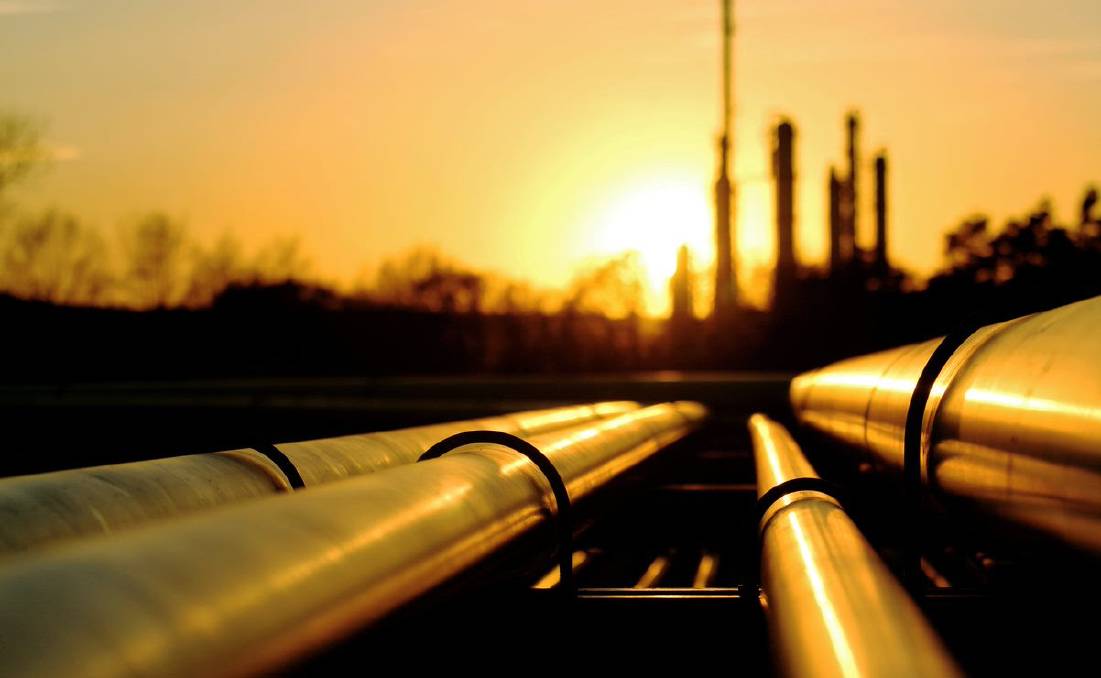 CSIRO is taking the lead on developing a business case for a Darwin carbon capture project.

Santos is heavily involved in the development of the NT's offshore and onshore gas fields.

The Moomba project proposes to capture the 1.7 million tonnes of carbon dioxide currently separated from natural gas at the Moomba gas processing plant each year.

It would then reinject the carbon dioxide into the same geological formations where it was extracted from.

Santos is involved in this latest plan for Darwin which also includes INPEX, Woodside, Eni, Origin Energy and Xodus.

With this latest plan for a hub near Darwin, CSIRO chief executive Dr Larry Marshall, said CSIRO's expertise across the energy domain, along with its deep connection with industry, meant it was well placed to lead the work.

NT Chief Minister Michael Gunner said the Territory was a natural fit for the investment.

"We are home to world-class natural gas and solar resources and subsurface carbon dioxide storage capacity, and we are on the doorstep of key international energy export markets," Mr Gunner said.

"The Territory Government is committed to working to identify ways to rapidly decarbonise existing energy supplies whilst attracting future zero emission industries to the Territory."

The NT's Protect Country Alliance spokesman Graeme Sawyer said carbon capture and storage was an unproven pipedream fossil fuel companies and their backers peddle so they can keep polluting.

"It's no surprise Chief Minister Michael Gunner is so eager to support it at Middle Arm, given he is backflipping on his promise to make the fracking industry offset all their greenhouse gas emissions produced in Australia, as required by the Pepper (scientific) inquiry," he said.

"The government's draft "Greenhouse Gas Emissions Offsets Policy" is non-binding and argues for 'indirect offsets' for big polluters like the fracking industry. This could allow gas companies to pay themselves to come up with thought bubbles on possible future carbon abatement ideas, but not actually draw down pollution.

"This latest scam from the government and the gas industry also ignores the major greenhouse gas fracking will produce in the Territory is methane - not carbon dioxide."