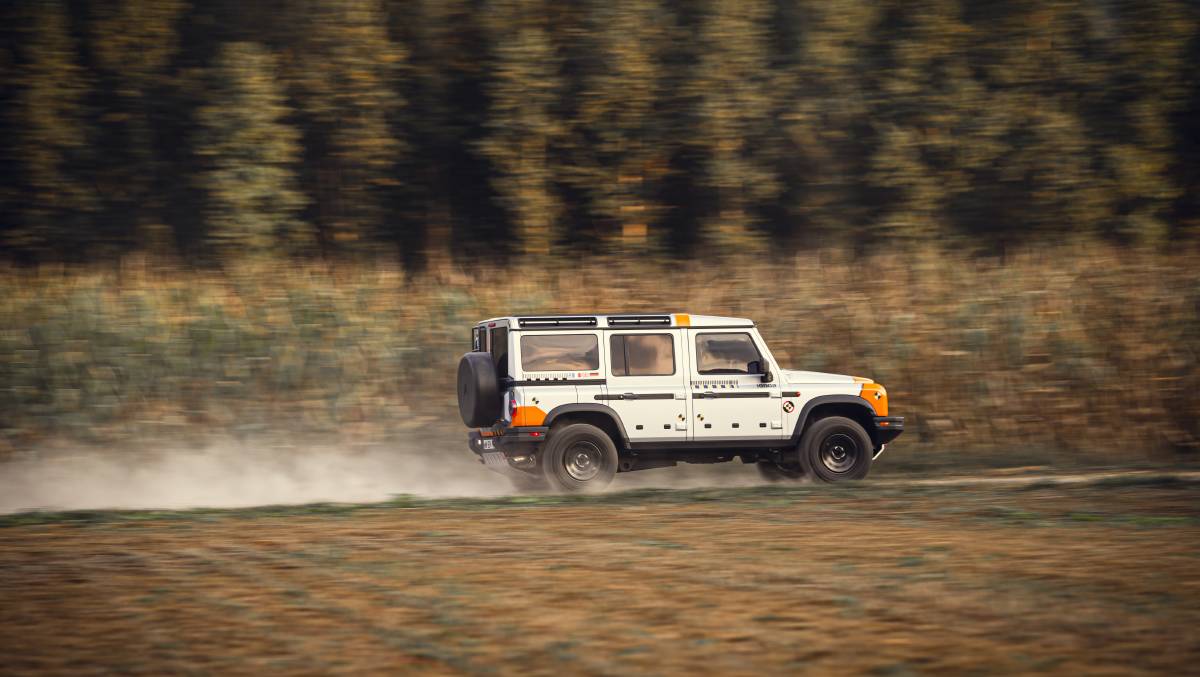 Ineos is making its first foray into the automotive market with the launch of the Grenadier.

Ineos is branching out into the four-wheel drive market with the Grenadier.

Australia's four-wheel drive market could be in for a shake-up with the arrival of a new player in July 2022.

The Grenadier has been designed with four key markets in mind - farmers, fleet use, lifestyle travellers and 4x4 extremists.

According to Ineos Automotive APAC head of sales and marketing Justin Hocevar, the company's founder Sir Jim Ratcliffe is a passionate 4x4 and motorbike touring enthusiast.

The vision behind the Grenadier came about in 2016 when Sir Jim was "lamenting the demise of iconic 4x4s while in the pub with some mates".

"He came up with a brilliant plan; that was to try and fill the space left behind by some iconic 4x4 brands that have become increasingly more SUV brands," Mr Hocevar said.

"And so what we've been working on is a utility vehicle, it's not an SUV, it's a purpose-built 4x4."

The utility will be produced at a manufacturing plant Ineos bought from Mercedes Benz at Hambach, near the French/German border.

Before it reaches consumers, the Grenadier will have undergone 1.8 million kilometres of testing in rugged conditions from the desert to the snow. Ineos has worked with Recaro for the interior styling of the Grenadier.

Mr Hocevar said when coming up with the design for the Grenadier, they sought out 'best in class' operators.

It will have a 3.5 tonne towing capacity and Mr Hocevar said its gross combination mass was "likely to be among the best in class".

The Grenadier can be purchased online or face-to-face at 16 retail outlets in Queensland, NSW, Victoria and Tasmania. A strong connection has been forged with Bosch to utilise its network and provide additional service coverage.

"When it came to the vehicle's electronics and electrical systems, we identified Bosch as being the best partner for us," Mr Hocevar said.

"So they've been involved in the development of the vehicle, as well as being a supplier to us in the manufacturing process, and now ultimately closing out the loop in being an after-sales service partner as well." The Grenadier is undergoing 1.8 million kilometres of testing in rugged conditions from the desert to the snow.

Another selling point is the ease of access to a 3D parts catalogue and repair manuals.

"The great thing is our sales and service agents will have access to this information, as well as those Bosch service partners, but beyond that we're even going to allow this to customers that are going to be travelling in remote areas that need access to critical repair information," Mr Hocevar said.

The Grenadier will include a five-year unlimited kilometre warranty and roadside assistance will be offered.

"I think this is a really strong move from a newcomer coming into the market; it's a great sign of our confidence in the product," Mr Hocevar said.

"When we sell the vehicle, you'll also be able to purchase a five-year service plan. So you've got a real visibility of what your cost of ownership is going to look like over those first five years."

Australian pricing will be fixed and is expected to start from $84,500 for both petrol and diesel powertrains.