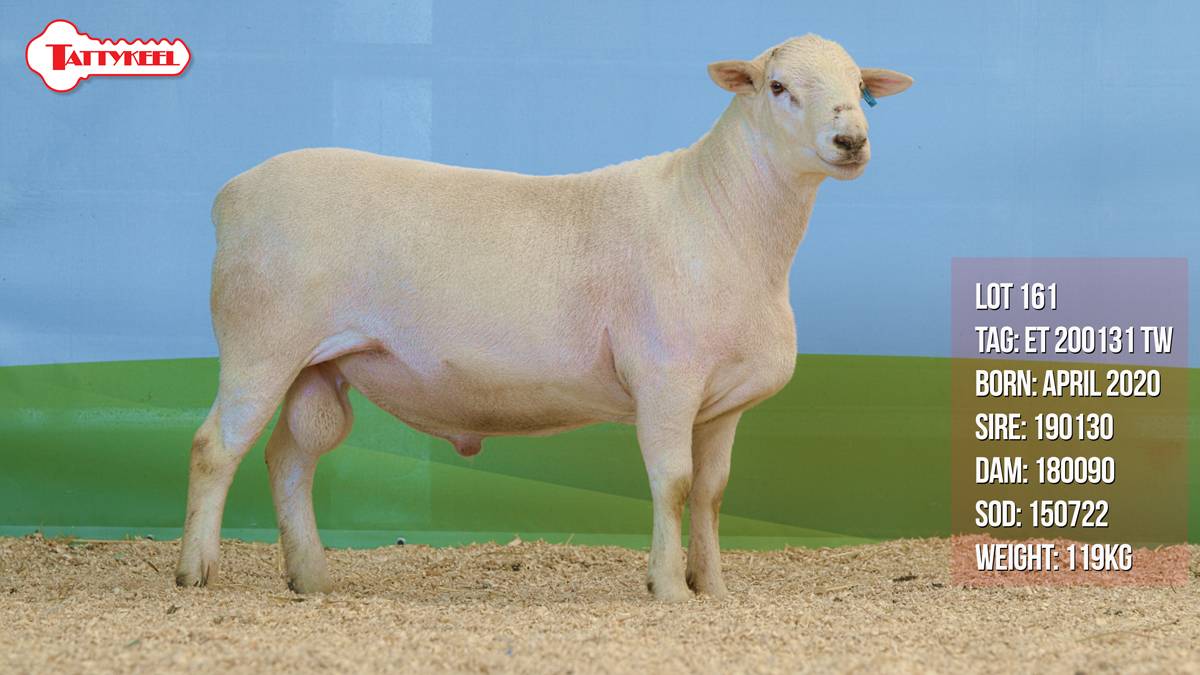 A Tattykeel Australian White ram sold for a record-breaking $165,000 at the stud's on-property auction at Oberon, NSW, making it the highest price ever paid for a meat breed sheep.

As the bidding opened, the $50,000 reserve was quickly surpassed, hitting six figures in a flash and at the knock-down price of $165,000 is thought to be a new meat sheep all-breeds record price.

Mr Ellingsen said in a statement he believes welcoming the world's most expensive Australian White sheep to Flaxley will make the breed a household name.

"We see our Australian White sheep as a great way to be involved in the infancy of livestock breeding,'' Ellingsen said.

Although the short-term focus for the Ellingsens is on breeding, rather than selling directly to restaurants and butchers, eating quality has influenced breed's popularity, he said.

"The Adelaide Hills region is a brilliant environment for raising sheep and a fantastic location for supporting and supplying other South Australian and Australian farmers.

"At Flaxley we want to take advantage of the best genetics available for the growth of our flock and the bloodline."

It comes off the back of the stud's success last year when a new ram record top price of $53,000 was set in what was labelled the sale of the century.

This result adds to a run of recent big-price ram sales, including Valma Poll Dorsets' breed record set just over a week ago at the stud's on-property sale at Whitemore, Tasmania, of $41,000, but the national record for any ram remains at $450,000, set in 1989 by a Collinsville Merino special stud ram.