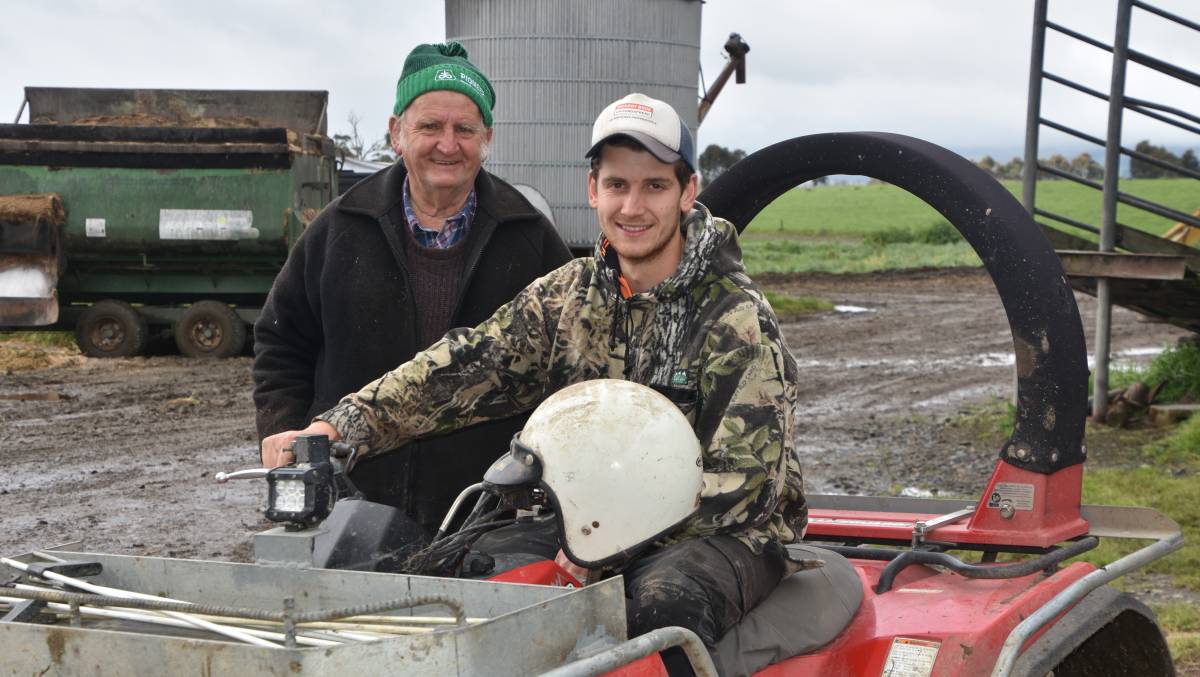 SAFETY FIRST: Gippsland dairy farmer and agent Roger Tweddle with grandson Corey Ford at his family's Darnum dairy farm where they use quad bikes on a daily basis.

The new standard will come into effect on October 11.

Imported new and second-hand quad bikes will legally require rollover protection equipment in a bid to improve farm safety and curb one of the biggest causes of deaths on Australian farms.

The second stage of the standard will require all new and second-hand quad bikes imported into Australia to be fitted with operator protection devices (OPD) and meet minimum stability requirements.

"If the average farmer doesn't have an OPD on their bikes, and then an accident occurs, WorkSafe will investigate the matter and it's then open to them to lead a prosecution where they will allege a farmer ought to have known an OPD should have been fitted," Mr Darcy said.

"Get the OPDs fitted to your bikes from a safety point of view to ensure the safety of your workers, but also to minimise the risk of prosecution for failing to meet safety duties."

He said up until now, quad bikes could have been sold in Victoria without OPDs fitted, and many dealerships had left the decision as to whether to fit such a device to the purchaser.

"There's a very noisy minority who still maintain that their preference is not to have to fit these devices," he said.

Deaths caused by quad bikes rose to their highest point in a decade last year, according to Safe Work Australia, which said 24 people had lost their lives due to the common piece of farm machinery.

Mr Darcy said while the death toll for quad bikes was significantly lower this year, regular farm safety assessments should be done.

"Quad bikes are the biggest cause of deaths in farming still, but side-by-sides are quickly rising," he said.

"The reason why people are dying on side-by-sides is because they're not wearing seatbelts."

Stage one of the ACCC's standard required new and imported second-hand quad bikes to be tested for lateral static stability and increased roll over warnings.

The new regulations resulted in major manufacturers including Honda, Yamaha and Polaris withdrawing from the Australian market, leaving little choice for farmers who required a new quad.

"We've got in service two quad bikes - an old bike that doesn't have an OPD because we use it to feed our calves and it isn't used in paddock operation and a newer one which is fitted with the rollover protection."

Like many farmers, Mr Ford, who farms with his wife Rebecca and son Corey, said he had two new bikes yet to be commissioned because of the new rules coming in.

"I knew I wasn't going to be able to replace my existing bikes with the brands I'm happy with and always had so we bought two to put in the shed," he said.

"As for mustering and fencing, in a dairy application you are on and off that bike so sometimes a side-by-side isn't suitable."