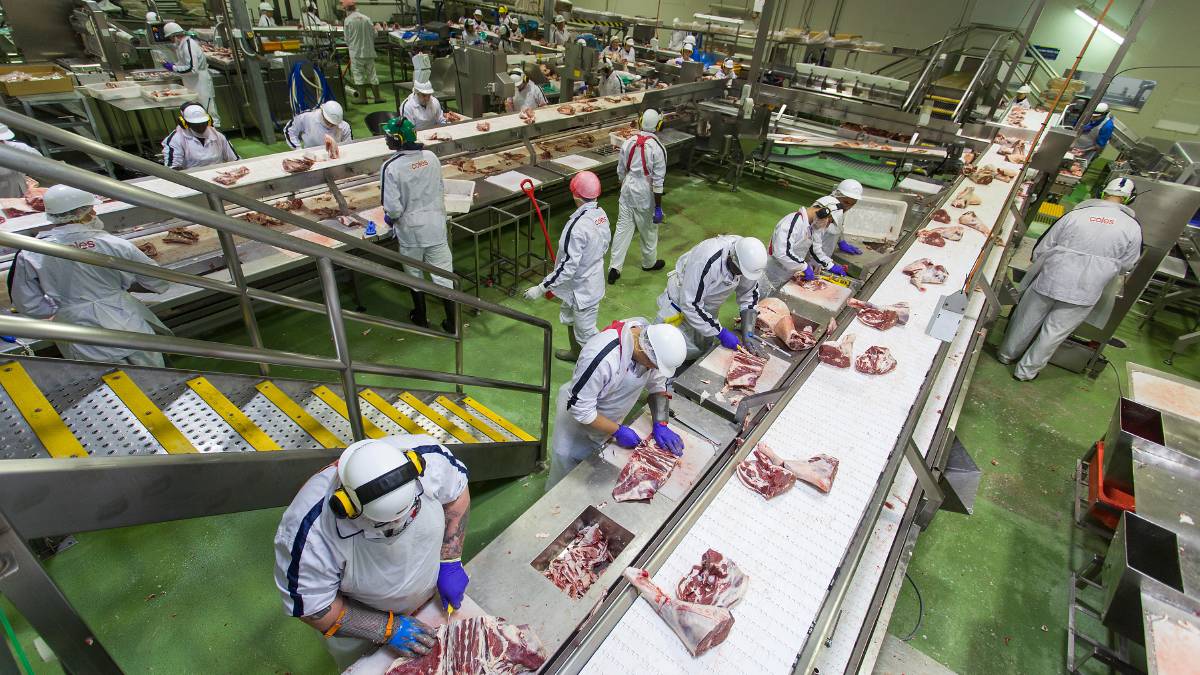 THE increasing threat of shutdowns at abattoirs due to COVID-19 cases among staff is raising concerns about a processing backlog hitting the south right on the cusp of the spring lamb flush.

Expert analyst opinion, however, is tending to water down the threat and the advice to producers is to market small stock as per normal strategies.

That message is the same for the cattle business, where all signs are the capacity exists to process any increase in numbers coming onto the market, despite plant closures due to COVID-19 now as far north as the Queensland border.

Six Victorian abattoirs have recorded COVID-19 cases now, with the Australian Lamb Company's Colac meatworks opting to temporarily shut down after nine of its staff tested positive due to community transmission.

The cattle processing Northern Co-operative Meat Company at Casino in the far north of NSW also shut its doors for 24 hours late last week after an administration staff member from the nearby hotspot of Kyogle tested positive.

COVID cases among staff are the latest in the enormous list of challenges that continue to plague the processing sector, which has seen many abattoirs processing animals at negative margins for months and consequently reduce operations to four or three day weeks.

Those challenges include a crippling lack of labour, record livestock prices, severe shipping turmoil and, in Victoria, workforce caps to manage the pandemic.

Spare capacity in plants due to low livestock numbers on offer at saleyards as the herd and flock is rebuilt has led many analysts to conclude the restricting of processing to 80pc in metropolitan Victoria would not hurt the market significantly.

However, some are now saying the possibility of the cap extending to regional areas, combined with shutdowns due to outbreaks among staff, has put the south on a knife's edge.

Meat & Livestock Australia modelling has a worst-case scenario of all Victorian processors restricted until the end of spring resulting in more than one million excess lambs.

Victorian lamb slaughter is running 14pc below the average weekly pattern, and while NSW numbers have lifted in the past fortnight, analysts say that is unlikely to continue.

"I don't think we can rely on other states to pick up the slack as big numbers start coming through in Victoria," Mr Dalgleish said.

"There may be spare capacity in terms of plant infrastructure but not in the workforce. Entire workforces can not be transferred."

From October to December the volumes of lambs at Victorian sale yards swell to over 100,000 head a week, with many of these making their way to meatworks, Mr Dalgleish said.

Stock will flow to capacity

Global Agritrends analyst Simon Quilty says there is no question that times are extremely tough in the processing sector but the ability, and desire, to keep processing animals is there.

Global demand for red meat is phenomenally strong and international prices are forecast to continue to rise for the next two years, he said.

"Numbers are so low, there is excess capacity at the moment. Stock will flow to where the capacity is," he said.

"Companies like JBS, for example, have plants in several locations and the ability to manage capacity - and they are smart operators."