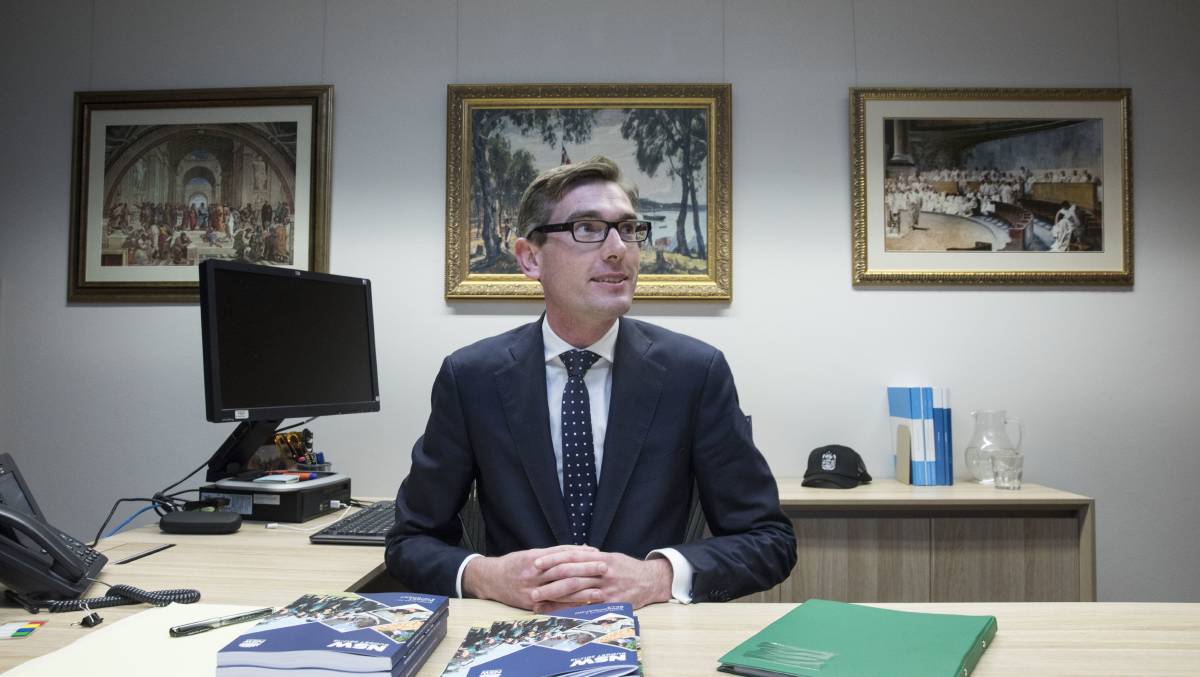 The Liberal Party whip Adam Crouch announced the result shorlty after the ballot in Sydney. Mr Perrottet won the ballot 39 to 5.

"It's an absolute privilege to be voted as the leader," Mr Perrottet said. "I appreciate the trust my colleagues have placed in me."

Rob Stokes was his moderate rival in the ballot. The meeting was delayed because of COVID-19 rapid antigen testing as MPs went in to NSW Parliament on Tuesday morning.

Mr Stokes said: "Our party room has made their choice, and made it emphatically. I'd like to congratulate my great friend Dom Perrottet on being chosen as our new leader and becoming the NSW Premier.

"Dom has proven himself as an outstanding Treasurer and will be a great Premier. He has my full support.

The community now rightfully expect us to get on with the job we were elected to do and ensure that we recover from the pandemic and regain our freedom."

The extraordinary ballot situation evolved after the popular Ms Berejiklian resigned from NSW Parliament after she was named in an ICAC inquiry.

Mr Perrottet has been NSW Treasurer. From the right wing of the Liberal Party, he won the support of a moderate bloc headed by western Sydney MP Stuart Ayres.

He's expected to lead a conservative agenda, being a conservative Catholic associated with the Opus Dei movement and having espoused support for former US President Donald Trump in the past. He also voted against marriage equality.

He has overseen a strong period of growth for the NSW economy and was willing to open the pursestrings for regional NSW, working closely with his "mate" John Barilaro, who on Monday also announced he was resigning, saying he'd "lost the fight".

Mr Perrottet will now go to NSW Government House to be sworn in as Premier.

The story Perrottet holds off moderates to take leadership first appeared on The Land.