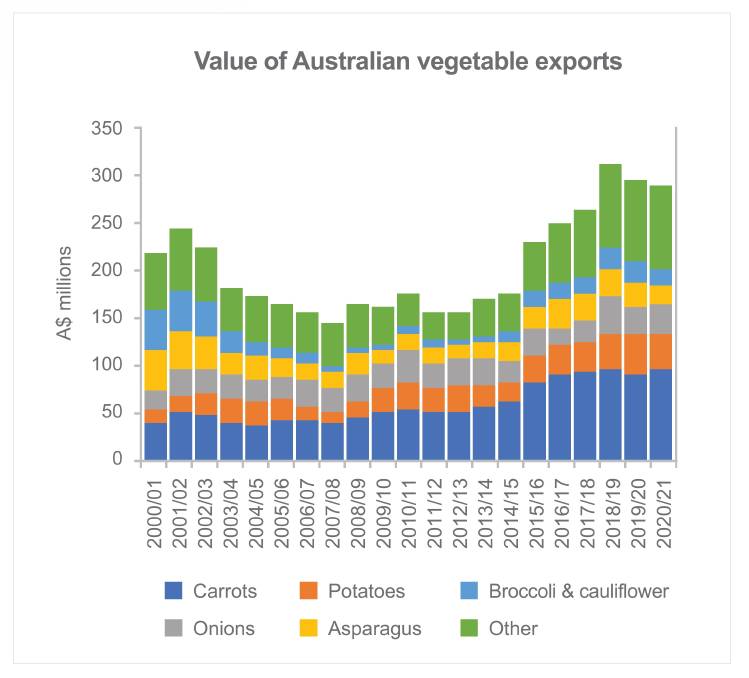 THE Rural Bank report said Australian potato exports declined by $5.3 million (down 12.7pc) in 2020/21 but still achieved the third highest value of exports at $36.3 million.

The decline was driven by an 8.5pc decline in export volume and a 4.8pc fall in average export price on the back of stagnant demand.

"This increase in exports was primarily driven by a rise in exports to Thailand, Taiwan, Malaysia and Singapore.

"This was enough to offset a decline in exports to Australia's primary onion exports markets in Europe as exports to the EU-27 declined by $2.9 million (down 28.8 per cent).

"European demand was weakened by extended lockdowns seen throughout most of the member states during the year. An increase in onion production throughout parts of the EU-27 also pushed onion exports lower."