MONITOR TRAITS: Dr John Morton says it is vital to monitor non-production traits to ensure breeding for production is not negatively impacting them.

A focus on production traits in dairy breeding had led to a decline in fertility but that trend has now been reversed with better breeding values.

Genetic change could drive up to an 8 per cent increase in the six-week-in-calf rate in Australian dairy herds between 2018 and 2030, according to veterinary epidemiological consultant Dr John Morton.

Dr Morton told the Herd 21 conference in Bendigo, Vic, earlier this year the focus on only production breeding traits up until about 2000 had led to a steep decline in cow, sire and herd fertility.

He presented research he had undertaken using information obtained from the Datagene database about every Holstein calving from 1980.

The data revealed the Australian dairy herd was doing the inverse of genetic progress for daughter fertility until the last decade. 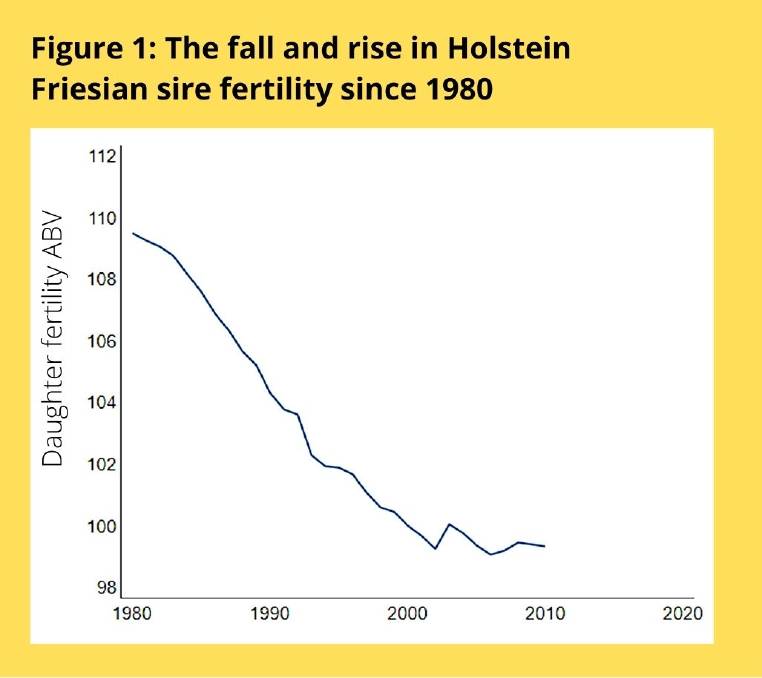 Cows were being bred by sires that had dramatically lower daughter fertility than their dams.

This meant the younger animals in the herd had a lower daughter fertility breeding value than the older animals.

"So what's happening is the young ones are coming in but their genes are worse than the older cows in the herd," Dr Morton said.

"So this is like reverse genetic progress because the sires are coming down."

Even once this issue was addressed and sire daughter fertility breeding values started to improve and were included in the overall breeding indexes, there was a lag before it had an affect on herds.

"The sires started improving but the herd only starts improving some years later ... because we don't milk two-year-olds, we milk herds of mixed-aged cows."

Dr Morton said the decline in overall herd fertility and dam fertility was not as steep as the fall in sire fertility because there had been some natural selection occurring.

"Unfortunately the effect of that natural selection was nowhere near enough to counter the decline in the sires." 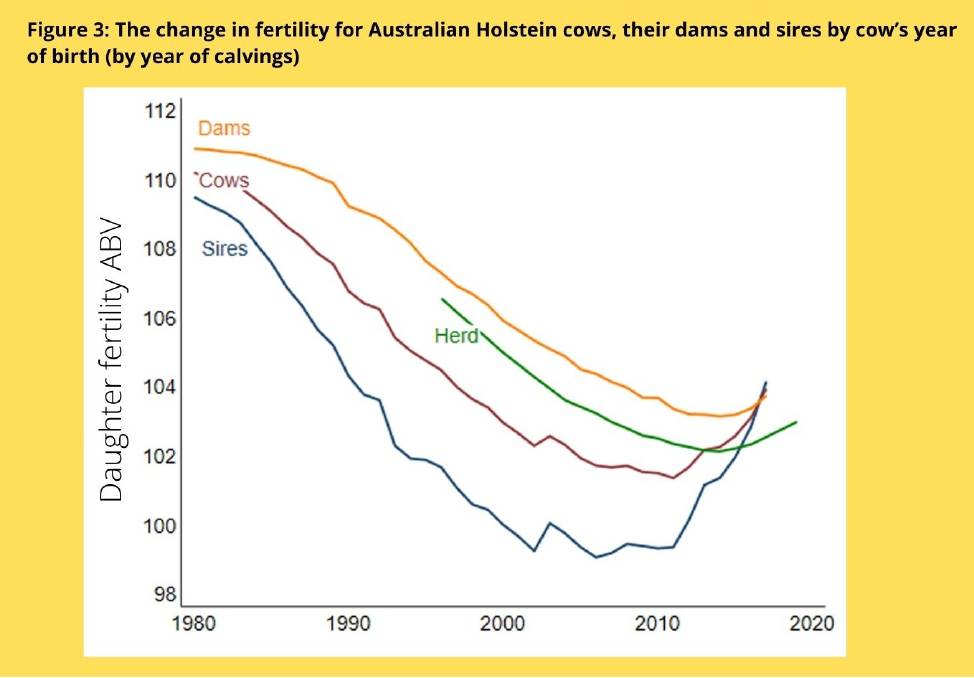 The good news was that farmers could use the daughter fertility breeding value to address herd fertility issues.

"It's a real credit to the geneticists given the crap data we give them to generate a breeding value that's so good," he said.

Research by Ee Cheng Ooi with herds in northern Victoria had shown using the daughter fertility ABV in breeding had improved the six-week-in-calf rate.

But Dr Morton warned the level of improvement would not be the same for all herds.

It's a real credit to the geneticists given the crap data we give them to generate a breeding value that's so good. - Dr John Morton

Herds with an enormous range in daughter fertility breeding values would benefit from genomically testing heifers and selecting for that trait.

Herds with a narrow range in values would see less benefit.

Herds with already high daughter fertility would also need to be careful with their sire selection to ensure they didn't pull down the level.

Those with overall low daughter fertility could make big improvements by selecting for that value.

Dr Morton said Australia was leading the world in developing multi-factor breeding values such as the daughter fertility ABV that were generating benefits at the herd level.

He sounded some notes of warning.

The first was to Jersey breeders.

Although his analysis and research was focused on Holsteins, Dr Morton said Jersey breeders should take note.

Jerseys had not suffered the same steep fall in herd fertility as Holsteins, but there had been a gradual decline that had become slightly more rapid in recent years,

"I reckon this might be an issue for Jerseys as well," he said. 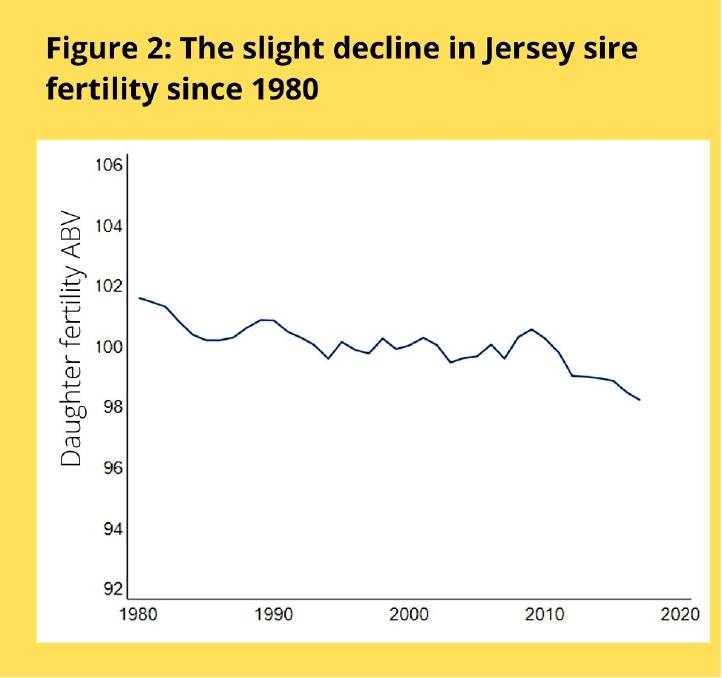 He also warned that higher levels of inbreeding, as revealed in other research presented at the Herd 21 conference, could have an impact on traits such as daughter fertility.

He said he was encouraged that geneticists were monitoring and working on non-production traits and the impact on those of selecting for higher production.

"Even if we don't make progress on a lot of those non-production traits at least someone's watching to make sure this (decline) doesn't happen to them," he said.