SOUTH AUSTRALIA'S grain harvest is officially underway, with Eyre Peninsula growers reaping peas and delivering the first load for the season into Viterra. 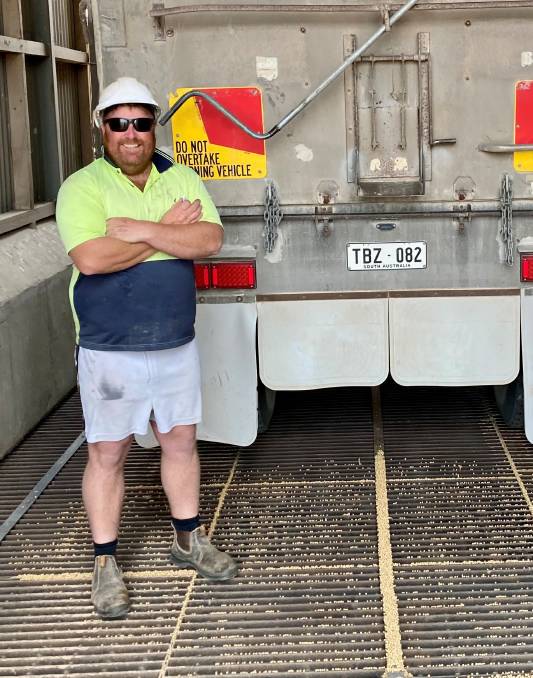 SOUTH AUSTRALIA'S grain harvest is officially underway, with Eyre Peninsula growers reaping peas and delivering the first load for the season into Viterra.

Mr Calliss said he had harvested 220 hectares of peas to date and was achieving yields of 1.2 tonnes a hectare.

The Calliss family dry sowed their peas in early April and received 18 to 20 millimetres of rain on their coastal country soon after to kick along germination, but their season didn't break properly until the end of May.

Like much of the state, Arno Bay growers enjoyed a wet June and July but were ultimately let down by a dry August and September.

"The cream has certainly come off the top of our yields because of a dry spell over the past couple of months," Mr Calliss said.

"We were probably set up for one of our biggest years ever (in July), but then the tap turned off."

Cropping in 300mm rainfall country at Arno Bay, the region has had 200mm to date.

Despite this, Mr Callis said they were still expecting average to slightly above average yields, which combined with good grain prices, has farmers in the district feeling upbeat after four consecutive poor years.

"Even though we're still four inches below our average rainfall it's still going to be an good year purely because of grain prices," Mr Calliss said.

In what he described as a "godsend" for their cereal crops, the Calliss' received 15-17mm on some country, and 6-7mm elsewhere, last week which will boost their cereal yields to an estimated 1.2-1.6t/ha.

"We're going to start spraying our barley out early next week so we're still about three weeks away from starting on that, which is a bit later than usual for us," Mr Calliss said.

"Our wheat is still about three or four weeks away."

Viterra Western Region operations manager Nick Pratt said the first load of the season signalled an exciting time ahead for the business.

"One of our key priorities is providing growers with a valuable and efficient service during their busiest time of year," he said.

"We carry out a great deal of planning ahead of the season so that we are prepared for growers' delivery needs, and our sites are ready to go."

Following a strong shipping season which saw 5.5 million tonnes of grain outturned from the Viterra network to international markets, Viterra believes it is well-positioned to manage the harvest, with low carryover stock.

"We continue to experience strong demand for grain from our network which is great news for growers getting ready to deliver to our sites," Mr Pratt said.

"We have about 40 buyers in the Viterra system which gives growers greater options on who they sell their grain to.

"I've been attending events and meetings with growers and they are feeling positive about the upcoming harvest, and we expect deliveries to slowly start over the coming weeks."

The 2021/22 harvest will also see the introduction of Viterra's port direct and digital delivery advice, which the company expects will benefit grower and buyers by reducing receival fees.