Goondiwindi "boy" Jake Finlay is making it big in the world of American rodeo.

In the United States of America, a boy from Goondiwindi is making a big name for himself.

In the United States of America, a boy from Goondiwindi is making a big name for himself.

Jake Finlay is a four-time national rodeo champion from the NSW-Queensland regional border town. He moved to the States seven years ago to enter the rough and tumble of American rodeo, and he's been "pretty good" at it ever since.

But there have been struggles along the way, living halfway around the world from his family.

After arriving in the US he attended Oklahoma Panhandle State University on a rodeo scholarship and was part of two men's team national crowns in 2017-18.

"They pretty much repeated the same things: lift on your rein and get a two-jump spur out. They just drummed it into me, but they've got a lot of good bronc riders because of it."

The Aussie added his fourth major championship earlier this year by winning the bronc riding title at the RAM National Circuit Finals Rodeo. It propelled him among the leaders in the world standings. "That RNCFR is a bucket-list rodeo to win, and I'm very happy that I've won it," he said.

By most ProRodeo standards, it's oftentimes considered the third most sought-after crown to win behind the world championship, then the National Finals Rodeo average title.

For Finlay, it's a stepping stone. He's qualified for the Prairie Circuit Finals Rodeo for several years.

Last year, he won both the year-end and circuit finals average titles, enabling him to advance to the RNCFR in Kissimmee, Florida.

He claimed the top prize and walked away with $14,248, a voucher for a RAM truck, a Montana Silversmiths buckle, a championship saddle and several other prizes.

The biggest thing he was awarded, though, was a boatload of confidence. He solidified his spot among the top 15 in the world standings for several weeks. That's big.

The top 15 in the standings in each event will then advance to the NFR, rodeo's Super Bowl and World Series wrapped up in 10 days of action in Las Vegas each December. 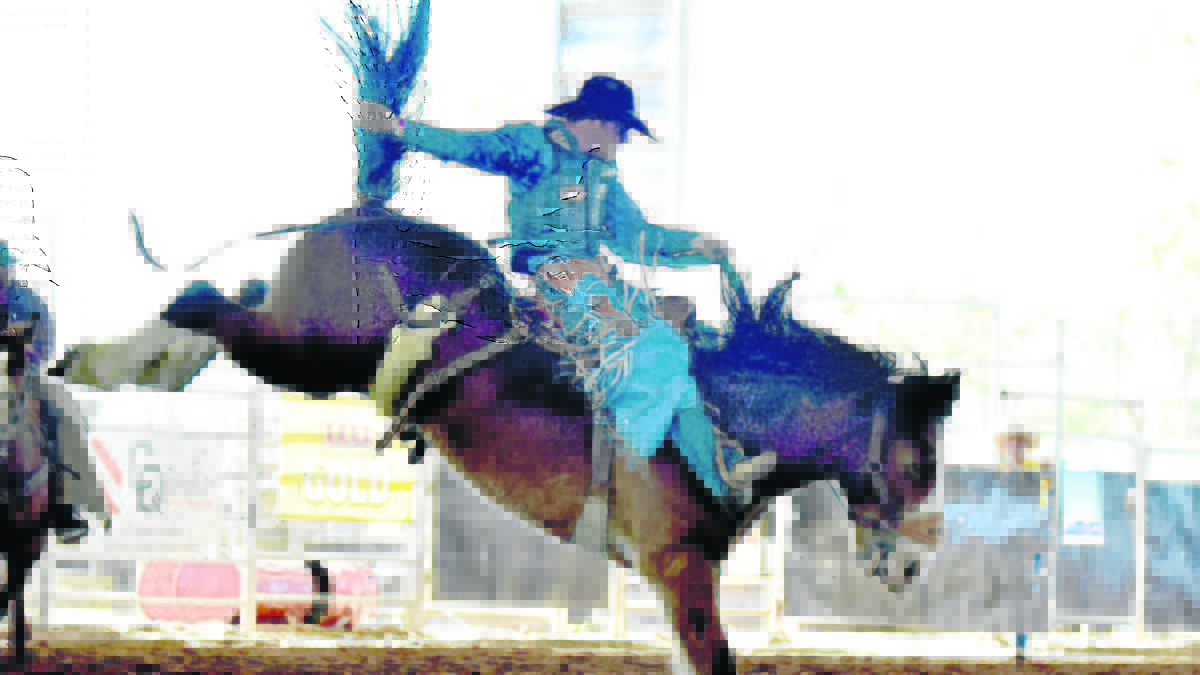 He's been oh-so-close each of the past two seasons, finishing 17th in 2019 and 20th last year. Though he's dropped a bit in the standings through a rugged summer, he's still got his eyes on the prize.

"To be honest, I don't need to do anything different than I am doing," Finlay said. "I've been riding well, but I haven't been drawing toward the top of the herd...(But) as long as you're having fun, it will all fall into place."

He is travelling with world champion Wade Sundell, NFR qualifier Colt Gordon and Tegan Smith, a young bronc rider who has pushed himself into the top 10 in the standings.

Those three are just a handful of dozens of beams that support the redheaded bronc buster, whose nickname is 'Salsa'.

Throw in his girlfriend, TV personality and cowgirl Janie Johnson, and her father, world champion bronc rider Clint Johnson, and there are still many others who help stabilize the backbone of the Aussie hot shot.

Clint Johnson is a four-time world champ and a 1992 inductee into the ProRodeo Hall of Fame.

"He's changed my riding style and changed the way I ride horses. I no longer ride my saddle; I ride my horse. That's been a huge stepping stone in the progression of my riding."

But while he has great support he misses home. Especially family.

"We get to talk on the phone all the time," he said. "It's pretty tough still.

"My mum (Janine) struggles with it a little bit. It's a hard thing, but you surround yourself with good people over here, and it seems to be okay.

"My sponsors Cinch jeans and shirts have been there for me, and they always have your back.

"People like to think sponsors are just a patch and a cheque, but it's a hell of a lot more than that," he said.