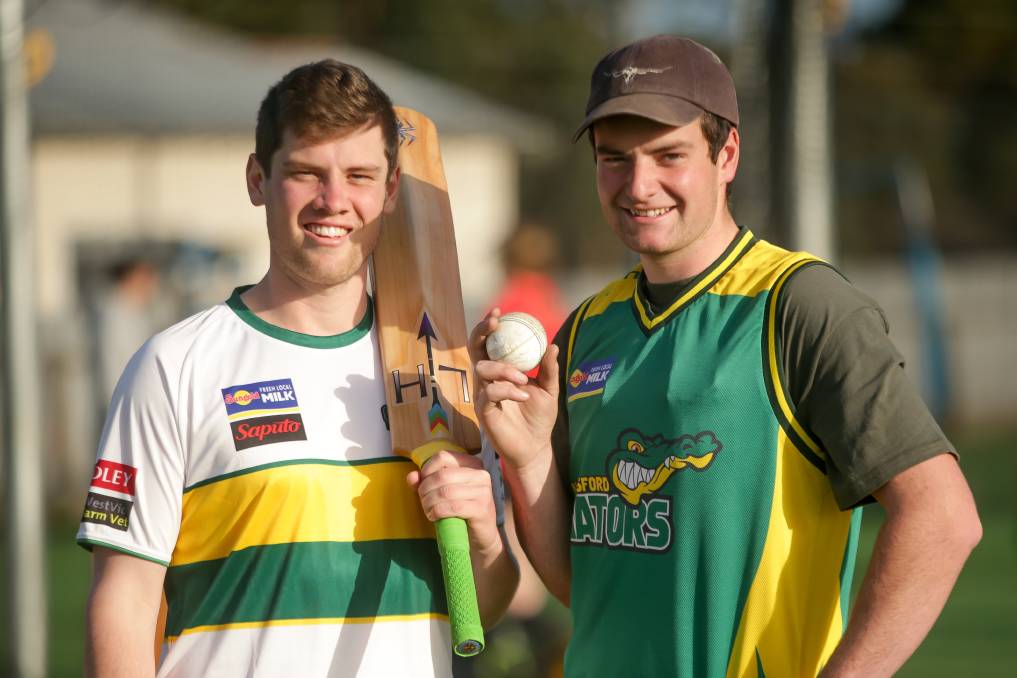 A two-hour round trip to train is worth it for two brothers eager to test themselves in the Warrnambool and District Cricket Assocation.

A two-hour round trip to train is worth it for two brothers eager to test themselves in the Warrnambool and District Cricket Assocation.

Kade is a dairy farmer and Sam a fourth-year apprentice carpenter.

The appeal of "two-day cricket and turf matches" lured them to the Gators.

They're embracing the drive from their home in Irrewillipe and have settled in well at pre-season training.

"Dad (Jeff) gives me anytime I'd like off for cricket. We have a really good set up at home which allows me to come down," Kade said.

"It is probably about an hour (each way) for both of us to come down but we're really enjoying it so far.

"It will be a fairly big step up we think which will be good."

"We've played cricket here before on the turf (during junior country week) and we've always enjoyed it," he said.

"I have always enjoyed playing cricket with Kade and it's half the reason why we came to Allansford.

"We only ever played one season apart."

Kade hopes to establish a spot in the Gators' top order.

"I am an opening bat and bowl a little bit so hopefully I can get a few runs and wickets," he said.

"Batting will be one of the strengths (as a team) and the two Boyds (dad Ben and son Ethan) will probably be two of our better bowlers."

Sam is a wicketkeeper-batsman.

"Kade came out to watch us in the last game of the season last year," he said.

"He was really impressed with how the boys interacted together and the real team atmosphere and loved our training facilities.

"He messaged me at the end of the season, saying 'I'm interested in playing, can we have a chat?'.

"So we did and he's brought down his brother as well. We're delighted."

The story New Gators embracing the travel factor first appeared on The Standard.