The machinery sector's quiet achievers working away in the background to keep equipment running have been recognised across Australia and New Zealand. 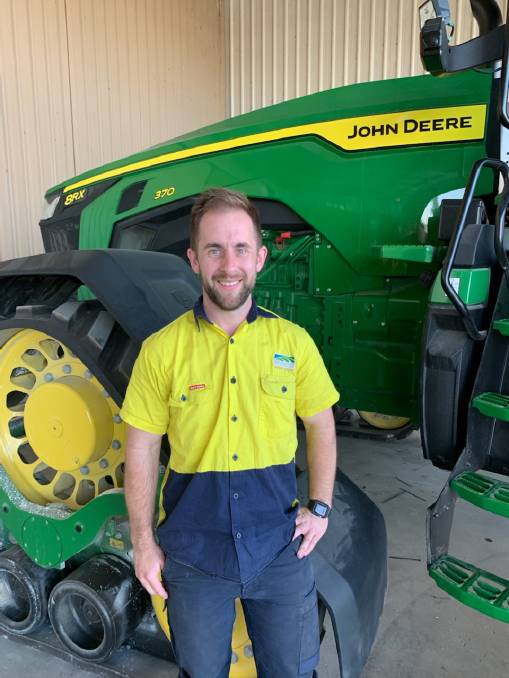 Josh Carter, Emmetts, Horsham, Victoria, has been named the Australian John Deere Ag and Turf Services Technician of the Year.

The machinery sector's quiet achievers working away in the background to keep equipment running have been celebrated across Australia and New Zealand.

John Deere held its inaugural technician awards on Friday and, although they were unable to gather in person for a gala dinner, dealerships held events to recognise the 27 finalists.

A common theme rang throughout the judges' remarks and humble speeches of the eight winners - that the best technicians are highly-skilled, lifelong learners who recognise the importance of forging strong connections.

Taking out the Australian Ag and Turf Service Technician of the Year award was Josh Carter from Emmetts, Horsham, Victoria.

Mr Carter is a dual-tradesman and father-of-two who has worked for Emmetts in the Wimmera region for 15 years.

During the diagnostic testing component, not only did he successfully diagnose the problem, he identified other areas in need of repair the instructors weren't aware of.

"I am humbled by the win as it is very rewarding to be recognised in this way," Mr Carter said.

"Technicians work hard each day to do the best job we can for our customers, so even being named among the finalists meant a lot to me. The effort and dedication we all put into the job every day was acknowledged through these awards, which was wonderful to see.

"I think all the technicians who were nominated by their dealership should feel incredibly proud of their achievements, it's clear these people are highly regarded in their roles."

The New Zealand Ag and Turf Service Technician of the Year award went to Bryce Dickson from Cervus Equipment, Whangarei.

"I look forward to the future working for a technology company that builds tractors," Mr Dickson said.

Mr Carter said the best part of his job is forming long-term relationships with customers and contributing to their business' productivity.

"We work really hard to ensure our customers and their machines are well supported, and, seeing them up and running efficiently is one of the most rewarding parts of what we do," he said.

"As a tech, there is never a shortage of something new to learn as the machinery and technology is continuously improving and evolving. That's what has kept me interested in the job, I have become passionate about the technology, and enjoy upskilling myself to keep improving."

"A common theme I noticed across these remarkable men and women was their passion for mentoring and supporting the next generation of technicians who are entering the industry," Mr Chandler said.

"John Deere has a long-term commitment to the Australian agriculture, construction and forestry industries and we foresee future demand for technicians increasing across rural and regional communities."