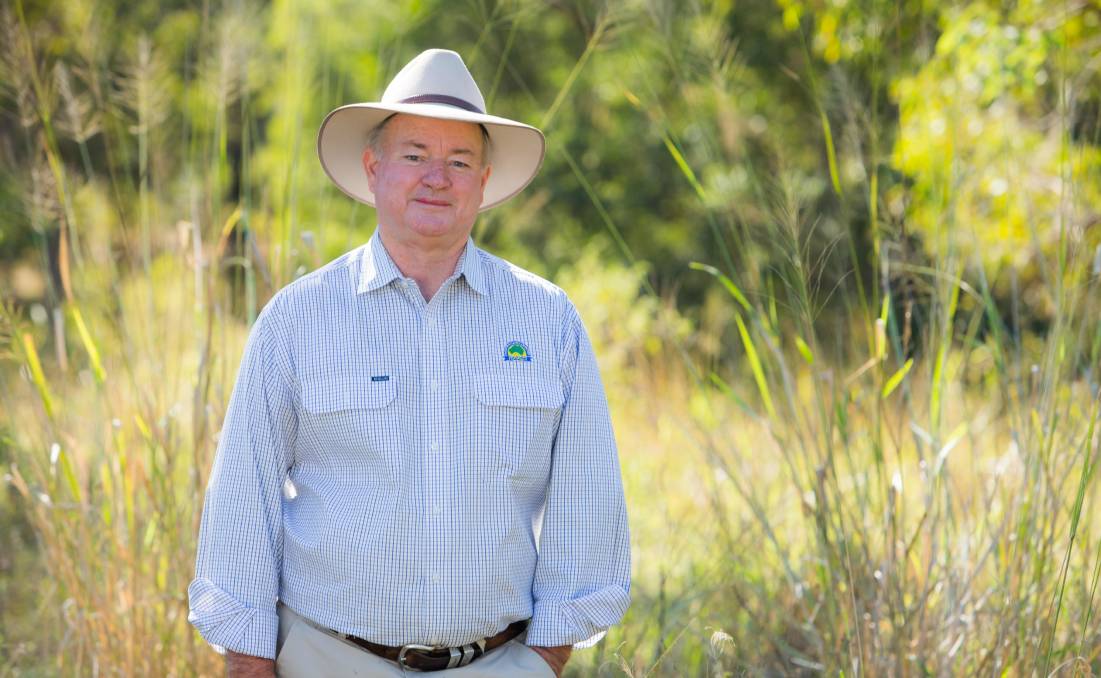 Fundamentals are strong, but there is plenty about exporting beef that is volatile: Foote

CONVERSATIONS around the cattle industry's much-touted purple patch have to acknowledge Australia exports more than 70 per cent of its beef and future prosperity is dependent on remaining competitive in international markets.

Right now, that's not happening. The price of Australian beef is at, or above, that of every other competitor country.

And while there are indeed strong positive fundamentals such as growing global demand, and a willingness to pay a premium for high quality, clean and green beef, there are also a number of other dynamics at play that speak to volatility, risk and challenge.

This is the feedback from many in the beef exporting game at the moment, and a member of the executive team at Australian Country Choice, David Foote, has articulated the message with insights from the coalface.

ACC is a big supplier of beef to both the domestic and global market. It is the country's largest vertically-integrated beef supply chain, with operations encompassing cattle breeding, backgrounding, lot feeding, processing, value-adding, retail packing, distribution and export.

Mr Foote questions the sustainability of the current prices at which Australian beef is being sold.

"Remember, we are putting the lowest amount of product onto the market ever," he said.

"This year's slaughter will be at a 35-year low.

"That has allowed the price to hold but when we are trying to push another 600,000 tonnes into the global market, there will have to be downward price pressure."

Mr Foote said Australian beef would have to rely on its provenance story, its past successes and the strength of customer relationships more than ever in the future.

"As the globe comes out of the pandemic and financial constraints, there'll be customer reluctance with Australian pricing," he said.

"We are the most expensive in the world. We are 9 per cent dearer than locally-produced beef in the United Kingdom and nothing in a free trade agreement will change that.

"Japan, our largest customer, is now mostly importing manufacturing grade products, not high end beef which they have turned to the United States for.

"The US is filling every market void we have at the moment, at a lower cost.

"Our traditional markets are struggling under COVID and are looking for cheaper alternatives. Vietnam is importing live cattle from Brazil. Indonesia has also opened its doors to others."

The dynamics that have allowed the status quo will not be ongoing, Mr Foote argues.

"Argentine beef exports have been severely disrupted and therefore its customer demand is not being fulfilled and the impact of African swine fever has created protein gaps," he said.

"But all those things will stabalise. And despite talk of a global cattle shortage, we are certainly not seeing that yet.

Already, there are clear risks in the production side and it is now as though there are two distinct sectors-within-a-sector.

"The breeder has, in my time, not ever experienced times as prosperous as these," Mr Foote said.

"Their costs of production have generally only risen by the CPI (consumer price index) over the past three years yet the value of a weaned calf has nearly tripled.

"But the trader is now taking on big risk to pay today's prices for young cattle without knowing the future selling price.

"They do know a gradual decline is inevitable, based on increasing supply.

"Some analysts are forecasting an EYCI (Eastern Young Cattle Indicator) bottom of $7.80 (cents a kilogram carcase weight) sometime between now and late 2024.

"The balance of risk has changed at the saleyard and what the long-term implications of that will be, we don't know."

The domestic market has been a pillar of strength for Australia's beef industry but even here, there are risks producers should be aware of, Mr Foote believes.

Consumer insight research is showing that as the average price of retail beef has risen, consumption really hasn't taken a hit.

"If you pull it apart, while the spend on beef isn't changing, people are downtrading. Less t-bones and porterhouses are being bought, replaced by mince," Mr Foote said.

"People still want to hold beef in their diet but they have a budget to maintain.

"Consumers have stuck with us and that is a very positive sign."

However, behind the scenes retailers are clearly absorbing price rises on behalf of the customer - knowing that beef is a 'must-have' in their stores - and that can't be sustained forever, Mr Foote said.

Will that mean we are approaching a day when supermarkets take sirloins off the shelf?

"Who knows, but beef definitely does not own the space. This is a very price-sensitive business," Mr Foote said.

"Internationally, more so. Here, you have to switch proteins to escape high prices but globally, customers can choose beef from another country.