THE red meat industry's bold ambition to be carbon neutral by 2030 is progressing, with big strides being made towards the commercialisation of feed products designed to reduce livestock methane emissions.

Investment dollars are flowing to the Tasmanian seaweed producer and manufacturer Sea Forest, which is developing a livestock feed additive that will reduce emissions without affecting production levels for milk, beef and wool producers.

The latest is a Federal Government co-investment of $675,000, which comes off the back of the company's $50 million investment to lift its supply of the seaweed additive.

A capital-raising bid by Sea Forest to expand marine farming, harvesting and processing operations at its 1,800-hectare sea lease at Triabunna, just north of Hobart, was oversubscribed, in a sign of investor faith in the potential of low-emission livestock feed.

The company has a hatchery which is Australia's largest marine lease growing Asparagopsis seaweed, and a processing plant that converts the seaweed into user-friendly products that reduce carbon emissions. 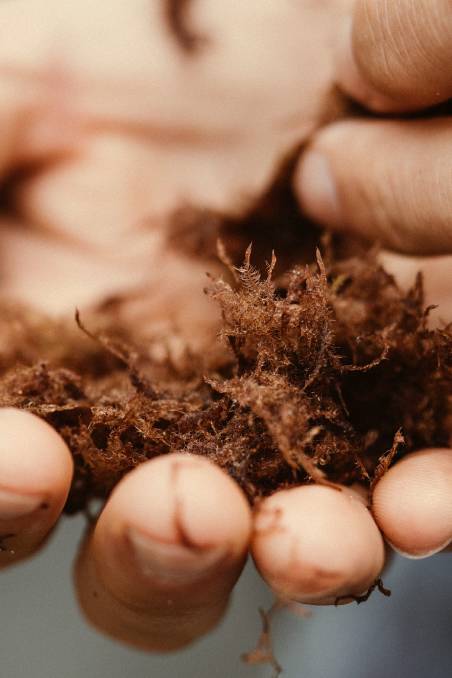 "From our stage one farm we plan to produce 7,000 tonnes a year of seaweed for livestock, which will go a long way, initially cutting carbon emissions from livestock by about 400,000 tonnes per year," he said.

The world seaweed market is currently worth $11 billion and the Australian Seaweed Institute projects the Australian market to be worth $100 million in 2025 and $1.5 billion by 2040.

Mr Elsom said governments and the private sector had recognised the important impact methane had on global emissions and were now taking action to reduce its effects through technology investment and purchase of products.

Indeed, the 2030 net zero emissions target, known as CN30, positions the red meat industry as being on the front foot, collaborative, proactive and positive in its actions, according to the recently-released 2020 Red Meat State of the Industry Report.

The report makes mention of CN30 having the wider benefit of sparking discussion within other organisations and governments about developing their own carbon neutral and sustainability goals.

To keep the CN30 momentum, Meat & Livestock Australia, which originally announced the initiative in 2017, has outlined four key work areas that provide a framework for ongoing investment.