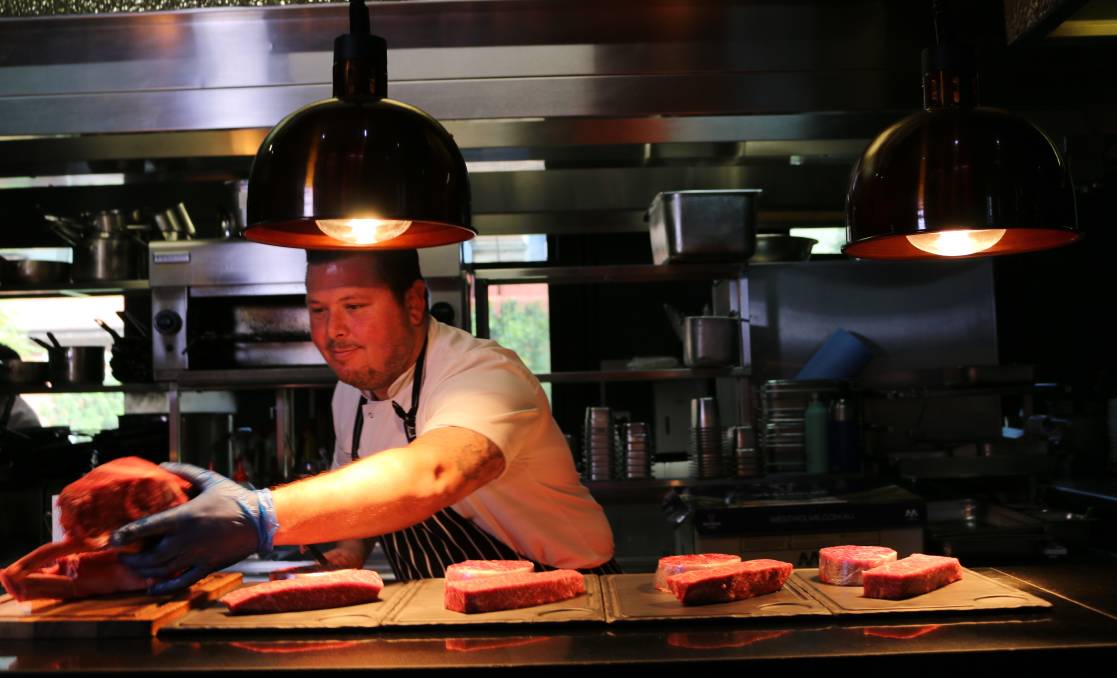 CHANGE: Rising global incomes will change the demand dynamics for beef and the opportunity is now right on the doorstep, agribusiness economists say.

RISING incomes around the world and the way that changes how much red meat people can buy, and what they want from it, has long be touted as a key opportunity for livestock industries.

Agriculture economists are now flagging just how substantial, and time-sensitive, the potential is.

Billions of additional people around the world will be at, or very near, high-income food consumption patterns within the next two decades, The Commonwealth Bank's October Agri Update says.

The 'more, and better, food' narrative had been a mainstay of optimism about agriculture's future for at least two decades, he said.

"The income growth dimension of that narrative is playing out as expected," he said.

The CBA report uses US$40,000 as the high income threshold and indicates there will be two to three times more high-income consumers in the world within two decades.

CBA analysts identify 40 nations who are on a 'fast-track' path with income growth. Most are in Asia, with another large bloc in Eastern Europe. China and India, which each have populations of 1.4 billon, both fall into this category.

The report says while some of the impact of their transition on feed demand has already occurred, most is still in the future.

The 'slow-track' nations are concentrated in Latin America, the Caribbean and Africa and include Brazil, with more than 200 million people.

CBA predicts around a third of the fast-track nations will see their average income exceed the high-income threshold by 2040 and another half will move into the US$20,000-$40,000 range, where transition accelerates.

"Fewer of the slow-track nations will, but there will be some and these are big numbers of people we are talking about," Mr Gorey said.

The more money a consumer has, the more attributes he or she seeks in food.

"That impacts sectors like meat and dairy most, which involve a lot more value-adding than vegetables and grains," Mr Gorey said.

Food safety is the first cab off the rank of emerging demands as spending power grows, followed closely by fresh.

"Then it is variety - beef will have to be suitable for cuisines and dishes from cultures all over the world," Mr Gorey said.

"The next phase is the desire to know how food was produced, that someone else was not harmed in the process of getting it to market - no slave labour was employed, no one was exploited. That flows onto animal welfare concerns.

"And the big one coming is environmental sustainability, especially for red meat. Livestock industries will have to find a way to reduce and offset greenhouse gas emissions."

Mr Gorey said all these attributes were already demanded by consumers in high-income brackets.

"But in a nutshell, there are six billion people in the world and only one billion are currently in that income bracket. By 2040, there could be an extra 3.5 to 4b. And more to come quickly after," he said.

"The sheer scale of that means change has to come quickly for global beef suppliers."

The CBA report says disruption will be a part of the journey for agriculture, and will be amplified if the shift to higher incomes happens faster than predicted.

"It may be the scale is so large we have to entirely rethink how we produce foods," Mr Gorey said.

For the meat business, that could mean the animal protein substitute industry has to expand far more quickly.

"Right now our best factory for meat is an animal, but that may not be the case going forward," Mr Gorey said.

Cyclical disruptions, and volatility, are also likely to be far more distinct.

"The instances when supply gets very tight and pushes prices up are likely to increase. Extended episodes of higher prices will be important to fund and facilitate the production changes required."

COVID-19 had brought to the forefront 'just-in-time' supply chain management and this would increasingly become important as the beef industry moves to meeting the demand of larger populations with greater spending power, Mr Gorey felt.

"COVID has certainly created a more open attitude in supply chains to flexibility and pivoting, which will serve the industry well in the future," he said.