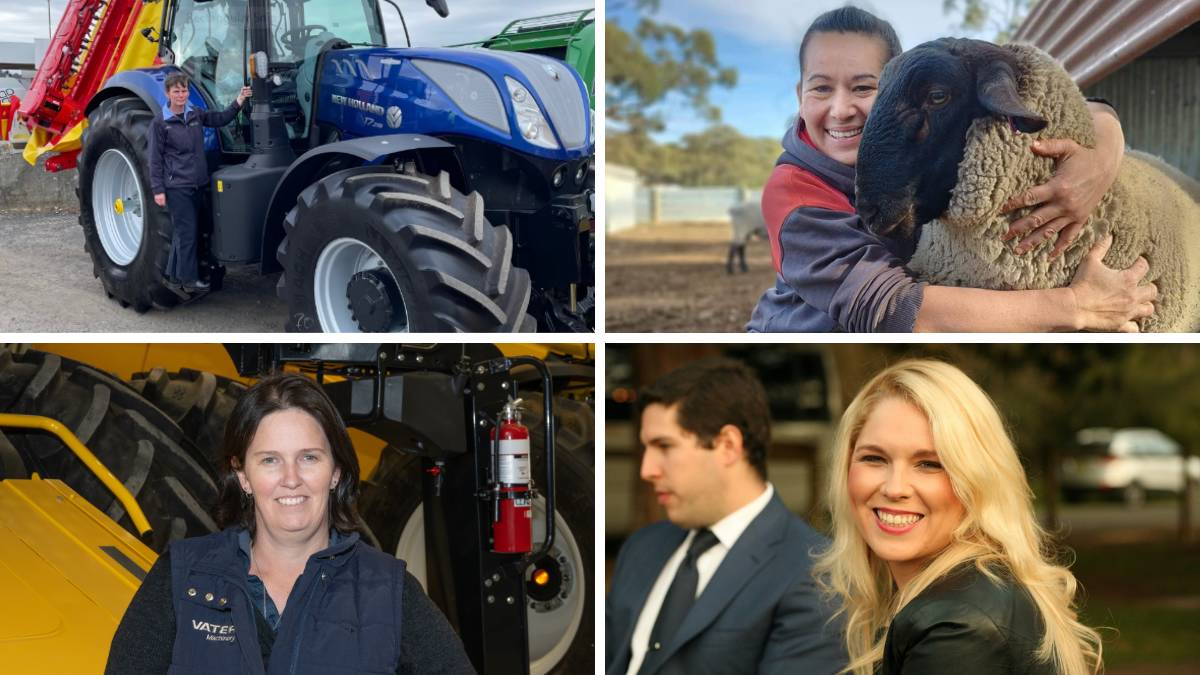 The role of women within the agricultural industry has evolved and become crucial for its continued success.

The role of women within the agricultural industry has evolved and become crucial for its continued success.

It has become a talking point in recent years but for many, this has long been understand.

Today is the International Day of Rural Women and companies like New Holland are celebrating the achievements of their female workforce and customers.

"While agriculture has been a historically male-dominated industry, it's pleasing to see how our industry has celebrated and welcomed the increasing role of women over the decades," Ms Quarmby said.

"Women continue to break the mould and redefine what it means to be both a farmer and a woman."

Bringing her passion for building relationships between companies and suppliers, Ms Quarmby has been able to train dealers in procurement practice and how to pitch themselves for corporate and government business.

While working for New Holland, Ms Quarmby has taken maternity leave twice; the second time for a full 12 months.

"Both times I was able to exit and re-enter the workforce smoothly. While I only took 12 weeks the first time, it was entirely up to me how much of my maternity leave I wanted to take," Ms Quarmby said.

"We need to show women there is longevity in a career in agriculture, and there are ample opportunities to work up to senior management. Tractors aren't just for boys."

Gaffney Machinery is a New Holland dealership based in Tasmania.

Its dealer principal Alana Edmunds initially joined the business straight out of high school in a clerical role. In 2001, Ms Edmunds was one of three core staff members to buy into the business.

She later became general manager, and then managing director, when the business made the decision to join the AEH Group in 2020.

We need to show women there is longevity in a career in agriculture, and there are ample opportunities to work up to senior management. - Taryn Quarmby

When Ms Edmunds joined, she was the only female in a small team of seven. Women now represent a strong component of the business, which is 45-strong, in roles ranging from spare parts through to admin and sales.

"Females bring as much value to this industry as males can," Ms Edmunds said.

"My biggest achievement is being able to grow the Gaffney name over the years. I'm also proud to have customers who we've supported through good and challenging times."

Over the years, she gained more experience and responsibility, from initially working on the workshop floor to moving into a service manager role. She now operates in the role of group service manager, looking after service operations across Vater Machinery's three branches in Kadina, Nuriootpa and Saddleworth.

My advice would be to give things a red-hot crack; even if you fail you gain valuable experience which puts you in a better place for next time. - Rachel Chirgwin

Ms Williams said her biggest achievement is coming up through the ranks and helping to establish successful service departments at each of the dealerships.

"It's great to see women out there who are confident in what they're doing and know what they're talking about," Ms Williams said.

"They're realising they can help out and really drive projects."

She started out completing her Bachelor of Agriculture and Advanced Diploma in Rural Business Management.

"I just think it's an exciting time to be in agriculture, whether you're a male or a female - there's so many opportunities," Ms Chirgwin said.

"My advice would be to give things a red-hot crack; even if you fail you gain valuable experience which puts you in a better place for next time."