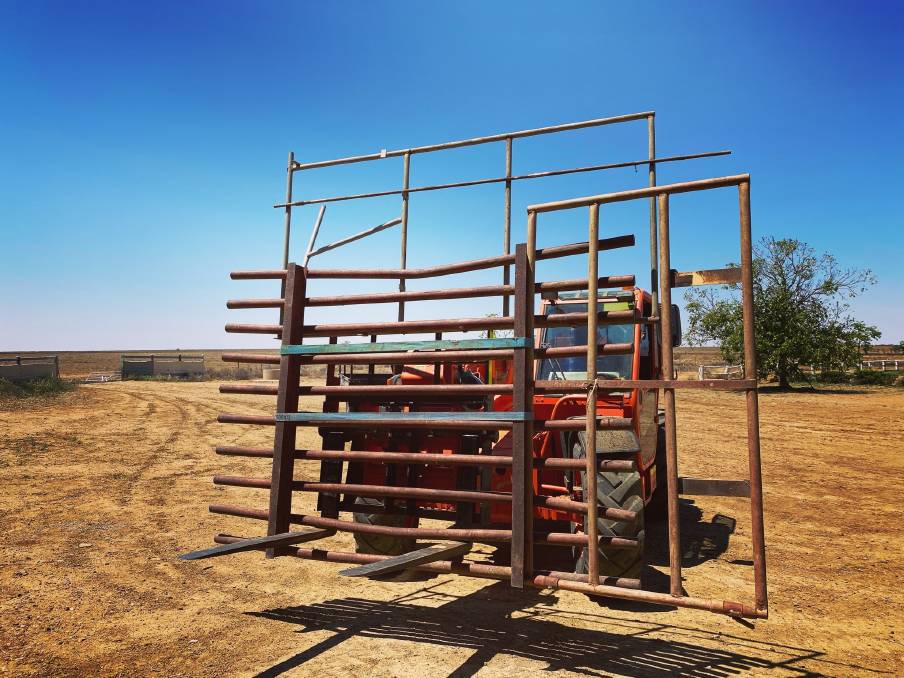 They say necessity is the mother of invention but Longreach grazier James Walker isn't expecting phone calls commissioning his services after his most recent construction job.

They say necessity is the mother of invention but Longreach grazier James Walker isn't expecting phone calls commissioning his services after his most recent construction job.

While it mightn't look pretty, the grid and old gates bolted onto the front of his tractor is doing just what it was made for - scraping dozens of kilometres of roly poly off the fencelines at Camden Park.

Most graziers in western Queensland are familiar with roly poly - Salsola australis in scientific terms - but until late September not many would have experienced the conditions Mr Walker captured on film, when winds gusting in excess of 30kmh turned his paddocks into a rolling tide of plant matter.

The scene was like something out of a black-and-white Wild West movie in the US as the wind whipped thousands of balls from one side of the paddock to the other, and back again.

Once the ferocious winds had subsided Mr Walker and many other producers were left with fences bowing under the pressure of the weed.

In the Walkers' case, that was 100km of valuable exclusion fencing that was under threat of weakening, making the need for a solution urgent.

With his makeshift stickrake, he drives along beside a fenceline until the compacted load threatens to escape over the top, then pushes it away from the fence and proceeds to compact it.

"I'd love to know how other people are dealing with it," he said. "Maybe there's something out there that's a better technique than mine."

There's a Paddock in here somewhere....... a bit different to lakes district @redshepherdesspic.twitter.com/XNK2ZBclW0

Perhaps channeling the recent proposal to turn prickly acacia into something that could be used in co-generation power plants, Mr Walker also wondered if the dried out plant could be turned into a valuable carbon resource if it was bagged into woolpacks

"Maybe we can sell it to Bunnings for kindling," he said, half tongue in cheek. "We've been putting fairy lights in the balls and using them as chandeliers, and our kids call them outback fireworks when they explode in the campfire."

On a more serious note, Mr Walker said he now knew the best fence design to withstand roly poly pressure better, saying that a strainer or drill stem was needed at least every 50 metres.