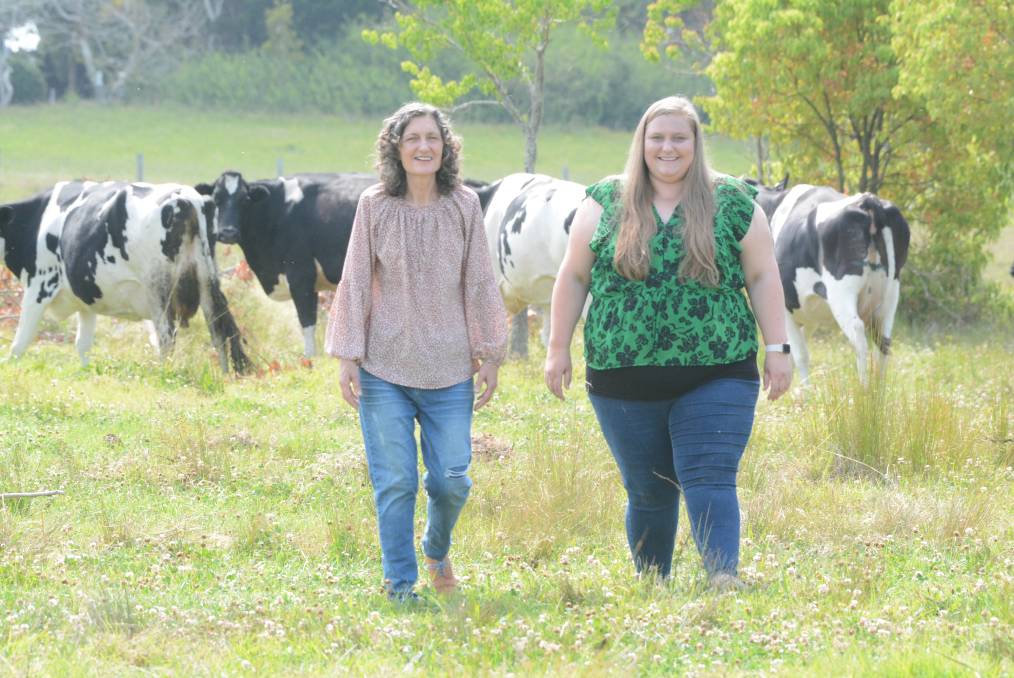 COVID has affected the business on the dairy farm, but so has the floods, the droughts and everything that has come with it, the women said.

Today - International Day of Rural Women 2021 - is a fitting opportunity to talk with Debbie Polson and her daughter Emma about their experience running a dairy farm during what feels like a never-ending series of unfortunate events.

The Polson family name has had a long association with dairy farming in the Manning Valley.

The theme for this year's International Day of Rural Women is "building rural women's resilience in the wake of COVID-19." However Debbie, 63, and her daughter Emma, 32, say they are still recovering from drought, bushfires, and the devastating March 2021 floods. COVID is just another hurdle.

Having lived at Oxley Island for almost 40 years, and running the Blue Silo Holsteins dairy farm with her husband, John, for 36, Debbie has experienced hardships within the industry before. But nothing like the last two years.

Predictions were that Friday, March 19, 2021 would be a mild to moderate flood, Debbie explained.

"We could see cows, boats and everything floating past our house. And then by 8.30am it had broken the (river) bank."

Someone from the community rolled up in a ute with all these supplies and it nearly made me cry, because you are just at this point of breaking. It was the hardest thing I have ever been through in my life so far. - Emma Polson, reflecting on the March 2021 floods

Debbie's daughter, Emma remembers one time during the flood thinking 'how could it get any worse?'

"I thought surely tomorrow can't be as bad as today, but sure enough the next day was just as bad. There was just so much going on," Emma recalled.

"Someone from the community rolled up in a ute with all these supplies and it nearly made me cry, because you are just at this point of breaking.'' 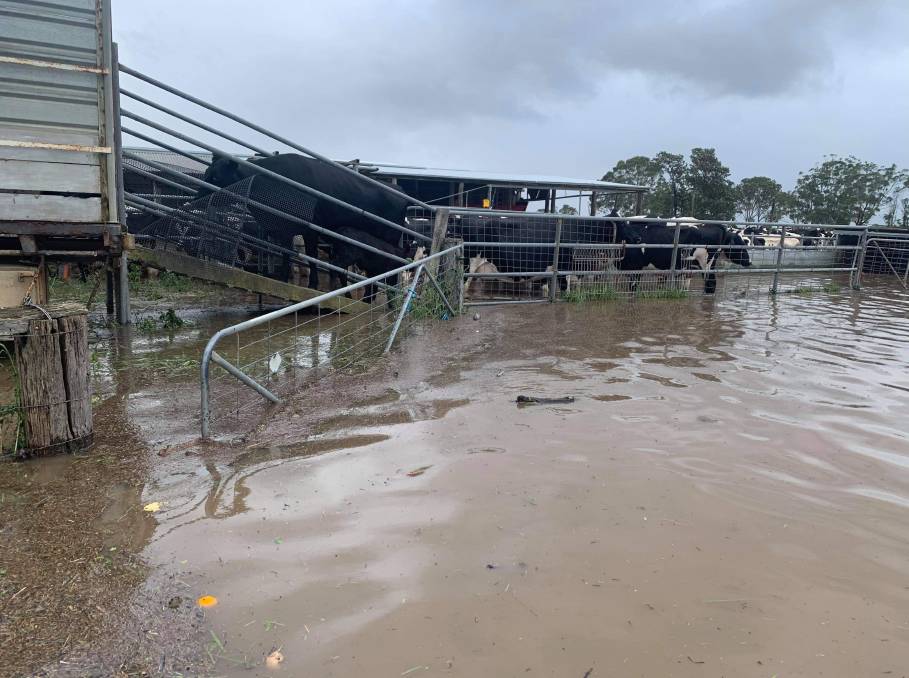 And though work on the dairy farm for the women is exhausting, it doesn't stop there.

Emma also works full-time as a support teacher at a primary school in Taree. Before she even steps into a classroom, Emma works on the farm for a few hours every morning, feeding and milking the cows, all 380 of them between the two dairies.

The flood added another layer of work, with cattle getting sick, food supplies limited and paddocks being destroyed.

"It was the hardest thing I have ever been through in my life."

Emma was working on a dairy farm in Canada when the bushfires hit the Manning towards the end of 2019. She said it was "devastating" to see photos of her dad herding other people's cattle, and not being able to physically help.

I thought surely tomorrow can't be as bad as today, and sure enough the next day was just as bad. - Emma Polson

Both Debbie and Emma emphasised the support from Need for Feed, a project of the Lions Clubs that gives 100 per cent of all donations to assist farmers and rural communities in need.

"Sometimes when devastation like the floods happens, the support fades away when it looks like it is over, but the Need for Feed gets how hard something like this is. We only just the other day got another load," Emma said.

The Manning community helped during that time, said Debbie.

"(Taree) Panthers Junior Rugby League club even donated meals out to the Island," she said.

"In those first few weeks after, the farmers were just exhausted and so were the employees. So to get so much support from not only the local community, but people around the country was just wonderful," Debbie said.

COVID has impacted farm supplies and caused shipping delays on equipment needed to recover from the flood, Debbie said.

"After the flood, we needed repairs on milking equipment that would usually come from overseas, but with the pandemic, it meant there were delays on transport.

"The lockdowns have also really impacted on the social network of the dairy farm industry. You don't realise how many contacts you have. You miss the get-togethers and support that you sometimes need in the industry," Debbie said.

Debbie is a part of the NSW and Mid Coast Women in Dairy groups and said the groups have been holding Zoom calls to catch up during the pandemic.

"It is a real grassroots organisation. Our group has such diversity, you have farmers new to the industry and older farmers who give that bit of history - it is a beautiful women's network," Debbie said.

To get so much support from not only the local community, but people around the country was just wonderful. - Debbie Polson

The group started with monthly in person catch-ups, but because of the pandemic, the Facebook page has become a place where people can go and ask questions and get ongoing support, she said.

"In terms of milk sales during COVID, they have been fine because milk is a staple and people were going to their corner stores," Debbie said.

"But with things opening back up again, sales are going back to supermarkets."

Debbie and Emma's life may be different to most, but their involvement with the community at Oxley Island and the Manning region is admired by many.

Debbie and John have three children - Matthew, Emma and Laura. All contribute to the farm in different ways, she said. They have six grandchildren.

Debbie met her husband during her visits from Sydney with her family to their property at Oxley Island. They were married when Debbie was 25, and started working for John's father on his dairy farm, before starting Blue Silo Holsteins.

Debbie was also a TAFE teacher in the business department at the Taree campus, retiring around four years ago to work full-time doing the accounting and administration on the farm.

The first International Day of Rural Women was observed on October 15, 2008. This new international day, established by the General Assembly of the United Nations in its resolution 62/136 of December 18, 2007, recognises "the critical role and contribution of rural women, including indigenous women, in enhancing agricultural and rural development, improving food security and eradicating rural poverty."

The Manning River Times was contacted by people in our community wishing to draw our attention to this special day. The Times wishes to thank those women we interviewed for sharing their stories.