Rural Woman of the Year, Cara Peak, has a mission: to build on the legacy of strength and resilience of Aboriginal stockmen and women to create and affect positive change. 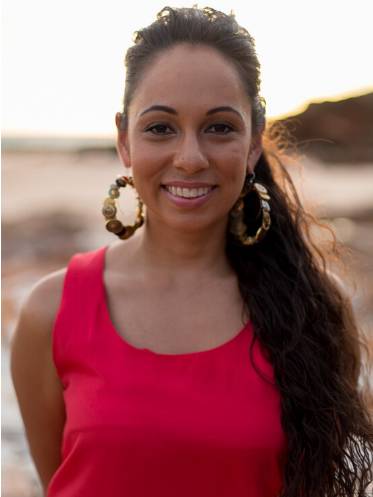 That's why she choose to highlight the contribution of Aboriginal stockmen and stockwomen in her quest to improve outcomes for indigenous people in her home state of Western Australia.

Ms Peek is the chairperson of Saltwater Country and her project Saltwater Academy, which is the training and development arm of the organisation, saw her named the 2020 AgriFutures Rural Woman of the Year.

Saltwater Country aims to build on the legacy of strength and resilience of Aboriginal stockmen and women to create and affect positive change.

"It started off by piloting riding clinics and different things, which we still do, but then we also have the saltwater stories program which is a creative industries program, film, photography, sculpture etc. both in Broome but we take it out to remote communities as well," she said.

"But we also, partly as a result of this award and partly because of our own networking, have created a partnership with Deloitte who have helped us with financial modelling and business planning, but then also financial literacy training in the Kimberly.

"Deloitte came up and did that program - we had about ten participants in our first one and they are going to do that (financial literacy program) quarterly."

Wanting to honour the stockmen of the past was a huge driving factor for Ms Peek to start the organisation, but it has grown into the multifaceted organisation it is today because of the passion that both Ms Peek and the community have.

"I wanted to pay homage to Aboriginal stockmen and stockwomen first and foremost who the industry was built on the back of, particularly in the north, in remote areas given Australia's history," she said.

"But also the love for it, that continues amongst Indigenous people.

"One of the things that brings all members of the community together is the love of the land and in doing that I wanted to create opportunities that didn't otherwise exist.

"Through the events or the programs we have a captive audience, so bringing them in to have fun, take part, participate, get paid to work through whatever job it is, but then also to be able to see what the opportunities there are beyond that as well.

"Being surrounded by positive role models, people that look like them, that have lived experience that type of thing.

"I find that in remote, rural and regional communities, we just don't get the same opportunities as metro, so it's incumbent on people like me who have lived in both worlds, or who continue to live in both worlds to make that happen."

In a region that has experienced outside companies dropping into communities and leaving just as fast as they arrive, it is important for Ms Peek to establish a local company that is a part of the community.

"I cannot stress how important that actually is, to live and breathe the community," she said.

"To understand it, but more importantly to listen to it, there may be all the world's good intentions but that does not occur if you're not in it and amongst it and in the arena with the people you are trying to serve." 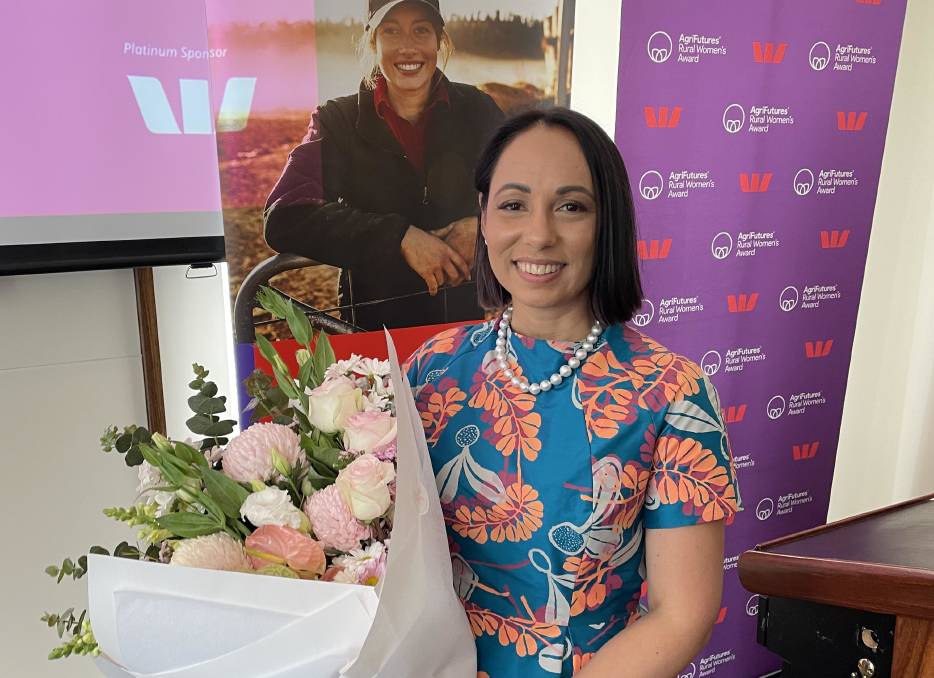 The Rural Woman of the Year Award, which celebrates women involved in Australia's rural and emerging industries and communities, was initially delayed due to COVID-19 but finally live streamed to over 600 online viewers, with seven small in person events held across the country last Wednesday.

The excitement in the room at the Perth event was palpable as guests held their breath while Minister for Agriculture, Drought and Emergency Management Australia David Littleproud announced Ms Peek as the long overdue winner of the 2020 Rural Woman of the Year award.

The seven finalists had to wait an extra twelve months to find out who had won, adding an extra layer of excitement and anticipation at the state based events.

"I'm just excited, it's been a long time coming because of the delays with COVID but the team did an awesome job during that time to keep the momentum going, but it's good to have the day finally here," Ms Peek said.

The Perth based event was held in the University Club of Western Australia dining hall and attracted a variety of dignitaries including Minister for Regional Development; Agriculture and Food and Hydrogen Industry Alannah MacTiernan, Leader of the Opposition Mia Davies and Member for Kimberly Divina Grace D'Anna.

"These rural women awards are a really important part of the agenda and it certainly helps us celebrate and promote the role of women in taking our rural communities forward," Ms MacTiernan said.

"We love the work that Cara has been doing with her Saltwater Academy.

"She is celebrating the Kimberley Aboriginal pastoral industry heritage and really leveraging off that to develop strength and resilience within the Aboriginal community, providing real opportunities for personal growth and for ultimately employment and self-reliance."

Related reading: 'There are so many rural women doing amazing things': applications, new grants open for female leaders to leaders

The title of runner up was awarded to Cressida Cains from NSW.

Ms Cains is a dairy farmer whose project was to create an online platform and support hub called Dairy Cocoon, assisting farmers in the development and production of their own products.

Part of being a state finalist all winners received a $15,000 bursary thanks to Westpac.

Even before she knew she had won, Ms Peek had a vision of how this initial and then second bursary could be put to good use.

"The first one for the State award, that's what I leveraged to get the Deloitte partnership, it was spent towards the financial modelling and the business plan," she said.

"That also enabled me to leverage additional funding from other organisations, as they always want a collaborative approach in the funding pool.

"So the second bursary will go towards the balance of that work, which is the impact measurement system which we are developing and if there is any left over, a fundraising strategy to help us get out there with all these things we've put in place."

Ms Peek learnt the meaning of determination and business savvy ways from her parents and her mother Barbara Peek, along with her sister attended the Perth event.

"The determination she has comes from both sides of the family certainly and to be able to relate to certain people, especially from disadvantaged backgrounds, as we are just an ordinary family," Barbara said.

Due to COVID delays, the seven finalists had longer to get to know each other, resulting in a stronger bond forming.

This came out in both Ms Peeks and runner up Ms Cains acceptance speeches, who both acknowledged all the incredible winners of each state and how much they have learnt from them.

"It's electrifying to be in a room of capable, intelligent, beautiful, compassionate women," Ms Peek said.

"You can't wish for much more than that and also those that you don't have to explain yourself to.

"Whether it be women of colour or women from regional rural remote communities, or whatever it is, that in itself is a prize from this process, but also it's a reminder that there are amazing things going on and you're not alone in the struggle."

A passionate advocate for women, Ms Peek encouraged any woman thinking about applying for the award to just do it.

"I love the opportunity to elevate other women, particularly in communities like ours," Ms Peek said.

"Not only should women back themselves, but their partners or husbands or whoever, they should be advocating for the brilliant work of these women.

"Put them forward, dob them in, whatever it is, make them do it.

"I wouldn't have applied for this if my friend Stephanie Coombes, who is a rural photographer, had not convinced me.

"Recognise that yes it's an accolade for yourself but it's also an accolade for the work, and you don't do any of that work by yourself, it's more a we than an I scenario.

"It then shines the light on the community, which has got to be a good thing.

"So I would encourage anyone in rural, remote and regional communities to get that application in."

Applications to the 2022 AgriFutures Rural Woman Award are now closed, but for future entries and to find out more head to agrifutures.com.au/people-leadership/rural-womens-award