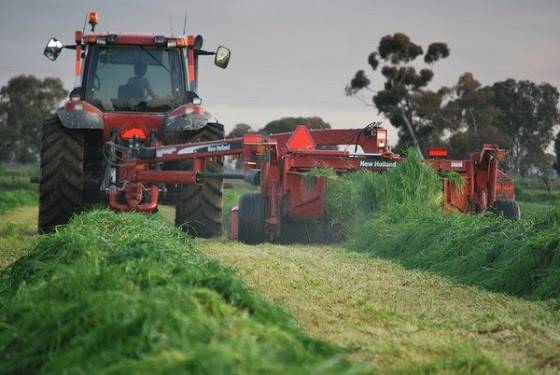 The obvious problems when looking to harvest silage from pugged areas will be the roughness of the ground and its effects on equipment and the operators. Photo: Agriculture Victoria.

A wet winter and early spring has seen pugging damage to many paddocks in Gippsland.

A wet winter and early spring has seen pugging damage to many paddocks in Gippsland.

Given the situation, it may be tempting to try and create fodder reserves and then repair damaged pastures on these areas.

There are, however, a number of risks to consider and measures that can be put in place to reduce them.

The obvious problems when looking to harvest silage from pugged areas, assuming there is enough to cut, will be the roughness of the ground and its effects on equipment and the operators.

Other issues are reduced yields and lower quality pasture when it is cut later, as well as increased weed content.

This is provided paddocks have had time to dry out enough to allow machinery to travel over them without becoming bogged.

There is also the possibility that electric fence posts may have been lost in the mud and are not discovered until the mower is put through to cut the crop, resulting in damage to machinery, which can be costly and cause delays.

Given these issues, it would seem more productive to try and create pasture surpluses on areas that have not been pugged or are not as wet, and which have a greater chance of being cut earlier and producing higher quality silage.

These can even be boosted with applications of nitrogen fertiliser to increase growth.

Some farms may not be fortunate enough to have enough areas of the farm that are undamaged to allow any pasture surpluses to be made into silage, without having to use some lightly pugged damaged areas.

If this is the case, then some adjustments will need to be made to avoid the inclusion of dirt, sods or dust in silage stacks or bales. 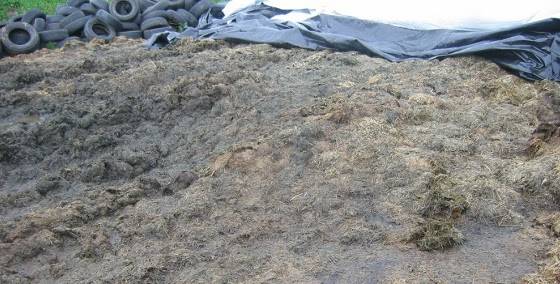 Mud being carted onto a silage stack. Photo: Agriculture Victoria.

There are at least two reasons why soil in silage is not desirable.

The presence of soil/dust will reduce palatability and as a result intake:

Follow up rains may have washed much of the soil off plants, however if too much soil/dust is present, consider not cutting for silage or try to cut above the soiled area. This second option is not ideal as this leaves high residuals (after mowing) and can affect total annual pasture production. Stock will not graze it down any lower unless there is a more expensive machinery intervention, such as topping, which could be carried out at a later date.

Soil increases the presence of undesirable bacteria in the forage:

This is a huge problem for ensiling as the desirable lactic acid bacteria now have to compete against an increased concentration of undesirable bacteria that are present in the soil. This includes Clostridium botulinum, a soil bacterium which can cause animal (and occasionally human) deaths. It is also an issue if dead animal carcasses such as snakes, birds, vermin have been killed at mowing and are then ensiled.

To reduce the risk of problems occurring if making silage on pugged paddocks:

Other things that may need to be considered if wet weather continues include:

For further information on silage and pugged paddocks, visit the Agriculture Victoria website.