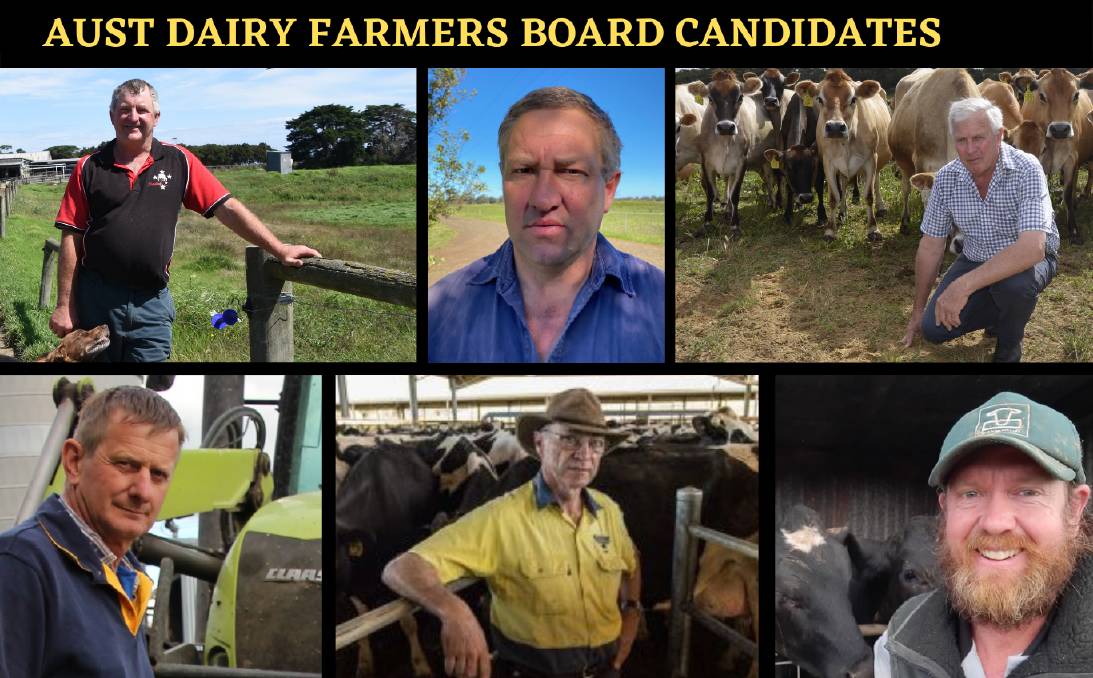 Six candidates will run for just two business director seats on the Australian Dairy Farmers board, the peak body confirmed this week.

It's likely to be a hotly-contested race with several high-profile candidates, two of them from New South Wales.

NSW Farmers Dairy Committee chair Colin Thompson is currently an ADF director after filling a temporary vacancy but must now compete with the rest of the field for a permanent place at the board table.

Mr Thompson will be up against:

While it's not mandatory for election to the ADF board, all of the six candidates were deemed by an independent assessment committee chaired by United Dairyfarmers of Victoria vice president Mark Billing to have "demonstrated the skills required as set by the board".

In contrast, there's only one candidate for the independent director role. Andreas Clark who finished up as Wine Australia chief executive in July after 15 years with the research, development and extension body seems likely to succeed Victoria Taylor.

An ADF spokesperson said, however, that Mr Clark would still need to be voted in by Australian Dairy Farmers members to be elected.

ADF has 458 members who are eligible to vote in the election, an increase of about 100 in the last 12 months.

To become an ADF member, dairy farmers must first be a member of one of its six state dairy farmer organisations and then specifically apply to the peak national body.