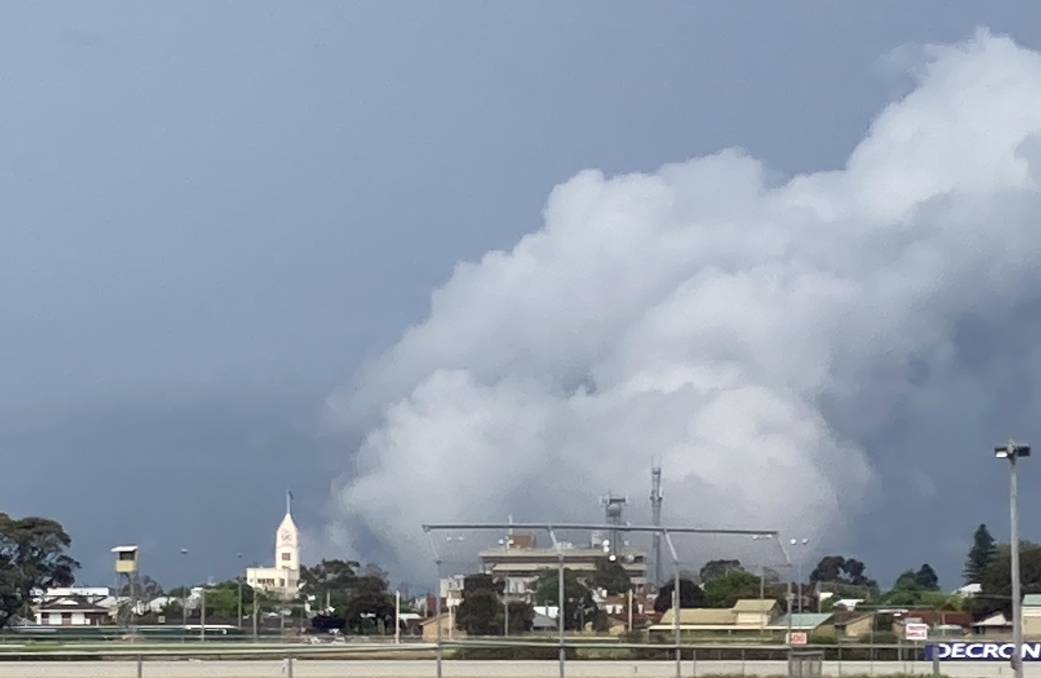 It's always the risk with a wet year that the tap will not turn off in time for harvest - and the current outlook is for significant rain.

A HUGE rain-bearing weather system, sprawling across a large swathe of Australia has the potential to cause serious quality problems in the nation's bumper winter crop.

A complex pattern of low pressure systems has already led to heavy rainfall in some places, including over 120mm of drought-busting rain in Queensland's Western Downs and a less welcome 100mm over parts of NSW's Liverpool Plains, where harvest is just hitting its straps.

Bureau of Meteorology senior forecaster Keris Arndt said moisture was being fed in from north-western Western Australia and Central Australia would also see good rain before the bulk of the system hits the east coast later this week.

At this stage he said it looked like Friday would be the wettest day for many.

He said northern NSW would likely see the heaviest tallies with embedded thunderstorms, while rainfall in Victoria will be more evenly spaced out, with more uniform high totals.

The BOM is predicting parts of NSW either side of the Great Dividing Range could receive up to 100mm as could Gippsland and the north-east in Victoria and parts of Queensland's Granite Belt.

Falls will be less severe over grain producing regions in western Victoria, South Australia and WA, although northern SA will receive significant falls.

With a shortage of high protein wheat already, any loss of potential Australian supplies due to downgrading could see premiums for high protein lines rise even further, after solid gains on US futures exchanges in the past month.

Grains industry analyst Malcolm Bartholomaeus, Bartholomaeus Consulting, said there had been some small increases in premiums for hard wheat in the past week.

"Buyers are having a look at protein wheat that has already come off and will be looking to secure some tonnages prior to the rain and the risk of downgrading, so we're starting to see the spreads widen."

He said buyers would also look at origins such as South Australia, which is not likely to suffer rain sufficient to cause downgrading.

"Those that want protein wheat will be looking to the areas they can get it, that might be SA or it could be Queensland, where a lot of grain has come off prior to this rain."

Mr Bartholomaeus said downgrading was not a fait accompli if the rain hit, but was fairly likely given crops in most parts of northern NSW are ready to harvest.

"You never know but you would expect rain of this magnitude would not do much good to ripe crops."

The good news for growers that get wet will be that the rain will not see prices drop.

"It is likely to be like the 2010-11 harvest, where we saw base prices stay level and the premiums get higher for milling wheat rather than feed prices falling away," he said.

He said there was very solid international demand for Australian grain, not only milling quality wheat but for feed grain as well.

The major bulk handler on the east coast GrainCorp is closely monitoring the situation to see if it will have to introduce additional segregations to store downgraded grain.