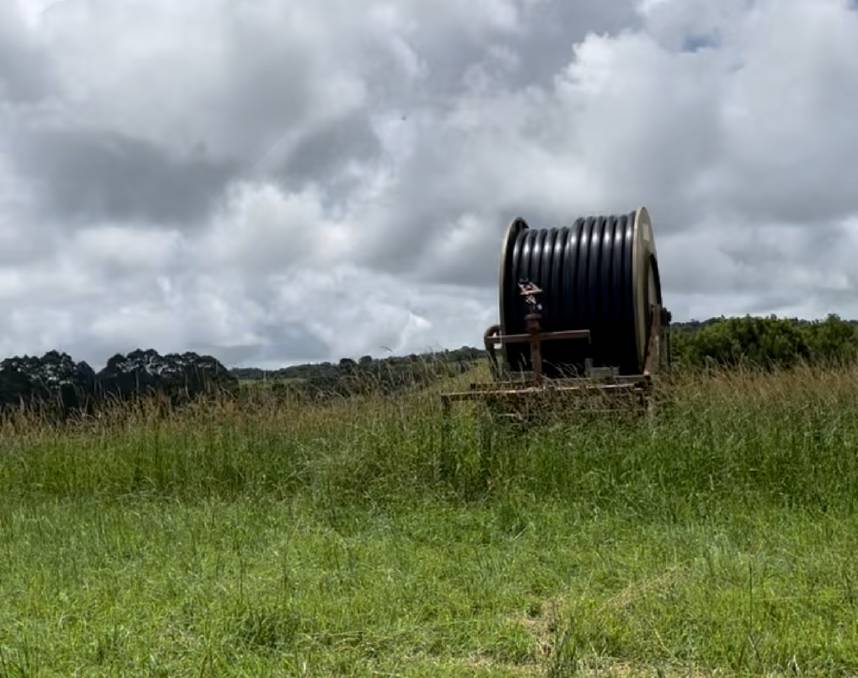 An NQ dairy has improved pumping, water and energy use efficiency with an energy audit.

An NQ dairy has improved pumping, water and energy use efficiency by implementing energy audit recommendations.

A dairy near Ravenshoe, on the Atherton Tablelands, has implemented an irrigation energy management opportunity from the energy audit report it received through the Energy Savers Plus Program Extension.

The business received a dairy shed energy audit, carried out by AgVet Energy, as well as an irrigation energy audit, completed by The Energy Guys, both engaged by QDO.

Replacing the leaky aluminium mainline pipe with a new PVC mainline to supply their hard hose irrigation has improved pumping, water and energy use efficiency.

QDO staff visited the site and conducted a performance test on the irrigation to evaluate the energy savings and outcomes achieved since implementing the energy audit recommendation.

The catch can data shows the distribution uniformity and coefficient of uniformity has remained relatively the same at 68.3 per cent and 73pc respectively.

The wetted diameter, however, has increased from 64 metres to 70m.

This increases their irrigatable area, which may result in increased pasture production.

The main saving for the business is by minimising the water loss through the large leaks in the aluminum pipe.

Previously the system pumped 100ML to effectively deliver 75ML through the irrigator.

Removing this loss by installing the new mainline saved 227 pumping hours per annum.

The new PVC mainline with the slightly lower average energy draw recorded of the pump allows the system to deliver 75ML through the irrigator using 12,454kWh less p/a.

The total expenditure for installing the new mainline was just under $22,000.

Calculated from the savings above, this investment has a payback period of eight years and a return on investment of 12.6pc.

Other benefits for the business include fewer boggy areas in laneways that were being caused from the leaks, which could have flow-on effects such as improving hoof health and milk quality.