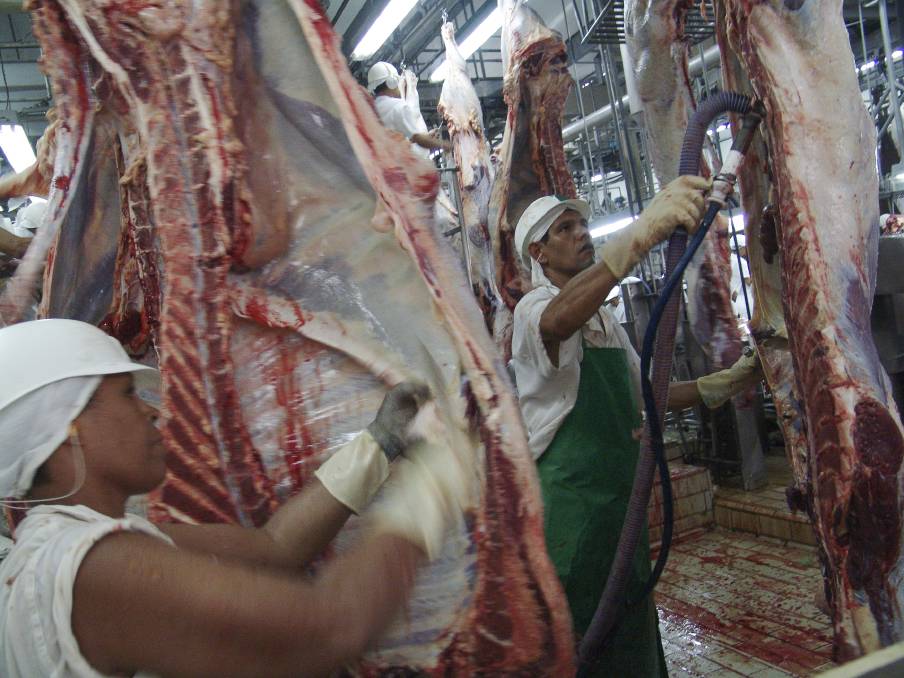 WARNING: The article said the cases were a red flag for meatpackers already in a beef export halt with China over the occurrence of two cases of atypical BSE in slaughterhouses. Picture: Shutterstock

It has been reported that Brazilian authorities are investigating two possible cases of Bovine Spongiform Encephalopathy (BSE) in humans.

THE Brazil/China beef export impasse discussed in this column several weeks ago has now taken a new twist with the revelation that Brazilian authorities are investigating two possible cases of Bovine Spongiform Encephalopathy (BSE) in humans in Rio de Janeiro state.

Industry knowledge sharing platform, The Cattle Site, quoted Reuters in attributing this statement to a Brazilian municipal health secretary made on Thursday, November 11.

The article hailed this development as a red flag for meatpackers already in a beef export halt with China over the occurrence of two cases of atypical BSE in slaughterhouses in the states of Minas Gerais and Mato Grosso and suggested it could further delay resumption of trade.

But there is a big problem with this story insomuch that BSE is a bovine disease, not a human one.

Considering that Brazil's September BSE outbreaks have already been confirmed by the OIE reference laboratory in Canada as atypical, there would seem to be every reason to believe that the Fiocruz investigation will find no linkage between the BSE incidents and the suspected prion disease in the two human cases.

That may explain why it was not possible to find the original Reuters source story on their website.

Classical Creutzfeldt-Jakob disease (CJD) is a rapidly progressive, always fatal neurodegenerative disorder in humans believed to be caused by an abnormal isoform of a cellular glycoprotein known as the prion protein.

Classical CJD is not related to BSE otherwise known as mad cow disease.

However variant CJD is another prion disease that is related to BSE.

The classical form of BSE occurs through the consumption of contaminated feed and there is strong scientific evidence that BSE prions have been passed to humans causing vCJD.

Atypical BSE, on the other hand, refers to naturally and sporadically occurring forms believed to occur in all cattle populations at a very low rate and only identified in older cattle.

To date there is no evidence that atypical BSE is transmissible but recycling of the atypical BSE agent has not been ruled out and therefore measures to manage exposure risk in the feed chain continue to be recommended.

In the original Cattle Site/Reuters story, there was reference to Brazil's federal biomedical institute, Fiocruz, describing how prion disease can occur spontaneously in elderly patients (classical CJD) or by eating contaminated beef in younger populations (vCJD).

Considering that Brazil's September BSE outbreaks have already been confirmed by the OIE reference laboratory in Canada as atypical, there would seem to be every reason to believe that the Fiocruz investigation will find no linkage between the BSE incidents and the suspected prion disease in the two human cases.

Inevitably and regrettably, it is likely that the human cases will prove to be classical CJD.

Brazil's Ministry of Agriculture, Livestock and Supply (MAPA) has said as much in an official note on its website in what appears to be an attempt to clarify and perhaps downplay the incident.

The English translation says, "MAPA clarifies that the cases of neurodegenerative diseases investigated by the Oswaldo Cruz Foundation (Fiocruz) as reported in the press are suspected of Creutzfeldt-Jakob disease (CJD). Thus the suspected cases are not related to beef consumption. According to information available on the Ministry of Health website, between 2005 and 2014, 603 suspected cases of CJD were reported in Brazil. Since CJD surveillance was instituted in Brazil, no case of the vCJD form has been confirmed."

Reuters has since acknowledged the MAPA statement in a short, two sentence article on its website.

Cattle Site has subsequently run an addition to its original story picking up on the more recent contribution from Reuters on the MAPA statement with suitable emphasis in its headline that the ongoing investigation into suspected cases of Creutzfeldt-Jakob disease are not related to beef consumption.

But confusingly, it also repeated its original assertion that Fiocruz is investigating the possibility of BSE and that the new cases could further delay a Chinese decision on lifting the ban.

Logically the investigations by Fiocruz should have no such bearing but perhaps the article does underscore a level of uneasiness in some quarters on the topic of BSE.

After all, Ireland has yet to have its China beef-export suspension lifted after discovery of an atypical BSE case there last year and Britain has had its access to the Chinese beef market banned once again after detection of a case of classical BSE in Somerset in September.

Against all of this background it is interesting that the price of cattle in Brazil is rising.

While translation to English leaves a bit to be desired, it appears that prices on a carcase weight basis for the three quoted classes of slaughter cattle i.e. fat cattle, fat cow and fat heifer are currently 292, 270 and 282 Reais per arroba respectively.

Arroba is a Spanish and Portuguese unit of weight which in Brazil equates to 15kg.

Slaughter in the third quarter this year was 6.9 million head, down 2.2 per cent on second quarter. September was 1.9m head, down 23.7pc on August.

GOOD rain across large areas of central, far south-west and southern Queensland together with most eastern parts of NSW and Victoria has tightened supply of kill cattle.

South-east Queensland processors have generally adjusted grids up by as much as 30c/kg bringing 4-tooth ox to 810 c/kg but leaving heavy cow at 750c.

Upward movement is also the trend in the US where imported lean beef has gained another 2-3 cents/lb. Latest quote from Steiner has indicator Aust/NZ 90CL blended cow at US296c/lb FOB East Coast.