Tasmanian senator Jacqui Lambie says people should be held accountable for their choices as she slams One Nation over its bill attempting to stop governments from "discriminating" against the unvaccinated.

One Nation's Pauline Hanson introduced the bill in the Senate on Monday which would prohibit the Commonwealth, state and territory governments, councils and private businesses from giving different rights to the vaccinated compared to the unvaccinated.

Senator Lambie strongly objected to the bill, which she said was "hypocrisy" from One Nation due to its past attempts to discriminate against same-sex attracted people, people from Muslim-majority countries and children with autism in schools.

She said the vaccination requirements were not "discrimination". 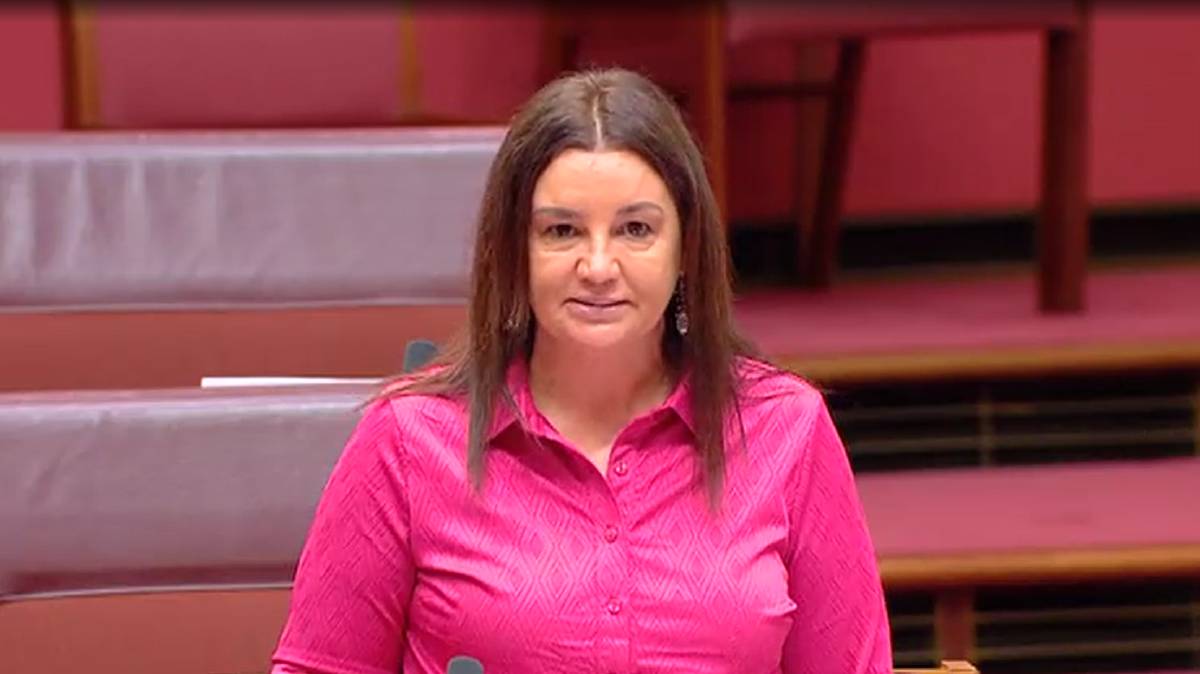 Senator Jacqui Lambie said that preventing unvaccinated people from working in certain professions or entering certain workplaces was not "discrimination", but was the "consequence" of making a choice.

"You are not being discriminated against. You choose to do something that puts other people's lives at risk and you will be held accountable for that choice. It is that simple.

She raised concerns about Tasmanian business owners who had autoimmune conditions, and said that they had the right to prevent unvaccinated people from entering their premises and putting them at greater risk of COVID-19.

Tasmania has vaccination mandates for workers in health, aged care and disability, and is considering mandates for further public sector workforces. Businesses must also complete risk assessments - based on Occupational Health and Safety laws - to determine which of their staff would require vaccination.

About 500 people attended a protest in front of Parliament House in Hobart on Saturday to argue against vaccination mandates. One Nation's Tasmanian Senate candidate Steve Mav attended.

Senator Lambie said getting vaccinated was about "putting others before yourself", and mandates were required to protect the vulnerable. One Nation's Pauline Hanson was accused of using the issue to generate votes and funding for the upcoming federal election, including in Tasmania.

"One Nation is the champion for the right of the unvaccinated COVID-carrying mainlanders to come to Tasmania and create an outbreak.

"We're not going to stand for it."

She said her bill was about supporting "Australian democracy and freedom".

The story Lambie launches on One Nation over vaccination stance first appeared on The Land.