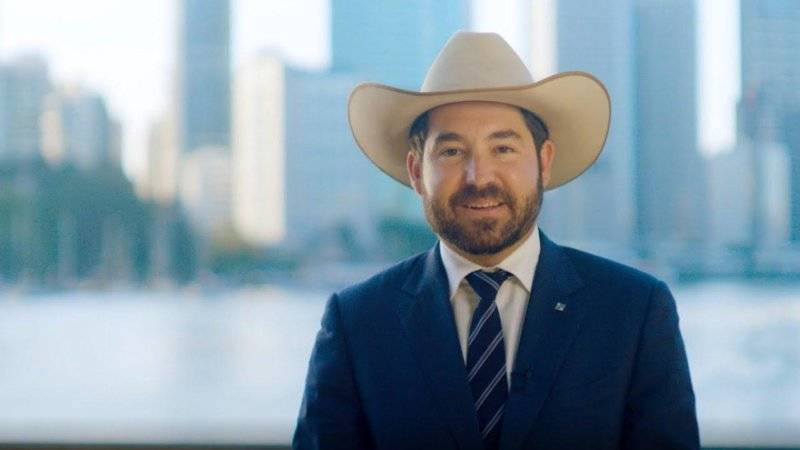 "Industry has been asleep at the wheel. The relationship is simply not there."

PERHAPS one of the best options for reinvesting the big dollars being made on a roaring cattle market would be covering the costs of agricultural university degrees.

This bold argument was made by spirited beef industry leader Bryce Camm at a large gathering of farming and political VIPs on National Agriculture Day. When unpacked, it made a fair bit of sense.

The time is ripe for the picking, Mr Camm told the audience at the Rural Press Club of Queensland event in Brisbane.

"A new dawn is upon us. The university sector is looking for its next gig," he said.

"Their student cash cow has left and there is not an institution out there not looking for a new partnership for a student enrolment program."

At the same time, Mr Camm said, agriculture was in the spotlight like never before.

It's time to coin a new period of engagement and understanding because the problem for agriculture has been a lack of connection.

"Industry has been asleep at the wheel. The relationship is simply not there," he said.

"Let's launch an action plan that will start to fix this situation.

"Under 10 per cent of our workforce has a tertiary degree but before we pull out our certificates of the university of life, let's pause to think," he said.

"Whether we like it or not, universities are shaping the future of our society. The leaders of tomorrow are going to uni and making connections with each other.

"If our sector isn't there, then we are in trouble.

"These can be some of the most influential periods in a young person's life and we all know the spotlight is currently on the food we eat and the environment that supports it. We need to be part of that conversation." Mr Camm heads up his family's Camm Agricultural Group, has been at the helm of many an industry group in the past including the lotfeeder's association and the Australian Beef Sustainability Framework Steering Group, and earlier this year led Beef Australia to one of its most successful events.

He said each year between 300 and 400 students graduate from some 17 universities in Australia that focus on agricultural studies.

That's only 23 students per institution. But for every ag graduate, there are six times the job opportunities.

And the skills shortage facing agriculture is growing every day.

The critical mass simply was not there, Mr Camm said.

"Compare this to the legal profession. Around 1500 graduates graduate from law around the nation every year for between 5000 and 6000 jobs," he said.

Mr Camm pointed to the 40pc growth in agriculture enrolments that has occurred this year on the back of government funding that effectively halved the cost of those degrees.

"So I say there's plenty of money in the industry now. It's never been better. Why don't we make these degrees free," he said.

"If we actually wanted to meet the six-fold shortfold we currently have, it would be $14m."

The aim wasn't just to increase the number of students - it was also about the research and development programs, Mr Camm said.

"Agriculture ranks fifth on the list of the most important sectors for R&D fundings in our uni sector and it's high time we were getting some impact for that," he said.

"Of the current 37 research projects ALFA (the Australian Lot Feeder's Association) is currently undertaking in conjunction with Meat & Livestock Australia, 12 - that is less than half - are conducted with universities.

"Let's not forget that typically with a university you can also attract more matching funding."

Agriculture's relationship with higher education would be critical to the continued prosperity of the sector, Mr Camm argued.

"At my feedlot, we have two people with a degree," he said.

"In the US, you'd struggle to find a feedlot where the manager doesn't have a masters and most of their leadership team would have at least an undergraduate degree. Plus there would be masters candidates roaming around the fences.

"We should be working to try to achieve the same in this country."