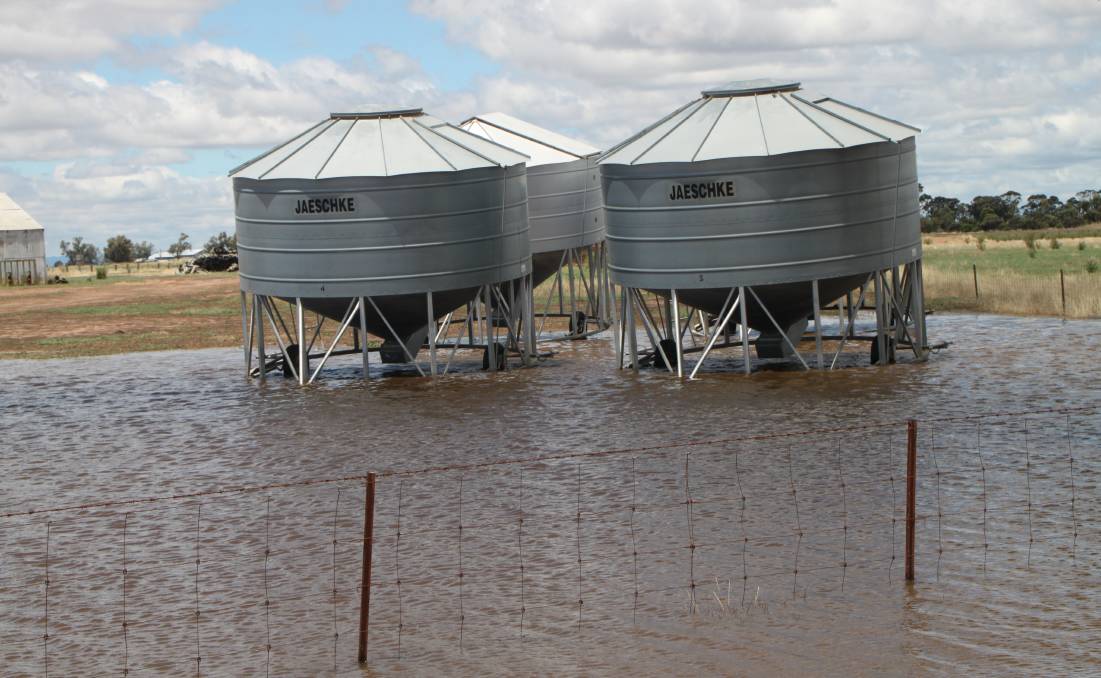 Heavy rain is likely to cause significant quality issues in the winter crop.

The heavy November rain will take a big toll on Australia's winter crop quality, with analysts forecasting the worst downgrades since 2010.

HEAVY harvest rain is likely to lead to the most significant crop downgrading event since the record-breaking floods of the 2010-11 harvest.

Australian Crop Forecasters analyst James Maxwell said while the forecast big yields were unlikely to suffer materially as a result of the record-breaking rain, grain quality was a different issue.

"At best there is not going to be any APH high protein wheat coming off in central and southern NSW after this rain," Mr Maxwell said.

"The level of the damage will depend on what happens from here, but you look at the 14-day weather outlook and it is not great, especially for NSW, there are likely further heavy falls and there really isn't a lot of sun and wind to dry things out," he said.

"You'd have to think the downgrading is going to get worse from what we have seen already."

"We haven't seen people get back into it yet and often the crop can handle one rain," Mr George said.

"If there is follow-up rain then we're definitely likely to see widespread downgrading but the rain has been very patchy so hopefully there are areas that escape with less damage," he said.

Mr Maxwell said the difference between the 2010-11 harvest, where La Nina-inspired rain saw huge chunks of crop downgraded and this year was the amount of grain already in the bin.

"Most of Queensland managed to get their crop off prior to the rain, we estimate it was 80-90pc finished before the falls and was H2 or better quality," he said.

"Even in northern NSW there was a lot of grain coming off before the rain hit, although protein levels were down as a result of the wet and cool year.

"Hopefully in southern areas there is not a lot of rain so we will have a reasonable volume of grain that is not impacted by weather, but there is no doubt there will be plenty that is."

"There is a lot in common with 2010 but fortunately there is more grain in the bin before the rain this time around."

Both Mr George and Mr Maxwell said the Central West in NSW was one area to monitor for substantial downgrading.

Mr Maxwell said forecast rain this week would also cause issues through the Riverina.

In South Australia Michelle Bammann, Ground Up Agronomy, who focuses on the state's Mid North and Mallee regions, said the rain so far was likely to be a problem for barley.

"We've still got a little bit of green in the wheat so it should be OK, but in the barley there is already some black tip," Ms Bammann said.

"We're expecting the barley to be downgraded which is a shame as it is the first year in a while we've seen a solid premium for malt barley emerge," she said.

"However, we're hoping if it dries out and warms up the wheat won't be impacted which would be fantastic."

Mr George said the market would be difficult to predict following the rain.

"I think we'll all look to take stock and see what happens over the next couple of weeks, I would not imagine there is a lot of action with sales until more is known."

"The market will need to get a handle on the crop will do quality wise but there will be a home for it all and at good prices in the historical context," he said.