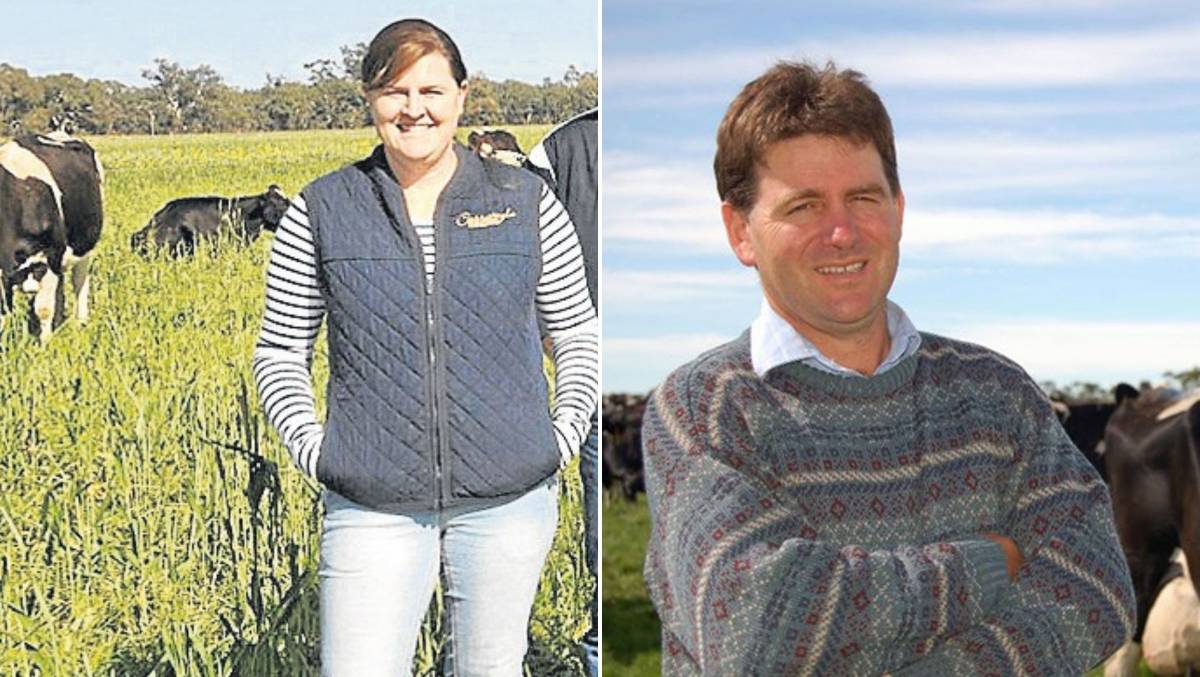 NEW DIRECTORS: Simone Jolliffe and James Mann have been elected milk producer directors on the Dairy Australia board.

Mr Mann addressed the online meeting from the DairySA office at Mount Gambier, SA, and congratulated the new directors on their appointments.

"They both bring significant farming and business expertise which will assist Dairy Australia to continue to deliver for farmers and the dairy industry," he said.

Graeme Nicoll and David Lord retired from the board.

"Both have made an exceptional contribution to our organisation," Mr Mann said.

These are designed to enable increased attendance at future meetings, including allowing future meetings to be conducted virtually and permitting direct voting so that members can participate in decision making at general meetings.

Other changes relate to enabling Dairy Australia to provide electronic notices to members, simplifying majority voting for candidate elections and the ability for the board to appoint a returning officer to oversee elections.

Mr Mann told the meeting commodity prices and seasons had aligned to increase farm profitability across the country.

He also spoke about the opportunity for dairy farmers to make additional income from non-production activities such as carbon farming.

Dairy Australia would play a role in this in working out the opportunities and systems needed to support it, he said.

Sponsored by
Global machinery giant John Deere has said it remains committed to supporting the Australian agricultural industry in response to proposed changes to the machinery service sector.
Test
The agreement with Woolworths is expected to provide Dirty Clean Food with national distribution of its oat milk in about half of Woolworths stores in Australia, beginning with a store in Sydney in March.
Test
WITH the cost of dairy cow concentrates rising farmers have been urged to check the accuracy of their feeders to ensure they are not overfeeding, or indeed underfeeding, their livestock.
Test
Plant-based proteins are no vegan fad, says v2foods CEO
Test
Perceptions about the 2023 crop will determine whether wheat prices can go higher in the post-harvest period.
Test
On "millionaires' row" near Benalla, this massive house also has land for horses or cattle.
Test
GrainCorp is on the hunt for more workers, particularly in the south, as the wild November weather takes its toll on staff movements.
Test
Two graduates have picked up roles in Australian Wool Innovation Graduate Training Program for 2022.
Test