Crops and cattle complemented by lots of water make for commercial success in central west NSW. 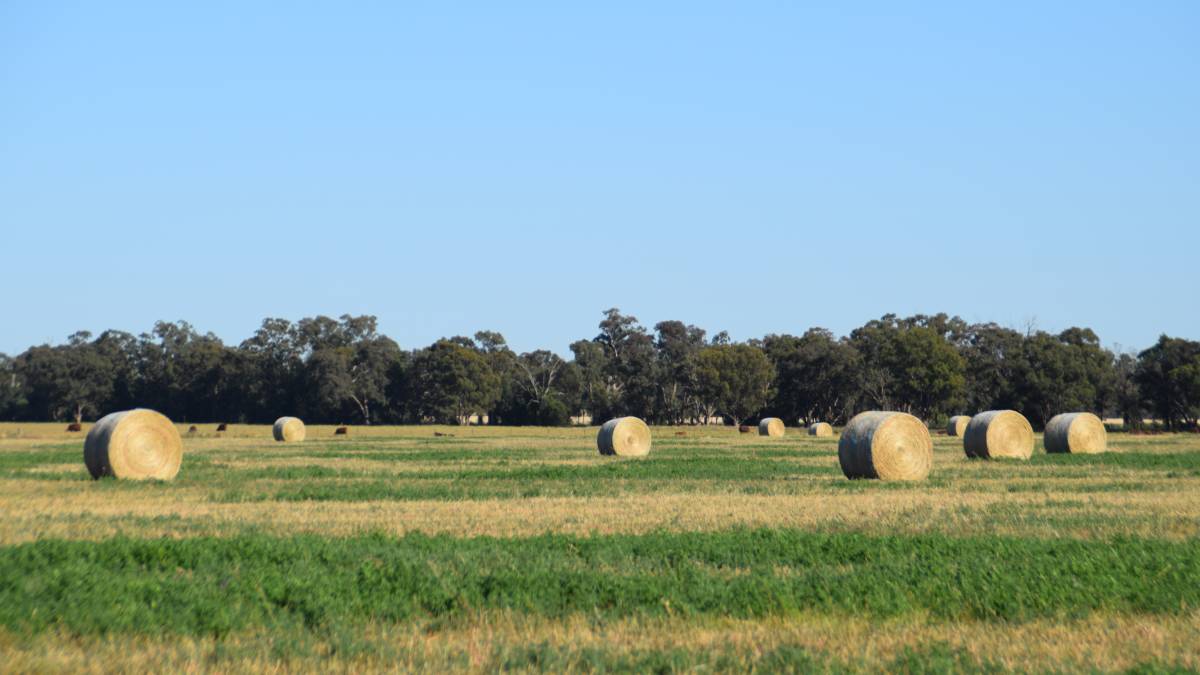 Only 43 kilometres west of Parkes or 11km from Trundle in NSW's central west, The Wilgas is actually made up of two farms, The Wilgas, with 733ha, and adjoining 1041ha Mercadool.

So they can run cattle all year round, the Curtis family bales an average 1500 bales of 6-foot pasture rolls and about the same number of straw bales.

There are more than 2000 bales of hay on hand, which Mr Curtis said could be made available to buyers by negotiation.

It's complemented by 200ha of established lucerne and 400ha of medic and subclovers along the creek.

That lucerne was so successful, Mr Curtis had seen it perform for 10 years at Mercadool.

He grew dual-purpose wheat and sorghum in both the winter and summer cropping programs. Cereal crops are also grown for hay and straw production.

The rotation is generally about three to four years with ryegrass and medic pastures which, Mr Curtis said, dealt with disease resistance.

Soils at The Wilgas range from heavy chocolate to productive red loams, with some lighter areas, and had a history of gypsum and lime application over the last 10 years.

"The water safety is the stand-out feature of the property, with excellent dams and catchment, the Gunningbland Creek and the equipped bore at the Mercadool wool shed, watering country up to 3.5km away," he said.

Among the 29 reliable dams built by the Curtis family is Pelican Hole with a capacity of around 30 megalitres.

Mr Curtis said the 530-560 millimetre average annual rainfall and 800ha water catchment area meant that, although the Gunningbland Creek had dried right up once in 14 years, he'd never had to buy in stock water.

A bore at the Mercadool woolshed supplies stock water via tanks and three troughs to paddocks up to 3.5km away.

Both of the farms that make up The Wilgas have shearing sheds and a number of machinery sheds.

There are eight 40-tonne silos at The Wilgas, plus 1200-head capacity steel cattle yards with crush and loading race.

But, he said, the highlight of The Wilgas was its commercial performance.

"It has a range of soils which are soft and responsive while the level of infrastructure is above average," Mr McAneney said.

"Equally suited to cropping and sheep, The Wilgas offers the incoming buyer versatility but, above all else, real production."

Mr Curtis said he and his wife had been drawn to the area because it was so close to good schools, grain receival facilities and livestock markets, while being only about 60km from Forbes.

The properties had each only changed hands twice in a century but the Curtises were looking forward to travelling and "slowing down a little and the property is not small".

The Wilgas will be auctioned on December 17. Mr McAneney said it was difficult to offer meaningful price guidance.

"The problem with trying to put a price range on its is that the market is moving so quickly," he said.

"With confidence high and land in short supply, there's the possibility of some growth in the market.

"Buyers have a sense of urgency because they want to avoid another price step-change in the New Year and autumn."