NEW RANGE: The next generation Ford Ranger has been unveiled. Photos: Ford

The recently unveiled new Ranger has been a long time coming for some buyers.

Ford has revealed its next generation Ranger ute to the world, offering updated engines, transmission, styling and technology.

The project, which was led by Ford's Product Development Centre in Australia, is the first new Ranger since 2011 and is due in showrooms next year. 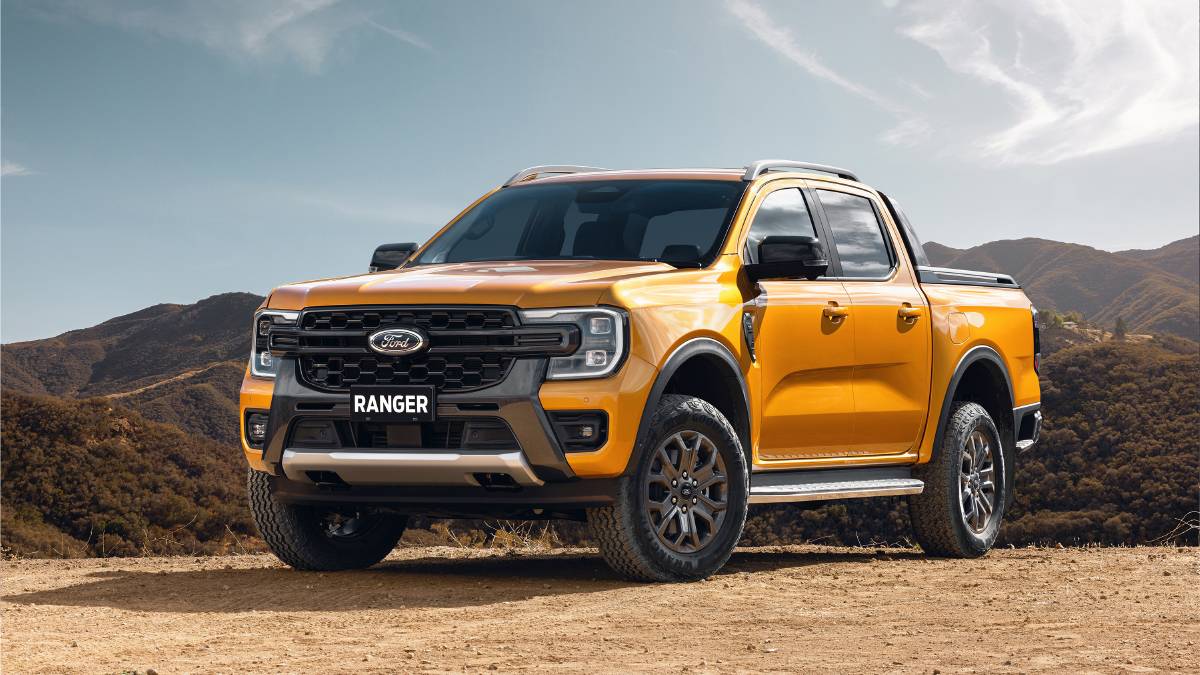 Some Ford dealers started a waiting list for the new model 12 months ago.

"As soon as there's any sort of leak, people come in and say, 'Put me down for one'," Lockyer Valley Ford and Mitsubishi manager Chris O'Brien said.

"There's plenty of buzz and I guarantee we'll sell what we have."

Visually, the next generation Ranger shares Ford's global truck design 'DNA', featuring a new grille and C-clamp headlight treatment at the front, bolder wheel-arches at the sides, and for the first time, LED headlights.

Beneath the new bodywork is an upgraded chassis riding on a wheelbase 50mm longer and a track 50mm wider than the prior Ranger.

The front-end creates more space in the engine bay for the new V6 engine and helps future-proof the Ranger for other propulsion technologies.

Initially, five models have been revealed - the XL, XLS, XLT, Sport and Wildtrak.

There will be three turbodiesel engine options available at launch (depending on the market).

Perhaps the most exciting development for Aussie ute-lovers is the addition of a V6 engine - giving the current generation Volkswagen Amarok some competition.

The new Ranger's three-litre turbodiesel V6 Power Stroke engine will be borrowed from Ford US' popular F-150 truck and produces 184kW of power at 3250rpm and 597Nm of torque at 1750rpm.

"When you drive a Ranger with the V6 turbodiesel, it feels like a much bigger truck. And it feels really tough in the sense that it's got endless power and torque, which is exactly what our customers wanted," Ms Maharaj said.

The next-gen Ranger will also come with a choice of the single turbo and the bi turbo two-litre inline four-cylinder diesels.

The single turbo is targeted towards business owners and commercial vehicle fleets, while the bi-turbo engine is targeted at customers who want more power but need to maintain fuel economy.

Customers will have a choice of a two-wheel-drive system, as well as two four-wheel drive systems: an electronic shift-on-the-fly system, or a full-time 4WD system with a set-and-forget mode.

Engineers moved the front wheels forward by 50mm for a better approach angle and outboard for better off-road articulation.

They also shifted the rear suspension dampers outboard of the frame rails to try to give drivers and passengers a better ride both on-and-off-road.

Off-road recovery is also made easier with dual recovery hooks in the front bumper.

Inside, the cabin uses soft-touch materials and a massive portrait-style touchscreen in the centre stack, sitting at 10.1-inches or 12-inches.

Additionally, there's an embedded factory-fitted modem allowing connectivity on the go when linked with the FordPass app.

Many of the traditional driving mode controls have been moved from the dash and centre console to their own dedicated display on the SYNC screen.

With one button press, drivers can access Ranger's dedicated screen for all off-road and drive modes where they can monitor the driveline, steering angle, vehicle pitch and roll angles, and other controls.

The screen also is linked to a 360-degree camera.

Now with an embedded modem, Ford plans to offer over-the-air software updates in future so customers won't need to schedule a service for some things.

There are places to store a phone or charge it wirelessly (where compatible), the door pockets have been designed to carry more, and the dash conceals an upper glove box.

Ford has created an integrated side-step behind the rear tyres of the Ranger to create a strong, more stable way for owners to access the tray.

In addition, the Ranger team worked on making a wider variety of cargo fit and stay secure in the tray.

According to Ranger vehicle engineering manager Anthony Hall, the new truck will be able to fit a full-size pallet in the tray.

"Widening the truck by 50mm may not seem like a lot, but it makes a huge difference, especially in the cargo box. It means that customers will be able to load flat some pretty fundamental items, such as a sheet of building plywood or a full-size pallet," Mr Hall said.

Zone lighting controlled via the in-cabin SYNC screen or through the FordPass app provides 360-degree lighting around the truck to help give customers better visibility around the vehicle.

Tray lighting is provided under the left and right hand rails and provides light for finishing up jobs in low light or finding things in the tray at night.

Customers will be able to personalise their Ranger with a range of almost 600 factory-backed accessories depending on the market.

These accessories include those developed with ARB 4x4 Accessories and will be fully backed by Ford's new vehicle unlimited kilometre five-year warranty.

The ARB 4x4 Accessories and Ford collaboration will initially be rolling out in select markets.

The Ranger will be built at Ford's manufacturing plants in Thailand and South Africa beginning in 2022.

Local specifications and pricing will be announced closer to arrival.

The current Ford Ranger is the top selling 4WD ute, shifting 38,291 units from January to October, with the Toyota Hilux a close second at 34,238, according to the latest Federal Chamber of Automotive Industries' VFACTS report.