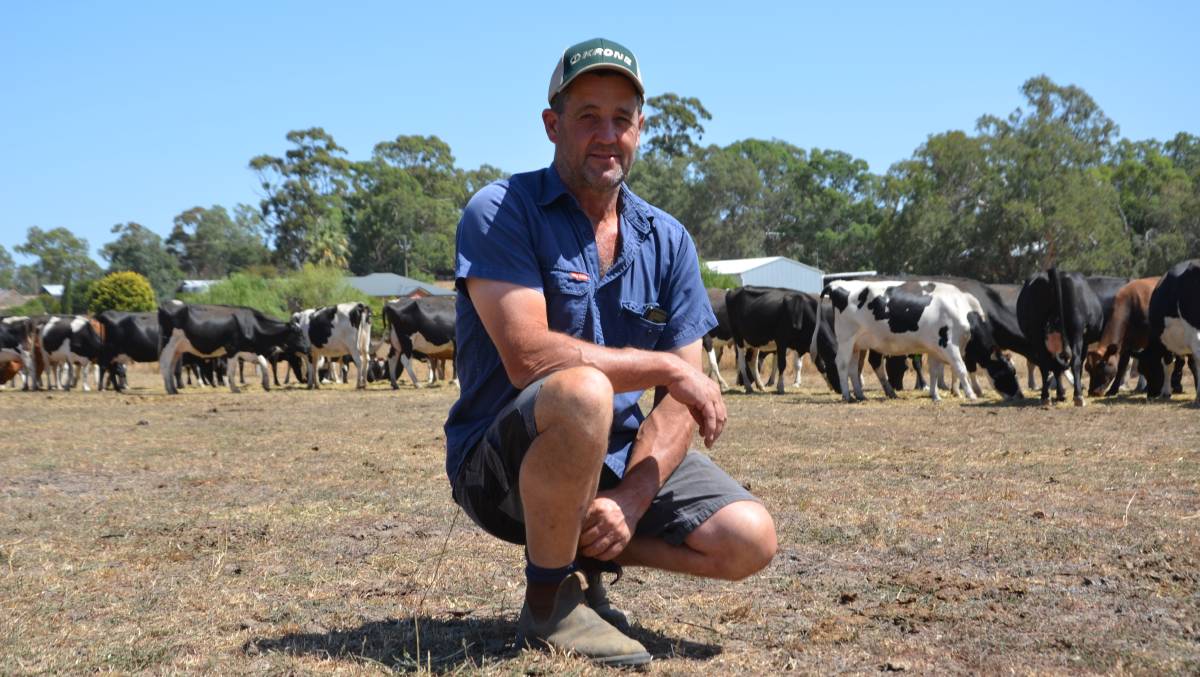 South Australian dairy farmer Rick Gladigau was elected the president of the Australian Dairy Farmers board at its annual general meeting on Thursday.

MOUNT Torrens, South Australia, dairy farmer Rick Gladigau was elected the president of the Australian Dairy Farmers board at its annual general meeting on Thursday.

Mr Gladigau was first elected to ADF in 2019, after being on the SA Dairyfarmers' Board since 2007, as well as holding other various dairy roles on boards and committees across the years.

"Advocacy and policy are nothing new to me at all," he said.

"I look at this as an opportunity to continue to work for not just SA farmers but working for all diaryfarmers around the country and to lead the advocacy and policy part of the Australian Dairy Farmers for the benefit of all dairyfarmers."

These three replace outgoing president Terry Richardson and independent director Victoria Taylor, who both did not stand for re-election, and NSW Farmers Dairy Committee chair Colin Thompson, who was not returned to the board.

Goals that remain front and centre for the "humbled" new president Mr Gladigau include climate, visas, labour, and - on an internal level - ADF membership numbers and an increase in collaboration between farms.

"It will be a benefit to everybody and hopefully streamline the process," he said.

"We have got a pretty good relationship already with the federal government and the opposition so we can build on those.

"We have got the milk labelling issue and the geographical indicators with the European free trade as well that we are still working through - there is never a dull day in dairy.

"I am probably pretty humbled, when I look at the people who have led the industry and Terry who has been the president for five years and what he has worked through and got the industry to where we are now and he has had some big ticket items to work with like Dairy Plan etc, I am fairly humbled to be in this position"

Mr Gladigau said funding was probably among the barriers he would face to achieve these goals but remained optimistic it was not out of reach.

"We have got a very good team in ADF, a very small but committed team, who certainly punch above their weight, but to be able to resource the business would be really good and to also employ a few more key staff," he said.

"Like I said I think we already have a good relationship with the federal government, with the ag minister and trade minister so we just need to keep building on that.

"You can never take anything for granted; there are always roadblocks that pop up along the way and little things that decide to step in the way or occasionally a big one, but we will work through that."

Mr Gladigau's term has not yet been decided.

"Given I am two years into a three-year term I would say I would have the role for 12 months at this stage until next year's AGM when I can stand again," he said.

"I probably thought about it for a long time but when it finally happens you kind of take a step back.

"We are here to achieve some results for the dairy farmers of Australia."

The story ADF board announces Gladigau as president first appeared on Stock Journal.