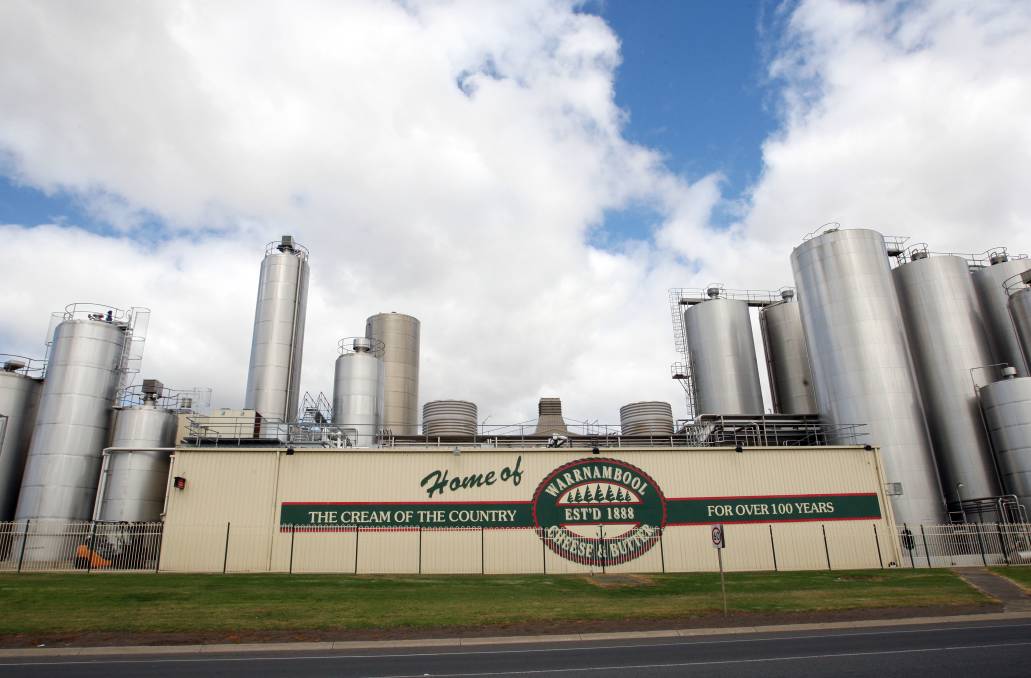 Curdled: Negotiations are on the point of boiling over between workers and management at Saputo's Allansford processing plant.

Key negotiations at Fonterra's Cobden plant have been more successful than Saputo's in Allansford.

Workers at Saputo's Allansford site and Fonterra's Cobden facility have been at odds with management over pay rises, with a Monday meeting set as the final chance to strike an agreement.

On Wednesday Fonterra was able to reach an in-principle agreement with its 175 Cobden staff for a period of three years, which is planned for official signoff on Monday.

Fonterra Australia regional operations manager Steve Taylor said it was "a fair deal for our workers and a responsible result for our business".

United Workers Union coordinator Neil Smith said he was pleased with the result and "the workers ended up getting everything they asked for", but said "the way Fonterra were bargaining was unprofessional".

"They finally came to the party on Wednesday," he said.

"Throughout the process we have approached all discussions in good faith," Mr Taylor said.

"We take pride in doing the right thing by our employees, and believe we all need to work together to fairly compensate everyone in our supply chain for the work they do," he said.

Saputo is much further from an agreement with its 800 Allansford staff.

One of the main sticking points in negotiations is the fact many workers are doing the same jobs on different rates of pay.

The pay differences stem from Saputo taking over smaller Victorian companies over the years, which all had different enterprise bargaining agreements with their employees.

The company hasn't renegotiated those EBAs in the years since, leaving various employees on different pay rates.

The Standard understands some workers are doing the same job for as much as $10 per hour less than others.

Workers are demanding "same work same pay", but Saputo is reluctant to raise all wages to the level of the best-paid workers.

OTHER NEWS: Proud to be a Dairy Farmer program showcases career pathways

Mr Smith said Monday's meeting would be "one last crack" at getting a deal, but the workers weren't budging on their demands.

He said during the COVID lockdowns management had offered a pay rise of 2.5%, which the workers had rejected.

"As it stands now, we are going on strike on Wednesday morning," Mr Smith said.

"Unless everything goes perfectly on Monday, we are striking."

The story Saputo dairy workers on verge of strike first appeared on The Standard.