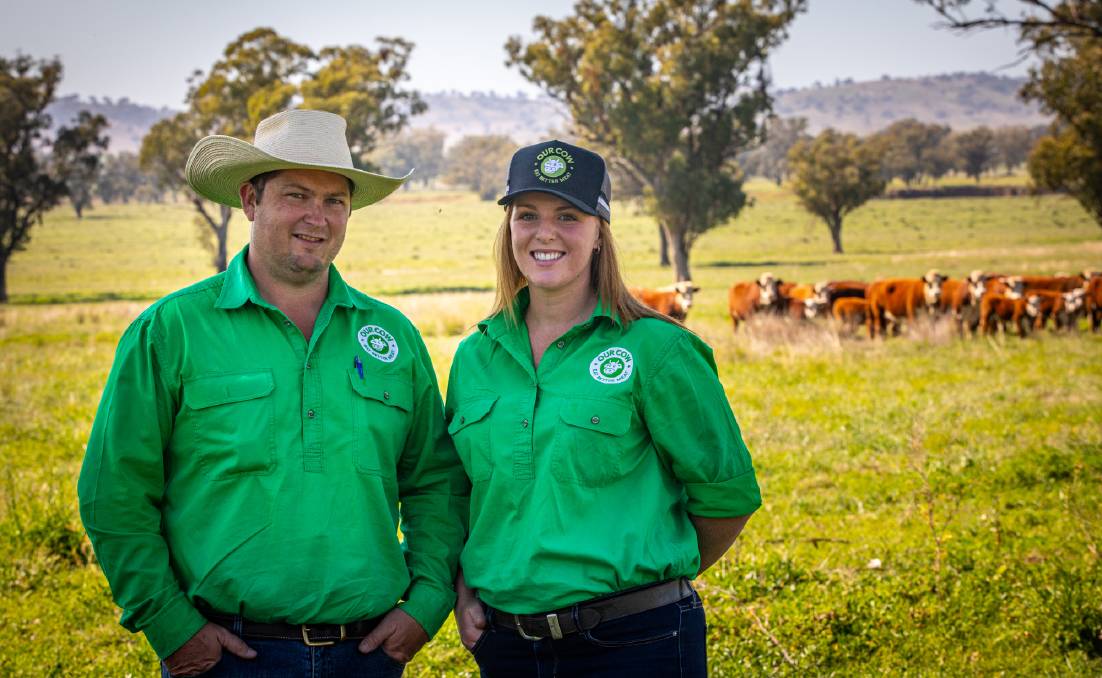 MOVERS AND SHAKERS: Northern NSW producers Bianca Tarrant and Dave McGiveron launched a meat subscription business to stay on the farm. It's now a $30m agribusiness with a hundred other producer suppliers.

Drought, bushfires forced a pivot and COVID fueled a phenomenon

WHAT began out of pure necessity just to stay in farming has become one the country's most successful agribusiness ventures that is chipping away at disrupting the boom-and-bust cycle of cattle production.

When drought, bushfires and rock-bottom cattle prices threatened to wipe out Bianca Tarrant and Dave McGiveron's dreams of being beef producers, they launched a meat box subscription service to sell their product direct to city customers.

That business, Our Cow, is today a $30 million affair, with a boning and packing plant, 30 employees and a hundred other producer suppliers. It delivers premium beef, lamb, chicken and pork to 20,000 customers from Cairns to Adelaide.

Pandemic-driven consumer desire to know where food comes from and how it's produced, and to support Australian farmers, has fuelled what was already a strong emerging trend for paddock-to-plate purchasing beyond the imagination of the young entrepreneurs.

However, it is the stability of returns to the producer the business is fostering that excites them the most because that will be what guarantees future prosperity in beef production, they believe.

The couple 'saved their buts off' to secure an 800 hectare block of native pasture cattle breeding country at Baryulgil in Northern NSW in 2017 and then went even further into debt to stock it with Hereford cows for weaner production.

Their property, Dubadara, was immediately hit with drought and the second lot of weaners they turned off at the annual Casino autumn sales did not even cover their expenses.

"We could also see the meat retail price wasn't as volatile and we were watching people in the city wanting to support farmers through the drought.

"This was a way to give them the opportunity to give that support at all times, through their food choices."

Our Cow was launched in March 2019 and by the end of that year, Dubadara had only 25 head left, having been ravaged by bushfires as well.

"We were overwhelmed and realised quickly we couldn't keep up the supply so we reached out to other farmers who produced in the same way we were - grass-fed, hormone and antibiotic free with very high animal welfare standards." 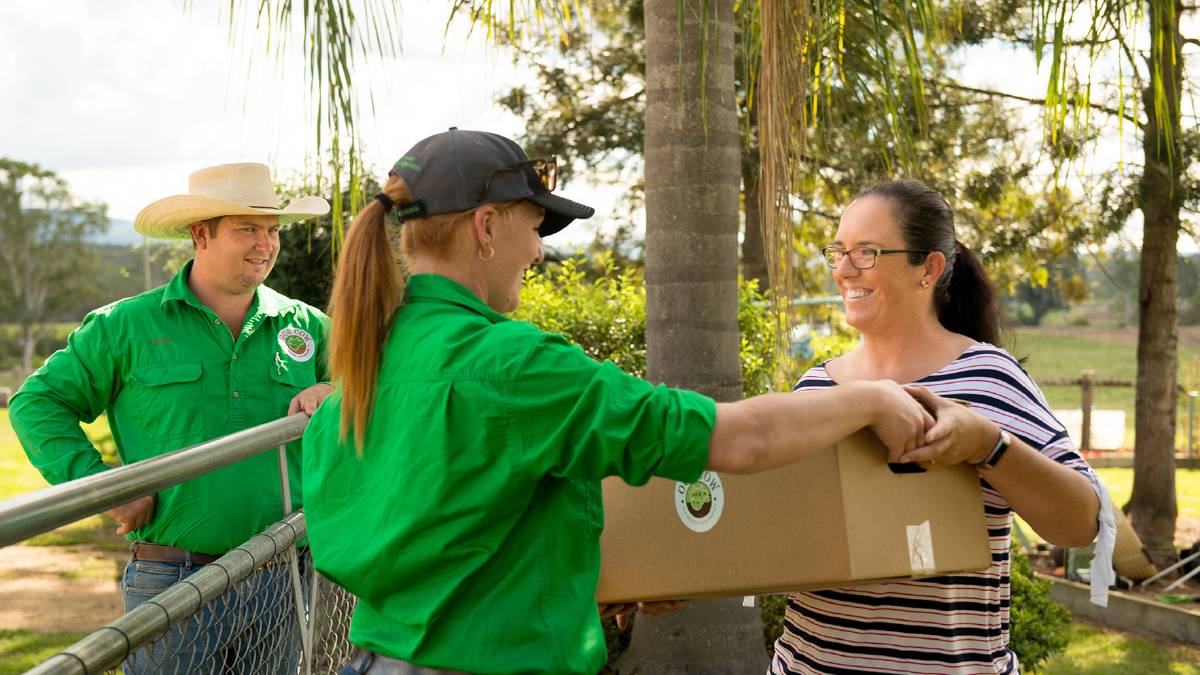 That supply network now covers NSW and Queensland and has expanded to grass-fed lamb, organic chicken and free-range pigs.

Every box sent out has the individual producer's name on it so customers can link back to the Our Cow website and see exactly where their money is going and how the animals are raised.

"Our customers want clean, green and sustainable, and to know animals are ethically raised, and to support rural people and communities," Ms Tarrant said.

"COVID made people even more aware of where food comes from and of food security and they wanted to support Australian production."

In the past six months, business growth has been to the incredible tune of 1000 per cent.

The season turned at Baryulgil and the cattle market started to climb to unprecedented levels but still Our Cow's suppliers stuck with the business.

"We've had to remain competitive of course and we still have one of highest grids in Australia but producers stayed more because it's a long-term relationship and one that builds stability and is a solution to the boom/bust scenario," Ms Tarrant said.

"Everyone needs to be making a dollar in the supply chain for it to be sustainable." 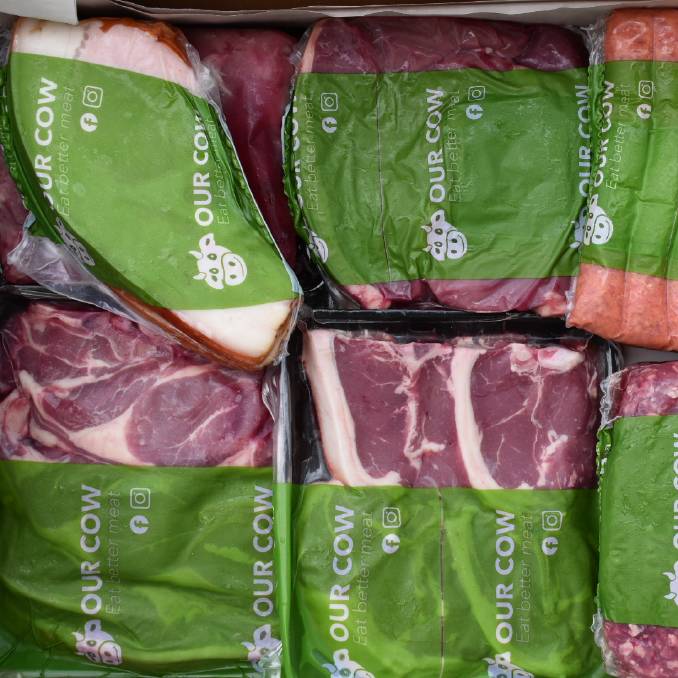 Our Cow has had to put its retail price up as cattle shortages pushed up the value of livestock but Ms Tarrant said when the drivers of that were explained to customers, there was a willingness to keep supporting the brand.

"It's about transparency and talking to customers about what is happening," she said.

That's quite a new dynamic, she agrees, and part of what they are trying to achieve.

"If it was just about selling our own livestock we'd be out of business," she said.

"It's about trying to disrupt the industry and bring some stability to returns for farmers."

Baryulgil is in flood right now and as calving gets underway, the place has never looked better.

Dubadara is back to running 150 breeders, and has switched to putting Shorthorn bulls over Santa-Hereford cows.

Start the day with all the big news. Sign up below to receive our daily Red Meat newsletter.