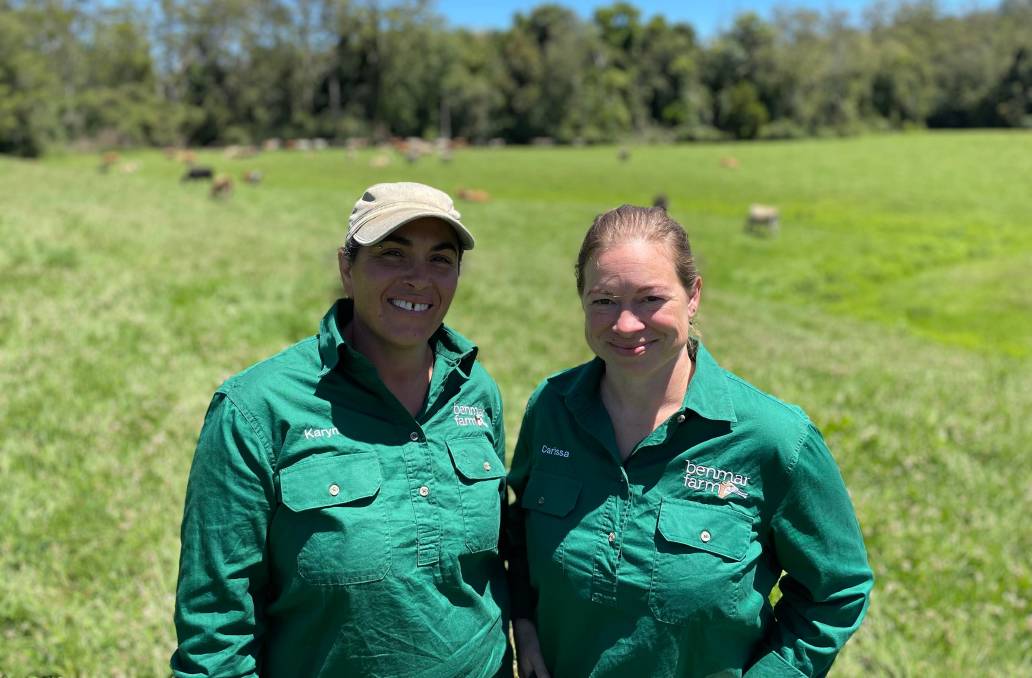 Dairy farmers: Benmar Farmers Karyn Cassar and Carissa Wolfe at the Hannam Vale property with their cows in the background.

Benmar Farm is located at Hannam Vale on the Mid North Coast of NSW.

Patience has paid off for the women behind the dairy farm Benmar.

The farm is located at Hannam Vale, south of Port Macquarie, on the NSW Mid North Coast, and produces sustainable milk from humanely-raised cows.

The property was purchased by Karyn Cassar and Carissa Wolfe in 2013 and it's taken years for the women to see the results of their hard work, given the production of dairy relies on following the natural cycle of the environment.

"We wanted a farm that was going to be climatically resistant and to do that you have to work with nature, rather than make nature work for you," Ms Wolfe said.

"Eight years on, we can say we can commercially produce milk in a way that is done with cows in their natural environment and having a respectful interaction with the animal."

Benmar Farm supplies milk to Norco Milk Co-operative, where it is branded as Norco Organic.

Ms Wolfe grew up in the mountains of Montana, but spent several weeks a year at her grandfather's beef ranch in California.

"For me it's really about the contact to food and where your food comes from," she said.

Her grandfather had a house cow, which would produce the milk used to create yoghurt, butter and cheese.

"I grew up watching him treat his cow with absolute reverence and care," she said. 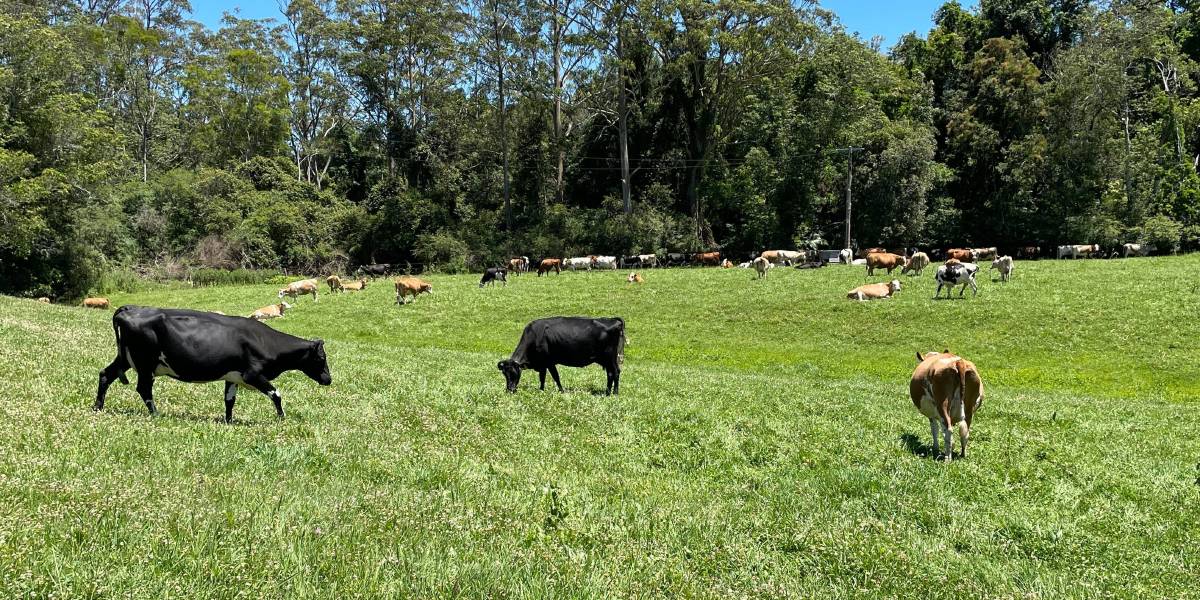 Happy cows: The animals at Benmar Farm are free to roam in their natural environment.

Ms Wolfe said she was shocked when she left home and it became apparent people were disconnected from the jug of milk and the care of the animal.

"Why would you drink milk from cows which are stressed out?," she said.

Ms Wolfe said cows needed to be treated in the same manner as a breastfeeding mother, where care was taken to ensure they were lactating in an environment which was clean, and they had access to nutrients, which were beneficial to their offspring.

"We might have a commercial dairy, but every one of those cows is a house cow, in terms of that relationship," she said.

Agriculture is in Ms Cassar's blood, as her Maltese ancestors were farmers who immigrated to Australia after the World War II.

However, she is the first person in two generations to return to making her living solely from the land.

When she finished school Ms Cassar began working on farms and was offered a place as an apprentice on a dairy farm on the south coast.

"I fell in love with the dairy industry because of that," she said.

"Prior to that, why would you want to get up at 5am to milk cows everyday?"

The women were in their mid 20s when they moved to America together and for 13 years they decided to work on their expanding their education about the business operation of the dairy industry.

"So that when we got a dairy for ourselves we could give it our best possible shot," Ms Cassar said.

Financial skills, the women believe are crucial to making a farm business succeed, as hard work is not enough to save it if a economic crisis were to hit.