For John and Lia Christensen, the dairy industry has been a life-long passion. 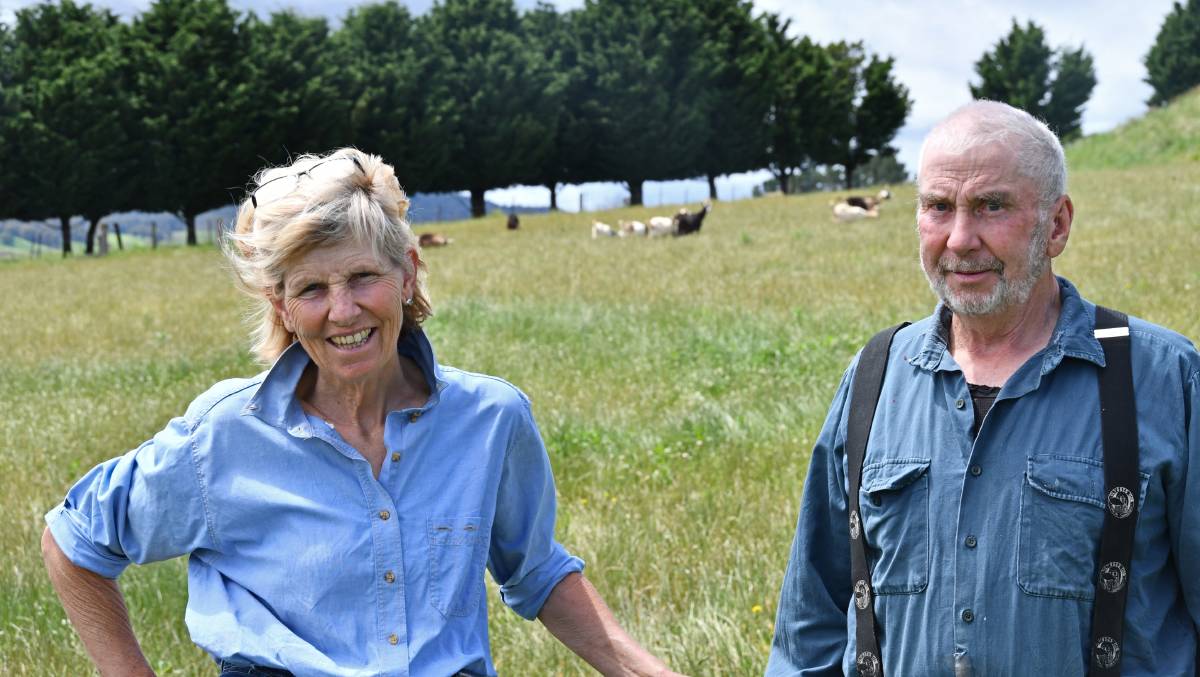 NESTLED in the rolling hills of Nowendoc in the Northern Tablelands, some of the finest dairy products in NSW are being created.

For more than a decade, New England Cheese has been creating products such as Jersey yoghurt, cream cheese and Jersey milk for independent supermarkets, cafes and Harris Farm Markets in Sydney.

Producing sheep, cow and goat dairy products, owner-operators John and Lia Christensen have spent decades mastering their craft in both Europe and Australia.

The operation runs East Friesian sheep, Jersey cows and British Alpine-Boer crossbred goats and completes every step of the manufacturing process in house.

"This was originally a retirement property but it became bigger than Ben-Hur," Mr Christensen told The Land.

"We have been here for 11 years and prior to that we had a factory in the Riverina, where we were among the first people to start milking sheep in Australia in the 1970s'.

"At the moment, we milk sheep and goats and have a contract for our Jersey milk, although they aren't milked on site anymore while plant modification is being completed.

"We put about 65 cows through our weekly production, but we have handed that out to a few other companies."

As the years have progressed, the reach of the company's products has grown, now being stocked in supermarkets across NSW and into Queensland.

"There's only two of us, we process every week for deliveries into supermarkets on Tuesday so that it hits the shelves for the back end of the week," Mr Christensen said.

"We handle every step of the process from rearing the livestock, to milking the sheep and goats, to manufacturing and even delivering the products into Newcastle.

"I'm nearly 80 and I'm looking to slow down a bit, so we have had to say no to a few companies because we just can't keep up with them."

Like many industries within the agriculture sector, labour shortages have been one of the biggest hurdles to overcome for the company.

"We do have a problem getting labour, so we've had to automate most of our production," Mr Christensen said.

"We do try to employ people but they are just not available.

"It is a bit of a problem and we have gone down the path of using backpackers in the past, but the way I look at it, a backpacker regardless of how hard they work, is still on a holiday and eventually has to leave."

OTHER NEWS: Finding opportunities in net zero for dairy

However, Mr Christensen believes one of the biggest challenges facing the dairy industry is a lack of educational opportunities.

Both Lia and John did postgraduate studies in dairy science at the University of Melbourne, which like all tertiary education centres in Australia, no longer offers the course.

"If I was to put someone on as a cheese maker tomorrow, I would not be able to train them in Australia," Mr Christensen said.

"We would have to send them to New Zealand, which I think is really a bit stupid.

"It's a real problem facing everyone in this industry in Australia because if the universities don't want to train dairy technologists, it makes it too difficult to learn the craft.

"It comes down to making sure those who are making the products know what they are doing to ensure no one gets sick because no one wants that, but we are also looking to ensure the industry's continued growth, which I don't think we can do without those educational opportunities."

Despite the challenges brought about by a shortage of qualified workers, Mr Christensen said the COVID-19 pandemic had caused a spike in demand for locally-produced dairy that could be home delivered.

"In this valley, there is another producer who works with goats near Armidale, but as far as I know, we are the only ones who do sheep, goats and Jersey milk, which I think is special," he said.

"We're just upgrading now with new dairies and we're ordering new packaging machinery to meet the new customer demand, so we are certainly looking to grow.

"I've been in this industry most of my life and if I was given a chance to start again tomorrow, I wouldn't change a thing."

The story New England Cheese the product of a life-long passion first appeared on The Land.