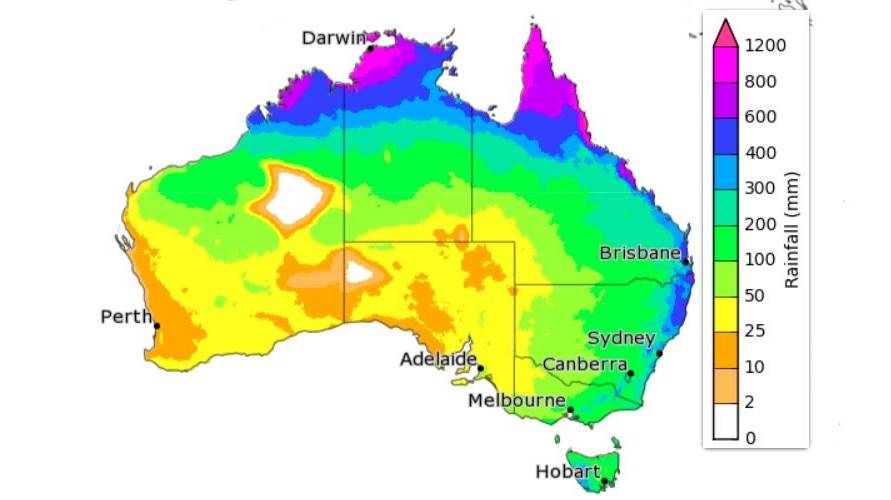 THE NEXT THREE MONTHS: The expected 75 per cent chance of rainfall totals for the three months from December 2 through to February 28. Source - BOM

The eastern two-thirds of Queensland can expect above average rain in December to February, adding to an already wet start to summer.

THE eastern two-thirds of Queensland can expect above average rain in December to February, adding to an already widespread wet start to summer.

Particularly attention is being paid to the week of December 6-12 as a particularly wet week, with the Bureau of Meteorology forecasting a trough is likely to move eastwards across Queensland during that period.

BOM's latest three monthly outlook shows eastern Queensland, NSW and eastern Victoria as having a 70-80 per cent chance of a wetter than usual summer.

The rest of Australia has a roughly equal chance of above or below median rainfall. 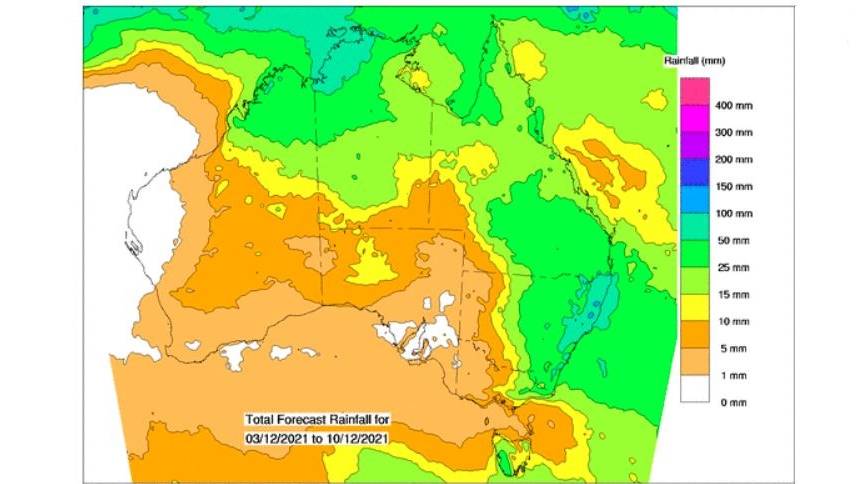 However, some parts of central Northern Territory and northern South Australia are likely to have below median rainfall.

BOM says there is also an increased chance of unusually high rainfall - in the top 20pc of historical records - for December to February over most of eastern Queensland, NSW and Victoria, and well as some areas in the NT, SA, and Western Australia.

Want daily news highlights delivered to your inbox? Sign up to ournewsletter below.